Taliban warns to fight back if strikes were resumed

The Taliban have warned that if the Afghan forces started an operation against them, they will also retaliate by attacking the forces. The dual attacks that rocked the Afghan capital received condemnation from all over the world due to the deaths of innocent children, women & citizens. Who is behind these attacks? Is this an attempt to sabotage the Afghan peace process? 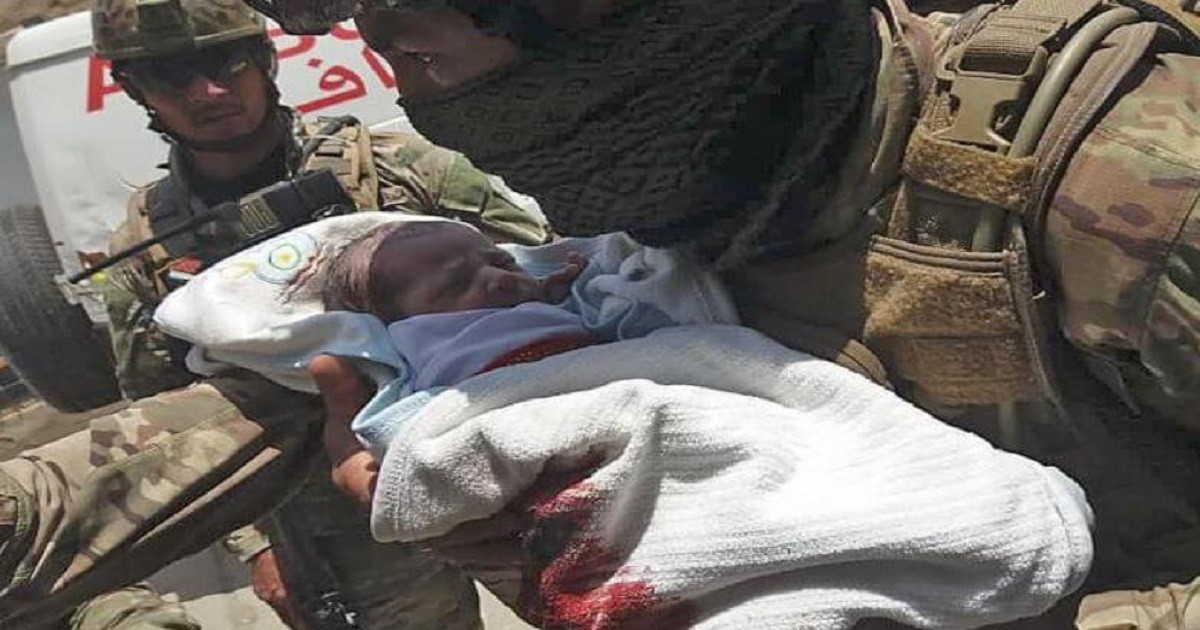 The Taliban warned Wednesday it was ready to fight back after Afghan forces were ordered to resume strikes in response to a series of deadly attacks, further unraveling a fragile peace process.
A brazen daylight assault on a maternity hospital in Kabul on Tuesday — which killed at least 14 people including infants and nurses — was followed by a blast at a funeral in the country’s restive east, leaving 24 mourners dead.

President Ashraf Ghani blamed both attacks on the Taliban and Islamic State, ordering Afghan troops to “return to offensive postures, and resume their operations against the enemy”.

But the Taliban, which denied involvement in Tuesday’s attacks, warned it was “fully prepared” to counter any strikes by Afghan forces.

“From now onwards the responsibility of further escalation of violence and its ramifications shall fall squarely on the shoulders of the Kabul administration,” it said in a statement early on Wednesday.

The aggressive posturing raises fresh questions about the fate of a hoped-for peace process that is teetering just as Afghanistan grapples with a public health crisis.

Ghani had earlier vowed to only react defensively to Taliban attacks to show good faith ahead of eventual peace talks, set out in a landmark deal between the insurgents and the US in February.

The Taliban have largely abstained from launching any major attacks in Kabul and other cities since the deal was signed.

It has, however, carried out regular attacks against Afghan forces in several provinces.

They have blamed the Islamic State and elements of the government’s intelligence units for the latest attacks.

The Islamic State group said it was behind the funeral suicide bombing, but the hospital attack has not been claimed.

Top US officials, including Secretary of State Mike Pompeo who noted the Taliban’s denial of responsibility for Tuesday’s attacks, have urged the Afghan government and the militant group to ensure that the peace process succeeds.

“The Taliban and the Afghan government should cooperate to bring the perpetrators to justice,” Pompeo said in a statement.

The US Special Representative to Afghanistan, Zalmay Khalilzad, further pushed the two sides to work towards peace.

“Failure to do so leaves Afghanistan vulnerable to terrorism, perpetual instability, and economic hardship,” Khalilzad said on Twitter.

Talib, Afghan govt cooperation against a common enemy that perpetrates such crimes is necessary as is cooperation on containing COVID. Failure to do so leaves Afghanistan vulnerable to terrorism, perpetual instability & economic hardship. Now is the time to press forward on peace

The accord with Washington sees all US and foreign forces quit Afghanistan over the next year.

The Taliban have broken off talks with the Afghan government on a prisoner exchange, the main step in peace talks being brokered by the United States after it agreed on a troop withdrawal pact with the armed group.

In a tweet first sent in Pashto around midnight on Tuesday (19:30 GMT Monday), the Taliban’s political spokesman Suhail Shaheen said its technical team would not participate in “fruitless meetings”, and the release of their prisoners was being “delayed under one pretext or another”.
Read more: Afghanistan violence rises amid US-Taliban talks: watchdog

“Therefore, our technical team will not participate in fruitless meetings with relevant sides starting from tomorrow,” Shaheen, who is based in Doha, said in a subsequent tweet in English.

(2/2)
But, unfortunately, their release has been delayed under one pretext or another till now. Therefore, our technical team will not participate in fruitless meetings with relevant sides starting from tomorrow.— Suhail Shaheen (@suhailshaheen1) April 6, 2020

Washington signed a deal with the Taliban in late February that required the Afghan government – which was not a signatory to the accord – to free 5,000 Taliban prisoners, and for the armed group to release 1,000 pro-government captives in return.

The pact between the United States and the Taliban, under which US-led international forces will withdraw in exchange for Taliban security guarantees, is seen as the best chance yet of ending the 18-year war.

But peace hinges on talks between the US-backed Afghan government and the armed group. A prisoner exchange is meant to build confidence on both sides for those talks.

Taliban and Afghan government representatives have been holding talks in Kabul since last week to try to finalize the prisoner swap that was originally supposed to have happened by March 10.

Op-ed: Pakistan should be cautious of the TTP even as terror group loses relevance in a new...