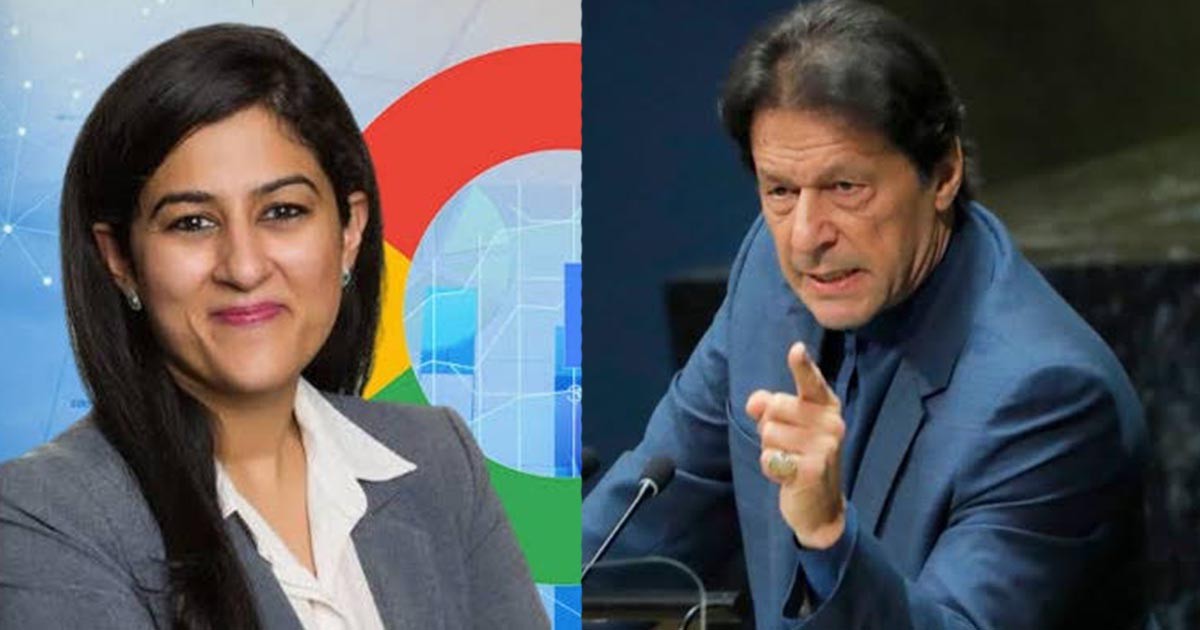 Tania Aidrus’ resignation from her lucrative post as a Google Executive to lead Pakistan’s recently launched Digital Program has generated an interesting yet pertaining debate on PM Khan’s inclination towards women empowerment.

But but Imran Khan is misogynist and against women empowerment. pic.twitter.com/leuyhs91Ug

Best brains have started to serve pakistan now.. A breeze of hope.

@KhurramHusain bro hopefully these two projects will become legacy of IK when he will leave the govt, although there are many other things that PTI is working on and I expect you will certainly see improvements in certain areas soon.

Where the advocates of Prime Minister Imran Khan appreciated his decision of instilling a woman to spearhead an imperative drive for the technological revolution in the country, they also asked his detractors if they would still call him a misogynist?

People cherished his decision and described it as a hallmark in promoting women empowerment in the country. They deemed that Tania Aidrus’s in charge of the PTI’s Digital Program will spur the women’s participation in the country’s digital and IT sector that currently records a gender disparity.

Twitter users asserted that with the inclusion of the two competent women to lead PTI’s two flagship programs- Tania Aidrus, the head of Digital Pakistan initiative and Dr.Sania Nishtar leading a grand and multi-dimensional Ehsaas Program for the poverty alleviation, Prime Minister Imran Khan has effortlessly cracked the negative perception of misogynism thrust against him.

His critics had vehemently branded his as the misogynist sullying his image throughout the election campaign and even after assuming the premiership.

Reham Khan, his arch-rival and former wife, had ridiculed him in one of her recent articles for an international outlet. Reham Khan has drawn a comparison of personalities between Britain’s new Prime Minister, Boris Johnson, and PM Imran Khan.

Two brilliant women ….. lots of respect for them ….. inspirational

She further wrote that Johnson’s discord with his young girlfriend was immediately followed by a leaked picture of the couple sitting on garden furniture. Reham recalled, Imran Khan too shared a picture of her playing cricket with children in the Bani Gala residence, following the speculation of their divorces beamed on news channels.

His critics had severely chided him for passing sexist remarks against PPP’s Chairman Bilawal Bhutto Zardari.

Nevertheless, several users pointed out the provincial government of KP’s remarkable effort to lead legislation on the protection of the women from domestic violence and securing their rights in inheritance.

Also, not to mention… Women Property Act 2019… Probably a biggest moral victory for PTI Government… Alhamdullilah, I choose to Vote PTI… I am proud

But such noticeable efforts to promote women empowerment in Pakistan does he still merit to be branded as a misogynist asks proponents of Imran Khan on social media.