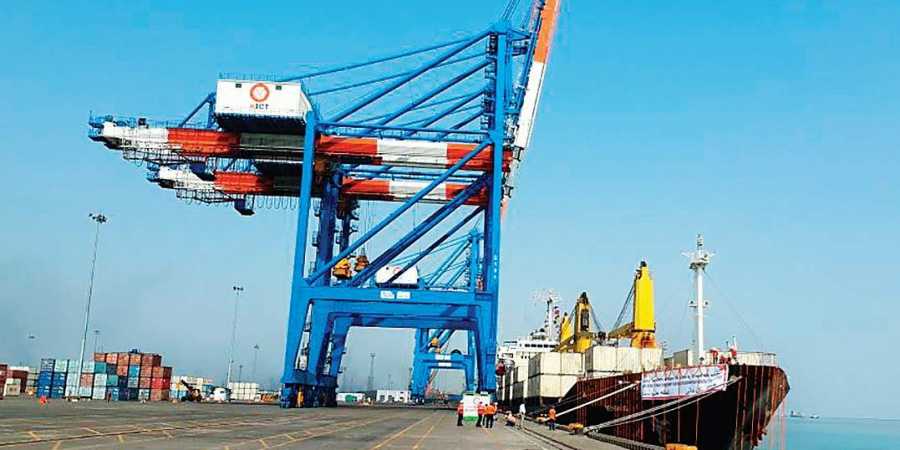 The United States said Tuesday it would exempt Iran’s Indian-backed port of Chabahar from new sanctions on Tehran, recognizing the value of the project to Afghanistan.

Iran late last year inaugurated the port on the Indian Ocean which provides a key supply route to landlocked Afghanistan and allows India to bypass its historic enemy Pakistan.

The United States will exempt from sanctions the development of Chabahar along with an attached railway project and Iranian petroleum shipments into Afghanistan, the State Department said.

Iran has plans to link the port by railway to Zahedan on the Pakistani border up to Mashhad in the northeast.

“This exception relates to reconstruction assistance and economic development for Afghanistan. These activities are vital for the ongoing support of Afghanistan’s growth and humanitarian relief,” the spokesperson said.

The United States, which has been building closer relations with New Delhi since the late 1990s, earlier exempted India from sanctions that took effect on Monday.

The Trump administration has vowed to exert maximum pressure on Iran to end its support for regional proxies, exiting a denuclearization agreement that brought sanctions relief.

Iran late last year inaugurated the port on the Indian Ocean which provides a key supply route to landlocked Afghanistan.

Trump’s decision has been opposed by European powers as well as other nations including India, which has largely warm relations with Iran and accuses Pakistan of fomenting attacks on its soil.

India has poured $2 billion into Afghanistan since the 2001 US-led overthrow of the extremist Taliban regime, which was also opposed by Iran.

India has seen Chabahar as a key way both to send supplies to Afghanistan and to step up trade with Central Asia as well as Africa.

Iran has plans to link the port by railway to Zahedan on the Pakistani border up to Mashhad in the northeast.

For many, allowing India to invest in Chabahar helps the US in many ways. Primarily it helps in wooing India to its side against China. Also, Chabahar helps in offsetting Pakistan’s Gwadar which is the base of the China Pakistan Economic Corridor (CPEC). The use of Chabahar as a base of operations to destabilize Pakistan. as manifest in the arrest of Indian intelligence Officer Kulbhushan Yadav, will alincreasease as Indian footpath will grow in Iran.

IHC throws out petition against cricket team after win over SA

Info minister Shibli Faraz blasts Ayaz Sadiq, but will government do anything?