Federal govt. cares about people & their jobs but they have given green signal to only a few sectors for operation. Why can not we open more industries? Yes, we can! And we shouldn't forget SME industry that is lead employer in Pakistan. Dr. Kamal Monnoo presents 6 key suggestions to PTI govt for the management of current economic crisis. 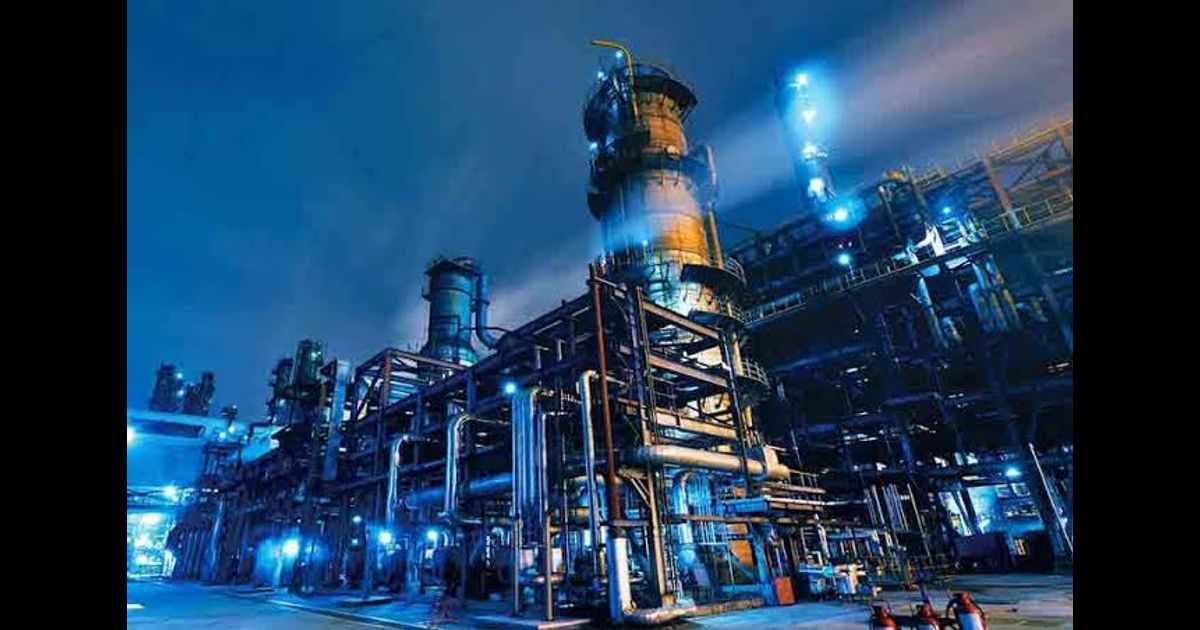 As expected the process of restarting the industries has been nothing short of a comedy of errors! While we have some industries that just kept running and never really shut down, as they fell in the bracket of ‘essential supplies’, with the term ‘essential’ being stretched to every possible imagination. Others kept running on the pretext of undertaking manufacturing of healthcare items or being key exporters (whatever constitutes the term ‘key’).

There were also some industries which operated on the grounds of simply being too big or important to be closed down, the ones that closed down or remain closed are either in the SME (Small and Medium-sized Enterprises) sector or belong to the breed of entrepreneurs who believe in playing by the book.

Is Industrial Closure A Bad Idea?

As if this glaring dichotomy was not bad enough, we have on record special circulars that blatantly favor business houses by exclusively mentioning their names. They are being allowed to operate without any hindrance.  The Prime Minister holding an audience with a few selected businessmen, and the Commerce Minister openly delegating preparation of ‘industrial policy amidst COVID-19’ to PBC (Pakistan Business Council) – a select big boys business club and currently a rather fluid situation (as one writes) are poorly timed optics especially when clear SOPs on safety protocols for re-opening industries, across the board, remain missing.

Ironically, SMEs not just in Pakistan but also across the globe are always the main employment providers and the backbone of any growth drive with a purpose to simultaneously achieve ‘equitable distribution’. Little wonder that industrial areas like Faisalabad, Sheikhupura, Gujrat, Jhang, Kasur and Gujranwala are currently boiling and the out of job labor there perhaps at its tipping point!

This author has maintained from the very start that industrial closure in principle is always a bad idea – If there is a problem then it is the government’s job to manage it and in-turn keep jobs and supply-chain intact. From what we are being told, we are in a state of war and if indeed so, then wars are either somehow always about economics or are invariably won or lost due to it.

Lessons From The Past

Mughals lost the war for India when their treasury went dry owing to Emperor Aurangzeb’s financial mismanagement; Germans lost the two World Wars when eventually their resources ran out; USSR broke into fragments, as its coffers went dry; Germany was to ultimately reunite primarily on the strength of its finances; the UK failed to retain Honk Kong due to China’s rise as an economic powerhouse, and the list goes on.

Point being that this war for Pakistan, like any other country, will be fought as much on the economic front as on the medical or any other front for that matter. And when have wars ever been fought without any casualties? So here also there will be accidents, new battlefronts springing up as we go along, pain, courage, errors and all the usual things that are a part of parcel of any war – and like any other war the victory will invariably be dependent on the quality of leadership.

The wartime leader needs to provide unity, fairness, honesty and a clear road map that motivates all stakeholders. This is why it is so important that in undoing the industrial closures the process should entail uniform guidelines and opportunities for everyone across the board, and not just a select few based on their financial muscle. The criterion should not only be clear and practical for everyone involved, but the government should also facilitate the small and medium-sized businesses – with resources and expertise – in implementing the new COVID-19 safety and prevention protocols.

Further, it is a management issue and therefore merits a management solution, meaning, instead of involving controversial agencies like the Police, IB, etc., for enforcement, the compliance should be handled through professional third party accreditation bodies such as SGS, BV or perhaps even the governmental PSA. The sooner a transparent and friendly policy in this regard is rolled out the sooner the government will get to redeem itself from the follies committed over the last few weeks.

No denying the fact that Pakistanis are an extremely philanthropic lot (unofficially ranked amongst the top three in the world in terms of private charity) and one can only laud the government’s efforts in quickly announcing relief packages for the unemployed daily wagers and the poorest of the poor, but make no mistake that such measures will only do so much and regrettably, tend to be in-effective beyond a certain point.

Aid The Employer, Shield The Job

In economic history, cash grants have never had a success rate and naturally are not considered a sustainable solution. The highest success rate ever of money reaching the rightful pockets and delivered when it was needed, dates backs to the 80s in Chile’s experience of cash dole-outs and that too with a success rate of barely in the 50s percentile. Now Chile has a relatively small population, so imagine the kind of ineffectiveness such programs can suffer in a country like Pakistan with a 220 million population-count and a rather embarrassing track record on administrative corruption.

In the aftermath of complete shutdown due to the outbreak of coronavirus across the country, 18 million Pakistanis employed in different sectors of economy may lose their jobs. https://t.co/5jpqNVoctw— NayaDaur Media (@nayadaurpk) March 25, 2020

So, the solution only – and only – lies in keeping the jobs secure and by aiding further employment generation – Old Confucius saying that goes something like, it is always better to teach a man to fish than feeding fish to a 100 men. This is what all prudent and sensible governments are doing in their respective wars against the COVID-19 pandemic – “Aid the employer, shield the job”. For example, countries like France, Austria, Czech Republic, Sweden, Denmark, Germany and many others were quick to announce a host of measures directly aimed at helping businesses, albeit on the precondition of keeping jobs.

Each one of them has a complete toolbox of helping measures for businesses to select from, depending on their peculiar requirements. Thankfully the West learning from the 2008 financial crisis, when it didn’t take aggressive steps to support workers and businesses (unemployment jumped to 10% & stayed there for nearly half a decade), this time, by contrast, it is doing things differently.

Pakistan also needs to follow suit. The state has a social contract with its people, which broadly comes about in two ways: a) where the State takes over everything and undertakes upon itself to assumes full responsibility of people’s needs, and b) Where the state provides an enabling environment to let the market forces take hold in finding the most efficient, optimum and sustainable solutions to people’s on-going and often changing needs. Now we know the former failed many nations many times and for good or bad or for whatever it is worth, the latter still offers the best outcome.

Even for models that tweak the capitalist model with more social leanings, like in the Scandinavian countries, the model is still essentially of a market economy. For example, Denmark, despite being classified as ‘democratic socialism’, in effect relies on some of the most globally competitive multinationals in the world (A.P. Moller-Maersk, Danske Bank, Novo Nordisk, Carlsberg Group, Vestas, Coloplast, the Lego Group, Novozymes, etc.) and a very robust SME private sector on the pattern of Germany’s Mittelstand, both serving not only as the linchpins of employment generation but also for ensuring social safety nets for the Danes in their times of need.

What Should The Pakistani Government Do?

So, the question is that what next can the Pakistani Government do? The answers to this are all inter-twined and go back to the very basics of sound economic governance, entailing the following:

1. Unleash a new revised/updated industrial policy that takes into account new realities post COVID-19. This means partnering businesses, factories, workplaces, farming and all other sectors (especially the SMEs), intangibly helping them to establish the required safety and health protocols under the revised global codes. Remember this has become necessary both for the new sanitizing requirements of the domestic markets and for meeting the post-COVID-19 compliance requirements for exports.

2. The markets are going to be distorted and countries are going to turn increasingly protectionist during the foreseeable future, thus leading to a scenario wherein the next few years earning proportionately to foreign debt repayments is going to be extremely challenging, to say the least. Recognizing this reality, we also need to start re-negotiating our national external debt, lest we miss the bus.

3. Cost of doing business will need to be brought down and private capital needs to go to work instead of lying idle in the banks, and for this the interest rates need to be quickly brought down to around 6%. The inflation, as we know, is already de-escalating and was recorded at a single-digit figure of 9% in March 2020. With pressure on demand and capitulating global commodity prices, this inflation figure is expected to go down further in the coming months.

4. Some closures are inevitable and need to be taken in one’s stride without panicking about them. Packages, grants and help aside, some business houses are always going to balk at the efforts or the relief provided and instead ask for more or outright bailouts. It will take some expert analytical handling to ignore such demands that stem from personal greed or sheer corporate incompetence.

5. Amnesty schemes, in general, tend to distort markets and disturb the delicate market-investment-equilibrium between different sectors. This carries the risk of negatively skewing the very underlying pattern of long-term investment growth; rather then taking away the incentive to work legitimately for the businesses that thrive on operational excellence instead of fraud.

For a moment, the FATF sensitivities aside (which by the way cannot be taken lightly), even with a thought of genuinely encouraging a healthy business environment in the country, nothing could have been more damaging than (yet again) providing another sector-specific money whitening scheme. Either it should be withdrawn or limited to no more than 6 months (i.e. marking the peak-hit COVID-19 period).

6. Lastly, once again, as one has been consistently advocating that to achieve the above goals this government needs help and will do well by quickly assembling some good human resources comprising of competent professionals in their respective fields.

FIEDMC and TEVTA will open a training university for employees

Salaries Expected to Decrease Further for Pakistani Working Class in 2020