‘Teefa in Trouble’ teaser to be released during PSL opening ceremony 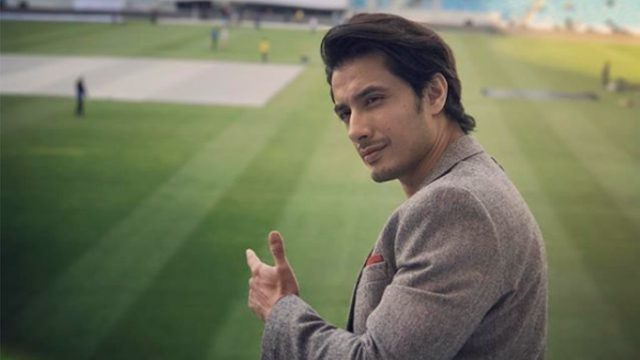 Ali Zafar is set to release the trailer of his debut Lollywood movie ‘Teefa In Trouble’ at the opening ceremony of Pakistan Super League 3 on February 22nd, 2018 in UAE. The star singer made this announcement in a social media post. Ali Zafar is paired with the gorgeous Maya Ali in his upcoming film.

Thousands of spectators attending the grand opening ceremony of the Pakistan Super League will enjoy the first glimpse of the movie at Dubai International Cricket Stadium.

Ali Zafar is amongst the few Pakistani artists that have succeeded in Bollywood. The Pakistani singer made his Bollywood debut with ‘Tere Bin Laden’ in 2010. Since then Zafar has featured in multiple Bollywood movies. He collaborated with some A-list actors of Indian film industry in movies like ‘Mere Brother Ki Dulhan’, ‘Kill Dill’, ‘London, New York, Paris’ and ‘ Dear Zindagi’.

Ali Zafar is hoping to give the same powerful performance in his first Lollywood flick ‘Teefa In Trouble’. The movie has been in the pipeline for a year. Media reports suggest the movie contains multiple action-packed scenes from uber-talented Ali Zafar.

In a recent interview, Ali Zafar elaborated his reasons for signing up for the movie.

“Teefa in Trouble is an action romantic-comedy. It’s been designed to entertain from the very beginning to a point where we hope you laugh, you crack-up, but we’d also like you to shed a tear and feel the emotions. We’d like to see you dance to our songs and ultimately, provide a cinematic experience that hasn’t been done here yet.”

“I’ve said this before too – whatever I do, I want it to be more than just fluff and there’s a deep message embedded in the film – something I feel more people need to understand.”

“I’ve had faith in ‘Teefa in Trouble’ since the very first day, and that’s why we were able to wind it up within seven months and shoot dangerous action sequences and stunts. And when you have faith in something, you have to believe in it blindly and follow it with all your heart and passion, ” said Ali Zafar.

No threat in training Saudis: US Pentagon

Dalits uprising in India: a political sham that promotes violence