Terrorists are the real Social Media criminals we should be tackling! 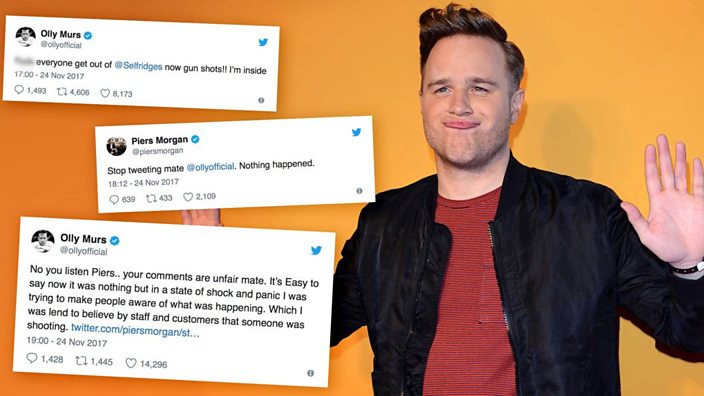 After every terrorist attack we launch an anti-terrorism operation, and how this shapes the politics on terrorism is now a national dilemma. Our security policy, is reactive and reactionary and changes with every fresh wave of terrorist activity.

There is no sense of consistency and robustness in our policies both at national and international fronts. In other words, we haven’t realized the real essence of terrorism and its roots that are threatening our national security. As a result, innocents being blown up has become a course of life every day.

The killing of Umer Mubeen is the biggest failure of our security policy which has never been constructed on intelligent and advance basis.

The fresh wave of terrorist blasts in all four corners of the country and beginning of Radd-ul-Fasaad operation opened a new chapter of  debate which was intensified by the recent recovery of dead body of high-rank intelligence officer and ex-CJ’s relative Umer Mubeen Jilani in Multan dressed in ‘Orange color’ (which is famous for ISIS’s prisoners).

From the incident, the observer can see how deadly is the situation we are facing? The killing of Umer Mubeen is the biggest failure of our security policy which is not being constructed on an intelligent and advance basis. Umer Mubeen case is an open challenge to Security agencies. Denying the presence of ISIS in Pakistan is giving leverage to Daesh in Pakistan which will prove even more threatening than the Pakistani Taliban.

After ISIS establishment in 2014, almost all smaller groups of Taliban have joined Daesh chapter of Khurasaan. Jamat-ul-Herar, Ehsanullah Ehsan group, furious leaders of Sajna Mehsud group are are few names. Deadly attacks and activities from Safoora Goth in May 2015 to the recent killing of Umer Mubeen represent that ISIS has recruited numbers of terrorists in Pakistan and have a strong network who work under different names with different strategies.

Read more: Afghanistan: 30 dead in an ISIS attack on hospital

Daesh is eagerly looking towards Khurasan (Afghanistan and Pakistan) which will surely be supported by the U.S and Russia in order to counter each other for regional interests.

Since ISIS announcement of Pak-Afghan region as a ‘Khurasan province’, Daesh activities are rising day by day. The arrest of ISIS’s eight members group from Lahore and six from Nushki-Balochistan last year shows that ISIS is present in Pakistan. The Quetta Civil hospital blast, attack on Police center in Quetta credit of which was taken by Daesh, the suicide attack on Nurani Shrine, Kuzdar and the recent killing of Umer Mubeen in Multan who was kidnapped in June 2014 must be taken seriously into the account and all these attacks have direct or indirect links with ISIS.

The denial ISIS’s presence in Pakistan by Interior Minister Chaudhry Nisar is a confidence enhancer for the population only for a short period of time. It has nothing to do with future. His statements will create more challenges for security agencies. Ignoring Daesh’s deadly attacks and a network is threatening and will place more barriers in the way to ending terror networks in Pakistan.

ISIS is facing serious challenges in the Middle East from the Iraqi army, Kurdistan liberation army, and the Shia army in Syria and Yemen. Daesh is eagerly looking towards escaping towards Khurasan (Afghanistan and Pakistan); here the interplay of the U.S and Russia is important each for their regional interests. Daesh will surely finance religious militant groups. In such a situation, Pakistan will face the brunt of the rise of ISIS network from bordering areas of Pakistan and will spread further inwards country-wide.

Read more: Can ISIS be stopped from expanding into Asia?

Finding a solution to terror through military operations and the armed response is not sufficient. However, it has become our go-to strategy’ on all issues; ending any sort of conflict and terror network through armed forces. Of course, military operations undermine the terror network and terrorist activities but not to the degree needed. There are other essential and significant soft options which can ensure stability and drive terrorism out of Pakistan.

Religious and Jihadist literature, so-called religious fundamentalism, ideological commitments, social media networks are influencing naïve youth. These are the core reasons that are technically and significantly utilized by militant groups now, especially Daesh, which must be countered through soft power instead of hard power. Understanding these perspectives, it will surely help the security agencies to end terror networks which help to recruit youths for militant and terrorist activities.

The provisions of National Action Plan seriously stress on countering terror networks on the internet but nothing has been in this regard.

Pakistan has never focused on liberalizing and socializing youth from its peripheries and never thinks about the Madrassahs-returned students. Still, religious rigidity and strictness prevail in these areas which provide a suitable number of youths to militants. Focusing on these sensitivities and advancement especially education, the state shall be able to countermine the root cause of terrorism.

Daesh is persuading the educated class though technical and scholarly literature on the internet must be taken seriously. Gabriel Weimann in his book “Terror on the Internet: The New Arena, the New Challenges” (2006), says that in this post 9/11 era, the terrorist groups are fighting their wars both in cyberspace and on the ground basis which is threatening the stability of peace and security of any state. And very little is known to security agencies in countering these terrors networks on the internet. The provisions of National Action Plan stress on countering terror networks on the internet but nothing has been in this regard. The government along with NACTA must focus on a cyber-war policy which will surely restrain the educated class to join any militant group in future.

Reuters - 12 May 2021
The brutal second wave of COVID-19 infections has spread from the cities to small towns and the countryside, ripping through a fragile health system ill-equipped for a crisis of this scale.

Prevalence of Fake-PCR tests put a dent of COVID precautions!!

Prevalence of Fake-PCR tests put a dent of COVID precautions!!

Karachites upset as Do Darya to close down

Can education be decolonized in Pakistan?