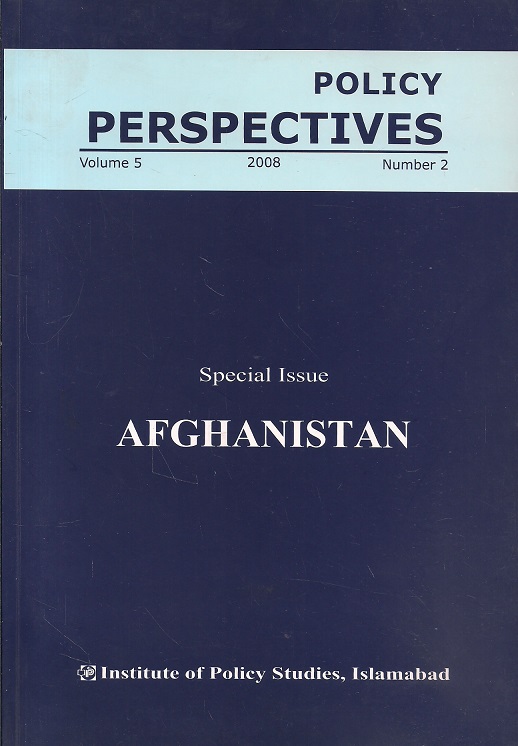 True to its reality show inspired template, the Afghan strategy was rolled out after months of speculations, suspense, and dithering. It used memorable taglines and inflated figures. ‘Agents of chaos’, sunk costs described as ‘billions and billions’ and going all in seeking victory against all odds. It offered to be tough on Pakistan, even as it was vague on the outlines and predictable in its deployment.

Reading between the Lines

Men in suits may attempt to downplay the importance of their allies, the generals deployed in the field must realize the value of battle tested alliances

This is essentially the new, improvised policy meant not just for Afghanistan but also Pakistan and India. With it, the U.S. administration appears to have heeded the advice of keeping the enemy in the dark. They have also dismissed the necessity of keeping their allies close and have instead embarked upon a strategic vision that aims to expand the theatre adding India to the volatile mix and potentially widen the gulf between allies.

Read more: The flaws in the master plan

Yet it is not the public performance of the commander-in-chief that catches the eye but the private moves of the U.S Generals made quietly in the backdrop. The U.S. Secretary of State Rex Tillerson headed to Islamabad; the CENTCOM Commander sighted in Rawalpindi and the minutes of that meeting classified. Then there was Pakistan’s freshly minted Foreign Minister Khawaja Asif who had been invited to Washington followed by the U.S. envoy’s visit to ‘brief’ him about the speech.

The speech can be a blessing in disguise, for putting India in its place as a glorified errand boy on call and for pushing Pakistan to finally establish its credentials as a power player instead of a reckless actor with nukes in the basement

Behind closed doors may be where the real drama unfolds and decisions taken that may affect the course of this war.  On the surface, it looks like the U.S. Generals on the ground get carte blanche. Keeping their collective grievances out of the public domain may help both sides reach a consensus on how to manage the conflict zone. Meanwhile challenging false narratives of betrayal and dishonesty could help Pakistan redefine its role in light of its recent performance in the counterinsurgency arena.

Briefly, the blueprint proposes an indeterminate number of troops be deployed towards Afghan side proving the U.S. is in it for the long haul. There is no withdrawal date. Black-water inspired mercenaries in combat weren’t mentioned. Both Afghanistan and Pakistan have been put on notice. And India has joined the prestigious club often called upon to ‘do more’, which could imply that the U.S. now demands a return on its investment and Modi is bound to the imperial bandwagon and expected to deliver results.

Read more: The importance of being a Pakistani

The hawkish position adopted by the statement is faithful to the tough talks and long tirades witnessed in 2017. Assertions like, “…we will fight to win. From now on, victory will have a clear definition: attacking our enemies, obliterating ISIS, crushing al Qaeda, preventing the Taliban from taking over Afghanistan, and stopping mass terror attacks against America before they emerge” still cause concern. It is essentially the same idealistic line heard on the campaign trail that most dismissed as one man’s fantasy lacking in substance. But now that fancy words on paper are expected to somehow become policy, stakeholders have been forced to clarify their positions.

Not so safe Havens

This threat of carrying out preemptive strikes at targets gives one pause. Now such maneuvers call for an intelligence cooperation platform operational on both sides of the divide. Could this sudden surge in meetings and invitations point to the establishment of a collaborative relationship desperately needed to see this conflict to this logical end? If so then the speech can be set aside as mere posturing and a basis of cooperation can be evaluated. Yet the rhetoric regarding duplicitous ally does take a toll on the relationship, leading uppity neighbors to jeer at Pakistan’s discomfort, even as new found allies and trusted friends rush to the defense.

Read more: US encourages Pakistan Afghanistan talks and reconciliation with Taliban looks on…

Despite the political turmoil and landmark verdicts, it kept the military operations on track and its CPEC investments in sights

The vote of confidence from Russia and China is appreciated, but now that the Pakistani Foreign Ministers Washington visit has been pushed back and replaced with a stopover in Moscow, Beijing, and possibly Iran, a message has been sent by Pakistan.

Islamabad’s suggestion of turning their ally’s attention back towards the safe havens strewn about their host nation also sets the tone. Pentagon’s decision to withhold Coalition Support Funds and the public snubs are in large part responsible for this renewed burst of energy needed by Pakistan to occupy the moral high ground and for once the conditions are favorable for a takeover.

Instead of taking the bait, Pakistan needed to craft a response befitting its position as a frontline state. The Pak COAS’s statement that it is not aid but an acknowledgment of their relentless efforts in the field of counterterrorism and sacrifices both civilian and military strikes the perfect note –  dignified – court, and on point. A conference to highlight its extensive contributions which are reportedly in the works could be best vantage point to gauge the true cost of war and price of freedom.

Read more: Pakistan slams the US; calls for immediate action against sanctuaries in…

Thus far there has been no recognition of the fact that 16 years later, Pakistan is still standing. With a war raging within and borders under the crosshairs, it laid the foundation of a game changing corridor in its backyard.

Despite the political turmoil and landmark verdicts, it kept the military operations on track and its CPEC investments in sights. That the United States has now been put on notice hopefully marks a departure from Pakistan’s usual routine; scrambling to issue the denials and devise rebuttals that do little to alter the tide of global opinion. The narrative of Janus faced ally is deeply embedded and will require some serious groundwork to overturn.

Matching Washington’s Power Moves with a few of its own

Expecting any commendation for Islamabad’s role or sympathy for the blowback suffered may seem like a pipedream. Withholding praise and undermining Pakistan’s war efforts appears to be a Washington approved power move that goes well its carrots/ sticks approach. A few things bear repeating in that regard. Notwithstanding the fire and fury laced speeches, Pakistan is not a North Korea or Iran.

India has joined the prestigious club often called upon to ‘do more’, which could imply that the U.S. now demands a return on its investment and Modi is bound to the imperial bandwagon and expected to deliver results

It is not a petulant child in need of disciplining or adult supervision; nor is it a destabilizing force that needs to be contained. And with the leverage the aid provided – that once allowed Washington to issue directives and demand results, now in jeopardy; the relationship enters a new phase.

Read more: With rising trouble in Afghanistan, US Congressman calls to ‘strike’ Pakistan

This doesn’t change the fact that though the two nations have drifted apart, once they were in the trenches together. And for the new strategy to work, they may need to dust off the old playbook and remind each other of their shared objectives to achieve their target.

The speech can be a blessing in disguise, for putting India in its place as a glorified errand boy on call and for pushing Pakistan to finally establish its credentials as a power player instead of a reckless actor with nukes in the basement. While men in suits may attempt to downplay the importance of their allies, the generals deployed in the field must realize the value of battle tested alliances. And in these testing times, it may be bridge building initiatives with a comrade in arms on both sides that could ultimately decide the course of a sinking ship called US’s Afghanistan.

Afrah Jamal is a freelance writer. She is the editor of “In Conversation with Legends – History in Session”. She had also been writing for Daily Times, Lahore, and was the editor of Social Pages, Karachi. The views expressed in this article are the author’s own and do not necessarily reflect Global Village Space’s editorial policy.