The cost of coronavirus in trillions but WHO warns against panic

The World Health Organization has warned against a global over-reaction to the new coronavirus epidemic following panic-buying, event cancellations and concerns about cruise ship travel, as China's official death toll neared 1,900 on Tuesday. 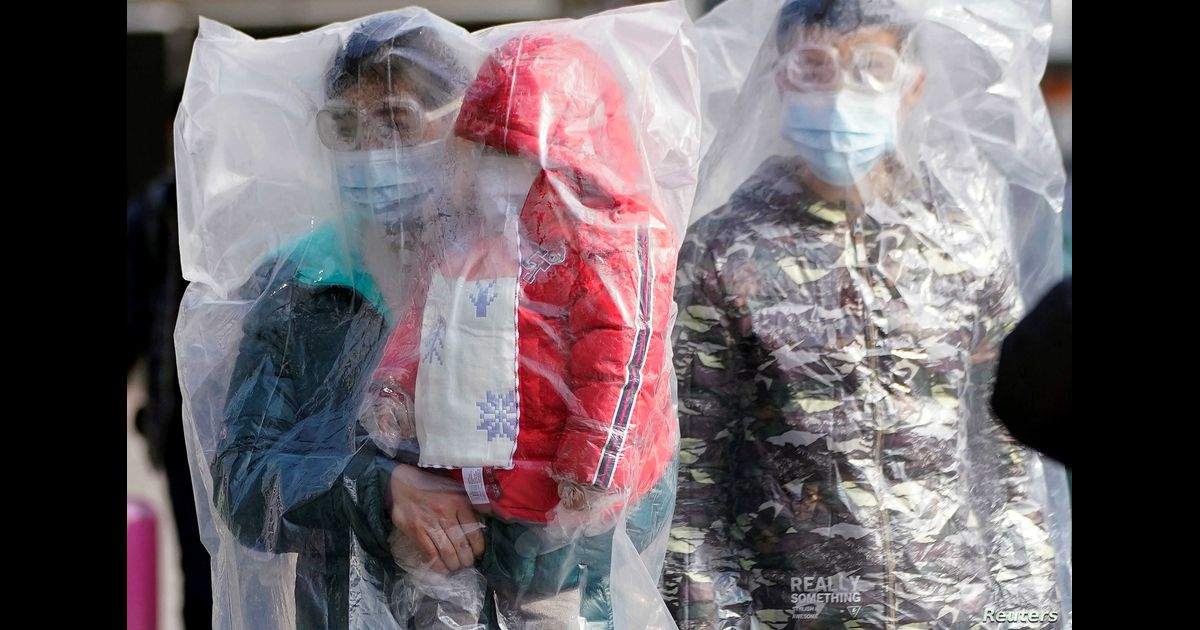 The World Health Organization has warned against a global over-reaction to the new coronavirus epidemic following panic-buying, event cancellations and concerns about cruise ship travel, as China’s official death toll neared 1,900 on Tuesday.

More than 72,000 people have now been infected in China and hundreds more abroad, although the WHO stressed the disease has infected a “tiny” proportion of people outside its epicentre and the mortality rate remains relatively low.

The outbreak is threatening to put a dent in the global economy, with China paralysed by vast quarantine measures and major firms such as iPhone maker Apple and mining giant BHP warning it could damage bottom lines.

Trade fairs, sports competitions and cultural events have been disrupted, while several countries have banned travellers from China and major airlines have suspended flights.

I just got this first hand account from my friend who tested positive for Coronavirus.

I wanted to share because there are so few cases that I have personally been engaged with. This is the thread from our convo. #COVID2019

The cruise ship industry has come into focus as hundreds of people became infected aboard a vessel off Japan. One passenger tested positive after disembarking another liner in Cambodia.

The WHO, which has previously said travel restrictions were unnecessary, rejected the suggestion that all cruises should be halted.
“Measures should be taken proportional to the situation. Blanket measures may not help,”

The WHO has praised China for taking drastic measures to contain the virus.
Authorities have placed about 56 million people in hard-hit central Hubei under quarantine, virtually sealing off the province from the rest of the country.

Other cities far from the epicentre have restricted the movements of residents, while Beijing ordered people arriving to the capital to go into 14-day self-quarantine.

More than 450 people have tested positive for the virus aboard the quarantined Diamond Prince cruise ship off Yokohama in Japan.
On Monday, the US repatriated more than 300 Americans, who now face another 14 days under quarantine.

Attention was also turning to the Westerdam, a cruise ship in Cambodia, where many of the 2,200 people aboard passengers were allowed to disembark after all initially receiving a clean bill of health.

They were met by Cambodia’s premier, taken on a bus tour of the country’s capital, and allowed to fly around the world.

But an 83-year-old American woman was later diagnosed with the virus after arriving in Malaysia.

The official death toll in China hit 1,868 Tuesday after another 98 people died, most in Hubei and its capital Wuhan, where the virus emerged in December.

There were nearly 1,900 new cases — a drop from the previous day. Reported new infections have been falling in the rest of the country for the past two weeks.

Tedros warned that it was too early to tell if the decline would continue.
But the situation remains dire at the epicentre, with the director of a Wuhan hospital dying on Tuesday — the seventh medical worker to succumb to the COVID-19 illness.

There have been some 900 cases around the world, with only five deaths outside the mainland — in France, Japan, the Philippines, Taiwan and Hong Kong.

More than 80 percent of patients with the disease have mild symptoms and recover, the WHO said.

“This is a very serious outbreak and it has the potential to grow, but we need to balance that in terms of the number of people infected. Outside Hubei this epidemic is affecting a very, very tiny, tiny proportion of people,” said Michael Ryan, head of WHO’s health emergencies programme.

Despite the WHO’s reassurances, global concerns persist, with an international inventions show in Geneva postponed and panic-buying in Hong Kong and Singapore.

Supply chains of global firms such as Apple supplier Foxconn and automaker Toyota have been disrupted as key production facilities in China were temporarily closed.

Apple said it did not expect to meet its revenue guidance for the March quarter, as worldwide iPhone supply would be “temporarily constrained” and demand in China was affected.

BHP, the world’s biggest miner, warned that demand for resources could be hit, with oil, copper and steel use all set to decline if the disease continues to spread.

The cost of coronavirus in trillions, UN tells numbers

UN economists warned Monday that the raging outbreak of the deadly new coronavirus could cost the global economy between $1.0 and $2.0 trillion this year and called on governments to ramp up spending to mitigate its impact.

A report from the UN Conference on Trade, Investment and Development (UNCTAD) concluded that the COVID-19 epidemic will push some countries into recession and will significantly slow growth in the world economy as a whole.

In fact, the outbreak, which has already infected more than 110,000 and killed more than 3,800 people worldwide, is expected to push global economic growth well below 2.5 percent, “often taken as the recessionary threshold for the world economy,” UNCTAD said.

“We envisage a slowdown in the global economy to under two percent for this year, and that will probably cost in the order of $1.0 trillion” compared to a September forecast, warned Richard Kozul-Wright, head of UNCTAD’s globalisation and development strategies division.

“The real question now is whether that prediction will prove optimistic,” he told reporters in Geneva, adding that in a worst-case scenario, up to $2.0 trillion would be lost.

Loss of consumer and investor confidence, a slow-down of global demand, swelling debt and widespread market anxiety are just some of the issues clouding the global economic horizon.

The world risks experiencing “widespread insolvency”, UNCTAD warned, adding that “a sudden, big collapse of asset values which would mark the end of the growth phase of this cycle cannot be ruled out.”

In the most dramatic scenario, the worst-hit economies would be countries that rely heavily on exports of oil and other commodities, as well as those with tight commercial ties with China and other countries first hit by the outbreak, the UN economists found.

The duration and depth of the crisis will depend on how far the virus spreads, the time needed to find a vaccine, the level of anxiety in the population and the impact of the measures taken to rein in the epidemic on economies, the report said.

Deeming that central banks alone will not be able to address the crisis, UNCTAD called for international coordination between the world’s top economies.

“Governments need to spend at this point in time to prevent… a kind of doomsday scenario, where the world economy grows at only… 0.5 percent this year,” Kozul-Wright said.

In that scenario, he said, “you’re talking about a $2.0-trillion hit to the global economy.”

Not threatened by US-India ties:PM