The Climate and the Coronavirus: Opportunities and risks

The need for curbing carbon emission was realized by the virus. The carbon emissions have been lowered due to economic slowdown. The virus is showing positive effects on climate but what are other risks and benefits? 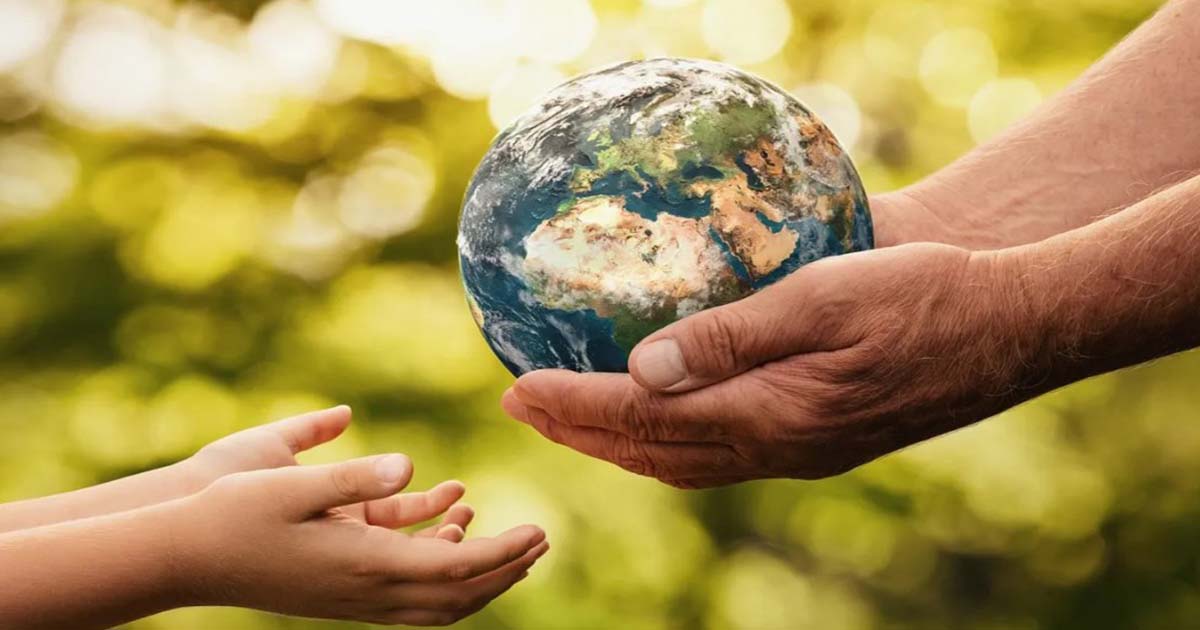 Economic shock waves from the coronavirus outbreak have curbed carbon pollution from China and beyond, but hopes for climate benefits from the slowdown are likely to be dashed quickly, experts say.

As governments prepare to spend their way out of the crisis, including with large infrastructure projects, global warming concerns will be little more than an afterthought, dwarfed by a drive to prop up a stuttering world economy, they say.

Preparations for a make-or-break climate summit in November are already off track, with host Britain focused on its Brexit transition, and the challenge to its health system of the gathering epidemic.

Humanity is so easily manipulated into hysteria and panic. Consider the ozone layer, the Amazon, failed climate change prophecies, a world brought to its knees after 9/11, the millennium bug and now the corona virus.— John Shiffler (@JSonMaui) March 9, 2020

In the four weeks up to March 1, China’s discharge of CO2 fell 200 million tonnes, or 25 percent, compared to the same period last year, according to the Centre for Research on Energy and Clean Air (CREA) — equivalent to annual CO2 emissions from Argentina, Egypt or Vietnam.

As the country’s economy slowed to a crawl, coal consumption at power plants in China declined by 36 percent, and the use of oil at refineries by nearly as much. Other major economies are bound to sputter too.

The outbreak has already drained stock markets of $9 trillion in value, and could end up costing the global economy up to $2.7 trillion, according to Bloomberg Economics.

“When you turn off the global fossil fuel economy, greenhouse gas emissions go down, air quality improves,” said Jon Erickson, a professor of sustainability science and policy at the University of Vermont.

But any climate silver lining will be short-lived, experts warn.

“The emissions reductions we see now because of the epidemic are temporary, not structural,” said Imperial College London’s Joeri Rogelj, a lead scientist on the UN’s climate science advisory panel, the IPCC.

“If anything, it makes mitigation efforts harder, because it reduces our resources to invest in the transformations needed for climate change protection.”

There are already signs that Beijing — impatient to reboot China’s economy — will rain down cash on carbon-intensive infrastructure projects, as happened after the global recession in 2008, and again in 2015.

Proposals to further loosen controls on new coal power plants show that concerns about debt and emissions are being brushed aside, he told AFP.

Your response to this Corona Virus is just ONE more example of why you should spend the rest of your life in prison.
You denied it like you do climate change and that's only part of why you're a cancer to this country.— Truly American (@AmericanTruly) March 9, 2020

“A round of cheap credits and a blind eye to inefficient polluting industries will lead to ‘retaliatory emissions’, setting China back on the goal of enhancing its climate targets,” said Li Shuo, a climate policy analyst with Greenpeace East Asia.

A surge in state-directed capital spending a decade ago slowed China’s clean-energy transition and amplified the horrendous pollution episodes in the winter of 2012/13.

Globally, CO2 emissions in 2010 from fossil-fuel combustion grew nearly six percent, more than offsetting the modest decrease the year before, notes Glen Peters, a scientist at the Center for International Climate and Environmental Research.

The coronavirus fallout highlights how hard it will be to reach the Paris Agreement temperature targets of capping global warming at under two degrees Celsius from pre-industrial levels, and 1.5C if feasible.

Earth’s surface has already warmed more than one degree. To turn a corner, the world needs a combination of growing GDP and falling CO2 emissions — but historically growth and emissions have moved in lock-step.

Read more: Climate Crisis can not be reversed: UN

IMF head Kristalina Georgieva predicts the coronavirus will knock at least half a percentage point off projected global GDP growth in 2020, originally forecast at 3.3 percent.

The UN, meanwhile, has said that CO2 emissions must drop eight percent annually over the next decade to meet the 1.5C Paris goal, and by about three percent per year to hold the line at 2C.

Experts say only a sustained global economic meltdown — or an internationally coordinated, war-footing transition to a carbon neutral economy — could come close to slashing carbon pollution that quickly. One is as unpalatable as the other is unlikely.

But so far only the electricity sector has seen a — very modest —  decoupling of emissions and economic growth.

“I’m sure the global economy will get back on the fossil-fuel train as soon as it possibly can,” said Erickson of the University of Vermont.

As for the upcoming COP26 climate summit in Glasgow, the kind of non-stop shuttle diplomacy carried out by France for nearly two years ahead of the successful 2015 Paris talks is not happening, analysts say.

The virus is horrible but so much better than climate change. No real damage to infrastructure or the natural world, solvable going fwd with a comparatively paltry investment in vaccines and epidemiological institutions. Immensely easier than recapturing carbon.

China — the world’s largest carbon polluter with 29 percent of global emissions — also has a crucial role to play, but is likely to be distracted.

“There is a risk that the main objective for Beijing will be the resolution of its health crisis,” predicted Sebastien Treyer, director of the Institute for Sustainable Development and International Relations in Paris.

Bahrain’s Formula 1 Grand Prix scheduled for March 20-22 will be held without spectators, the organisers said Sunday in the latest sporting event to be hit by measures to contain the new coronavirus.

One of the other early races in the Formula One season, the Shanghai Grand Prix on April 19, has been postponed although organisers say the season-opening race in Australia on March 15 will go ahead as planned.

“In consultation with our international partners and the kingdom’s national health taskforce, Bahrain has made the decision to hold this year’s Bahrain Grand Prix as a participants-only event,” the Bahrain International Circuit said in a statement.

Bahrain has reported more than 80 cases of the disease, mostly among pilgrims returning from Iran.

The organisers said that social distancing measures which have been effective in preventing the spread of the virus would be “near impossible to maintain” if the race proceeded as originally planned.

“Convening a major sporting event, which is open to the public and allows thousands of international travellers and local fans to interact in close proximity would not be the right thing to do at the present time,” they said.

“But to ensure that neither the sport, nor its global supporter base, is unduly impacted, the race weekend itself will still go ahead as a televised event.”

The International Automobile Federation (FIA) said Friday it had created a “crisis cell” to meet every two days to monitor the rapidly increasing global threat posed by the deadly coronavirus as motorsport reels from a number of cancelled events.

As well as the Shanghai race, the March 21 Formula E race slated for Sanya on the Chinese island of Hainan has been axed together with the Formula E race in Rome which was due to be held on April 4.

Bahrain has shut schools and axed some flights in order to curb the spread of coronavirus. It has also asked all those who travelled to Iran to come forward and be tested, and for visitors from high-risk countries to self-quarantine for a fortnight.

From Russia with Love: Santa became real for little girl in Austria