The need for digital currency has been increasing amidst coronavirus pandemic. Main players are developing a new e-payment system because more people are relying on online transactions. Will this new global electronic monetary system cause financial chaos in the post-corona world? The following article highlights statements from the top ten central banks in the world and the developments regarding the digitization of the monetary system since the outbreak of coronavirus pandemic. 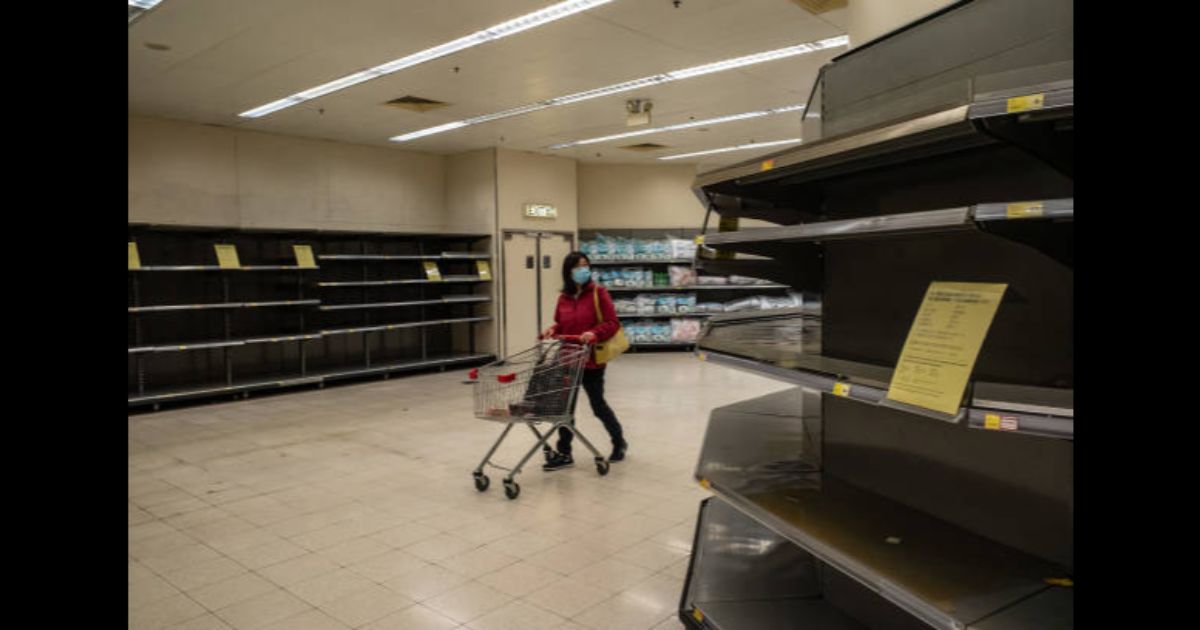 The Covid-19 crisis has proved to be a blessing in disguise for the central banks who sought digitization of the global monetary system since 1983. While the need for a digital currency has increased amidst coronavirus pandemic, the dramatic fall in the global economic outlook can result in a serious crisis that can lead the world economy to a great depression, if global lock down continued. Will this new global electronic monetary system in the making cause financial chaos in the post-corona world? The following article highlights statements from the top ten central banks in the world and the developments regarding the digitization of the monetary system since the outbreak of coronavirus pandemic.

Bank of International Settlements (BIS) is the central bank of the global nation-state system. BIS is responsible for monetary regulation along with banking supervision of the global monetary system around the world through ‘Basel Accords’. On 24th January 2020 amidst Covid-19 crisis, it was reported that an annual study was carried out by the Bank for International Settlements (BIS).

During this study, major 66 central banks were checked if they were working on (Central Bank Digital Currency) CBDCs and, if so, what type and how far along they were. The report found 80 percent of the 66 banks, engaged in some form of work involving CBDCs, with nearly 40 percent which had shifted towards experiments and developing proofs of concept.

Out of the 66 banks polled, 21 came from developed economies with 45 from emerging economies (EMEs). In total, the banks surveyed covered 75 percent of the global population and 90 percent of global economic output. The result indicated a dramatic shift towards digitization of the global monetary system.

Read more: The Intricate Relationship Between Digital Media and Cryptocurrency

One week later, on 6th February, 2020 Lael Brainard, who is a part of the U.S. central bank’s board of governors, said the Fed is “conducting research and experimentation related to distributed ledger technologies and their potential use case for digital currencies, including the potential for a CBDC.”

Amidst the coronavirus pandemic, the markets continue to drop and the U.S. looks to Congress for agreement on a massive stimulus package to save the economy. The newest offer by House Democrats includes a very forward-looking stimulus: The creation of a ‘digital dollar’ and the establishment of ‘digital dollar wallets.’ This would send shock waves through the cryptocurrency and blockchain industry, particularly for those following central bank digital currencies around the world. Primarily because this hints at the seriousness of the U.S. in establishing infrastructure for a central bank digital currency.

The bill establishes a digital dollar, which it defines as ‘a balance expressed as a dollar value consisting of digital ledger entries that are recorded as liabilities in the accounts of any Federal Reserve Bank or … an electronic unit of value, redeemable by an eligible financial institution (as determined by the Board of Governors of the Federal Reserve System).’

On 21st January it was reported, The Bank of England will examine how Britain could adopt a bitcoin-style digital currency as part of a global group of central banks that have joined together to examine the possible pitfalls of relying on electronic money.

Bank officials will meet with the Bank of Japan, the European Central Bank (ECB), the Sveriges Riksbank, the Bank of Canada, the Swiss National Bank and the Bank for International Settlements (BIS) to pool in their research and experiences. After assessment of the digital monetary regulation, on 15th March, The Bank of England had announced a plan to launch its Bitcoin-like cryptocurrency.

On 9th January 2020 it was reported that the president of the European Central Bank (ECB) Christine Lagarde, supports the bank’s active involvement in the development of a central bank digital currency (CBDC) to address the demand for faster and cheaper cross-border payments. A number of central banks are banding together to gauge whether they should launch their digital currencies.

The group aims to assess cases of central bank digital currencies (CBDCs), analyze design choices such as cross-border interoperability, and share knowledge on the emerging technologies. Initial members include the Bank of International Settlements (BIS), the European Central bank (EBC), the Sveriges Riksbank, the Swiss National Bank, and the Banks of England, Canada, and Japan. Benoît Cœuré, the head of the BIS Innovation Hub, will co-chair the group alongside Bank of England deputy governor Jon Cunliffe.

As part of a panel advising the government to include plans for Japan’s CBDC in its mid-year policy guidelines, the Liberal Democratic Party legislator remarked that: “The sooner the better. We’ll draft proposals to be included in government’s policy guidelines, and hopefully make it happen in two-to-three years…if each country manages to control flows of money with their own (digital) currencies that could prevent a big swing at a time of crisis and stabilize their economy.”

Yamamoto’s comments align with previous rhetoric from Akira Amari, a ruling party heavyweight and former Minister of Economy. Amari reportedly wants Japan to launch its CBDC as China has taken steps towards issuing its digital currency. China is home to some 1.3 billion people and could potentially dominate the digital economy with widespread adoption in emerging economies through the issuance of its e-yuan. Amari and Yamamoto believe Japan must launch its own CBDC soon to ensure competitiveness and foster digital hegemony.

On 10th January 2020 it was reported China’s central bank says it has completed the ‘top-level’ design of digital currency. The People’s Bank of China (PBoC), the country’s central bank, has said that the “top-level” design of its digital currency has been completed. The central bank announced the development in a new paper, saying that the “top-level design, standard formulation, functional research and development” has been completed, Chinese news site JRJ.com reported on 10th, January.

Among the top central banks around the world, Russian central bank is the only one which has shown mixed remarks over full digitization of its monetary system. On 17th January 2020, it was reported that Russia’s Central Bank is considering launching a digital currency. However, Chairwoman Elvira Nabiullina told a student conference that while such a project “cannot be realized immediately,” various central banks, including Bank of Russia, are investigating the possibility, TASS reported. Key to the utility of a central bank digital currency (CBDC), she said, is that the technology must ensure “reliability and continuity.” “Technologies must be mature, including technologies of distributed registries,” Nabiullina said.

Last month, Nabiullina said that the central bank would consider the use of a gold-backed cryptocurrency to facilitate international settlements. Also reported by Tass, she said at the time that the Bank of Russia would review a proposal for the development of the cryptocurrency. Nabiullina added, however, that fiat currency settlement systems within the Eurasian Economic Union are improving and already have “good dynamics.”

Reserve Bank of India (RBI) said that it is seriously thinking about developing a sovereign digital currency in the country and will be releasing it appropriately. However, the RBI’s stance on the ban of private cryptocurrency remains the same. The governor of RBI Shaktikanta Das said that the cryptocurrency issuance is a sovereign mandate and will not be handed over to a private company, as there is a huge challenge around money laundering.

Furthermore, he said that RBI is against any private digital currency in the country. However, the RBI has held internal meetings and discussions with central banks to potentially launch India’s digital currency. Shaktikanta Das emphasized to continue with the imposed ban, as it will serve as a setback for private firms experimenting with digital currency. Among many global firms, Facebook and JP Morgan Chase, have been working on the digital currency intending to gain a foothold in the Indian market.

On 20th February, 2020 it was reported: Brazil’s Central Bank to Launch Near-Instant Payments as a Response to Cryptocurrencies. A new payment system is coming to Brazil later this year, promising almost instant transfers. This system which is called PIX, is a project of the country’s central bank. It will provide 24/7 payments in up to 10 seconds via mobile apps, internet banking and ATMs, according to reports from Reuters and local crypto news sites Livecoins.

At a launch event for the planned system, Central Bank of Brazil President Roberto Campos Neto said, PIX is being developed as a response to new digital payment methods such as cryptocurrencies. Campos Neto said, according to Livecoins. “If we think about what has happened in terms of the creation of bitcoins, cryptocurrencies and other encrypted assets, it comes from the need to have an instrument with such characteristics.”

Joao Manoel Pinho de Mello, director of the central bank’s Financial System and Resolution Organization, said PIX should be made available by banks to all market participants, payment institutions and other entities.

On the same day on 25th February 2020 it was also reported that Bank of Canada Prepares for Digital Currency “In Case One Is Needed”. Although the Bank of Canada has no plans for issuing a digital currency immediately, the Central Bank is not ruling out the possibility of launching one, due to potential mass adoption of private digital currencies — and the possibility of cashless societies.

Bank of Canada Deputy Governor Tim Lane spoke at FinTech RDV 2020 in Montreal and declared that although at the moment there is “not a compelling case” for a central bank digital currency (CBDC), a prototype is on the way and the Bank plans to consult with a wide range of stakeholders to potentially design a central bank digital currency. “The Bank of Canada would design it to provide the benefits of cash—safe, easy to access, private and a good store of value—but in a digital version that consumers could use to buy things electronically online or in person at a shop.”

Consider the model of dependency theory for a moment. It’s presumptions are that the states at the semi-periphery and periphery will be forced to follow suit, as they will have no other options to engage both economically and financially with the developed world in the international market. The digitization of the global monetary system has implications on the civilization; however those financial, economic and social implications will be dealt with in another article by the author.

Sibtain Ahmad Dar is pursuing his M.Phil. in International Relations from the Department of Political Science, Punjab University, Pakistan. He specializes in Pakistan affairs and geopolitics, specifically the US strategy in the Middle East and South Asia. He has written a thesis titled: “The Clash of Islam and Zionism: The Final Clash before the End of History”. He can be reached at daar.sibtain@gmail.com. The views expressed in this article are author’s own and do not necessarily reflect the editorial policy of Global Village Space.

Trump goes to lengths to protect Crown Prince Salman; Praises him in G20