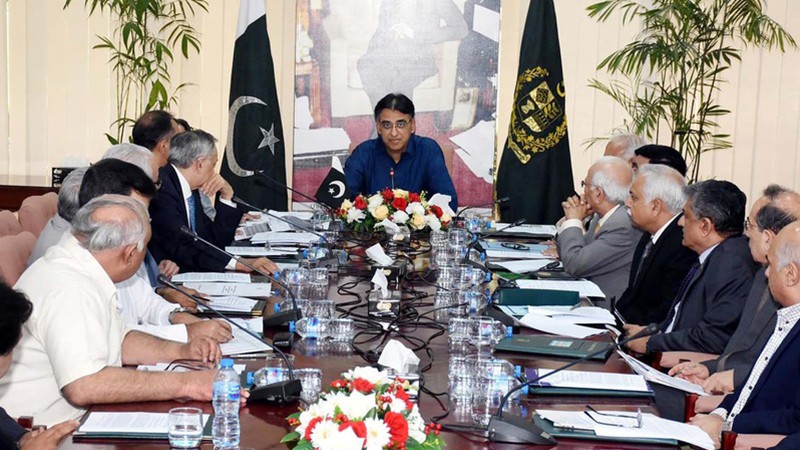 On paper at least, the PTI has a reasonably good economic team headed by the Finance Minister Asad Omar himself, and ably supported by the experienced Razzaq Dawood and Dr. Ishrat Hussain, plus its thinking and heart seems to be in the right direction: job creation; investment; correction of twin deficits: current account and trade; working on ease of doing business, etc.

So, the question that arises is that why isn’t it delivering? Could it be that there is a contradiction between what it says and does or perhaps is it that it just suffers from a poor management approach to solve some complex and persistent economic problems ailing the Pakistani economy? Well, the answer is: A bit of both. Let’s try and analyze where they could perhaps be going wrong.

The Federal Cabinet last month decided to constitute “Sarmaya-e-Pakistan Company” to revive 193 loss-making SOEs and manage their affairs in an efficient manner.

To start with, from day one, one would have liked to see it unleash policies aimed at reducing the footprint of the government in the economy. A principal failure of the previous government was to crowd out the private sector and instead undertake most major projects in the public sector domain.

PTI seems to be falling in the same trap of expanding the governmental pot by announcing to undertake building 5 million houses at a cost of Rs1.50 million each and by keeping to borrowing excessively – 2.24 trillion rupees in its first 5 months with a continuous doling-out of funds to un-sustainable operations.

Still missing are any real reforms aimed at: distancing the taxpayer from the tax collector or reducing excessive and often counter-productive governmental oversight on businesses or tangibly reducing bureaucratic red tape in routine operational requirements or rebalancing the skewed business laws that give unnecessarily wide powers to the regulator – in short, all talk and no real action so far to help ease doing business in Pakistan.

In the meantime, this confused signaling has neither helped the private sector nor the public sector – SOEs losses have since increased and today we see new champions-of-losers emerging in the shape of Discos that now lead the pack (eclipsing the past villains, PSL & PIA) in terms of state entities posting losses – Circular Debt today is almost touching 1.5 trillion, up nearly 40% from 6 months ago.

In case, the Board feels that hanging on to the entity may not be in the long-term interest of the state, then it could also be assigned the task of preparing the entity for a becoming desirable M&A (merger and acquisition) target with specified timelines.

Reportedly, the Board of Governors (BOG), to be headed by the Prime Minister and comprising three federal ministers and seven members of the private sector, will devise a turnaround strategy and in-turn present its plan to the Cabinet, which will decide the future line of action on the SOEs. Sarmaya-e-Pakistan Limited will get an Rs500 billion infusion; it will be incorporated with 100% federal government shareholding and the Government shares in the existing state-owned enterprises will be gradually transferred to this new firm.

In fact, this newly formed BOG will be even worse, in the sense that it puts all sectors under one apex body, not even bothering to bifurcate the 193 industries, sector wise. Naturally, it seems destined for failure, as the very notion of 10 members mixed bag committee (by the way, yet another by this government) providing practical solutions for 193 companies seems a non-starter.

Corporate turnaround strategy tends to be a focused job requiring a specific set of skills and in today’s modern day business world, it is simply not possible to find a generic set of solutions that fits all! Moreover, such a formation negates the very IFC principles of good corporate governance, which call for an effective managing Board to carry the mantle of the company’s affairs instead of some ‘superior’ politically motivated apex body that carries little knowledge on day to day operational requirements of that business – ironically, this also happens to be the precise reason why Pakistani SOEs are what they are today! Instead, the government will be well advised to simply choose professional, honest, competent and effective Boards for these public sector enterprises and ask them to provide a turnaround strategy for their respective entities.

The Prime Minister led BOG should just restrict itself to approving the plan presented by the entity’s Board of Directors and once approved, in facilitating its Board to not only implement its proposal but to also be accountable for it. Between Asad Omar and Razzaq Dawood, one feels they have enough corporate experience to be able to come up with around 500 such credible names to do the job. Help from the PICG (Pakistan Institute of Corporate Governance) and the ICAP (Institute of Chartered Accountants in Pakistan) can also always be sought.

For meaningful investment to happen in an economy the country should be bankable and its economic environment stable. Unfortunately, PTI’s government in its short tenure has not inspired any confidence in this sphere.

In case, the Board feels that hanging on to the entity may not be in the long-term interest of the state, then it could also be assigned the task of preparing the entity for a becoming desirable M&A (merger and acquisition) target with specified timelines. The key is to have the clarity to buy into the professional advice of the appointed professional Board: Meaning, a turnaround should be the clear responsibility of the appointed directors or else a clear roadmap to privatize the concern should be prepared. In case the government feels that both of the above are not being possible owing to some typical political challenges always prevalent in Pakistan to privatize SOEs, then perhaps a good compromise could also be to give them out on a 10-20 years management lease.

A strategy that has already been tested before during Zia’s time and which not only partially achieved its objectives of curtailing institutional losses, but also ultimately paved the way for disbanding dinosaur like institutions such as the State Cement Corporation of Pakistan and the Ghee Corporation of Pakistan, ultimately leading to the privatization of the cement and the Ghee (edible oil) industries in Pakistan.

Read more: Asad Omar says “Economic Crisis is Over”: Is it?

Without going into the debate of merits and demerits of high currency devaluations and the implications of a falling currency on sustainable exports, investment (both domestic & FDI), real growth, value addition, debt trap, inequality and poverty, the thing is that if this government is still serious about arresting the present economic decline, it would be imperative that going forward it defends its currency and not allow the Rupee to devalue further.

Already, there is a wave of inflation in the economy, threatening to enter double digits by as early as April 2019, net disposable income per capita has significantly declined, and with Central Bank’s interest rate announcement @ 10.50%, the real effective borrowing rate for the SME (small and medium-sized enterprises) sector is touching around 17 to 18 percent – this in no way can be good for business. So, little surprise that investment under the circumstances has fallen to its lowest in the last 2 decades – the trouble though is that while investment benefits from the certainty, this government it seems thrives on chaos – And this will need to Change!

Dr. Kamal Monnoo is a political analyst, he can be reached at kamal.monnoo@gmail.com. The views expressed in this article are author’s own and do not necessarily reflect the editorial policy of Global Village Space.

India-China tension must not rise at US’s instructions: ex-envoy