The democratic Messiah to wake the nation from a deep slumber 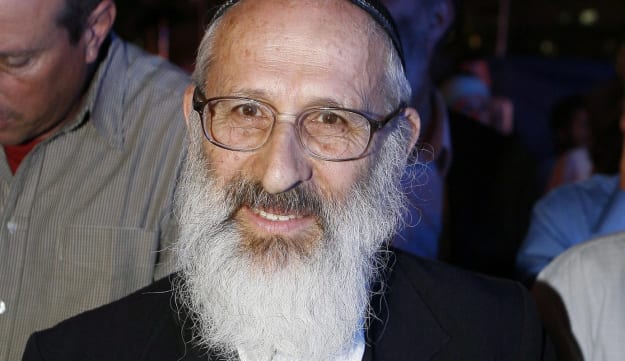 Waqqas Shabbir |
Goons have been busted, Zardaris are on crossroads. Drunkard speaker has been reelected, personal aides have been served. Nepotism is the only mantra. Mafia boss is imprisoned. Truth is fearless, blatant, sharp and timeless. Fearsome and priceless Khan is here. No one ever has bought him. Yes, at times, Khan’s anger overwhelms him, but far less than the late ZA Bhutto. Surely, he surpasses the Sharifs and Bhuttos in honesty and integrity.

Using grandfathers ideology as a shield wrapped up in impressive spoken and written English, does not wash the stains of corruption and embezzlement. Zardaris have used Lawais, Majeeds and Ayyans as front men for money laundering. Shameless creatures use the dead to cover up inhuman deeds. Under the heap of Karachi’s trash, in the undrinkable – filthy and contaminated water of the city of lights and broken infrastructure of Quaid’s broken dream, one must find the PPP’s dead soul.

Problem is that certain elements in this country want the public to continue living the life of discontent. They have failed miserably to distinguish between a liberator and greedy-opportunists.

Don’t show us your speeches written by the advisors and aides, first go & see your tainted face in the mirror which looks more horrid than Zardari’s smile on 6th December’s night in the capital, when this Nation saw a murky face of the 63-year old drunkard, drinking openly, to mark the 50th birthday celebrations of the party. The incongruence governance and a nation in slumber make a perfect recipe for a rule of a Sharif or Bhutto. A more lucid and rational outcome becomes difficult.

Imran Khan has been branded a demagogue, narcissist, an agitator and a manipulator for being the only man in the country who stood against the crooked cronies. Yes, he crashed on the existing prejudice against the filthy rich. But, he never made any false claims to gain popularity or to arouse the prejudice of the public against the previous elected government. Raising the concerns against the corrupt elite was the greatest service he did to this country of 208 million.

Read more: Cricket hero Khan set to be sworn in as Pakistan PM

A man who declined offers from General Zia, Nawaz Sharif, and General Musharraf, Imran Khan never compromised on his values. His sheer will, determination and unraveling attitude, finally brought him accolades after 22 years, 3 months and 23 days.  With all his weaknesses as a speaker, his truth and charismatic personality convinced the 16.8 million Pakistanis to vote for him, to vote for change.

Goons have been busted, Zardaris are on crossroads. Drunkard speaker has been reelected, personal aides have been served. Nepotism is the only mantra. Mafia boss is imprisoned.

Inglorious present, with no pride in historical achievements and an equally bleak and uncertain future, what choice do we have? Wait for a Bhutto to get old enough and wise enough to rule us. A more educated, dodgy, cheat, deceiver, and the more tactful he gets, chances of his success increase manifold. Benazir protected Zardari’s theft, closed her eyes like a pigeon. Likewise, young Bhutto acknowledged a corrupt dad as a messiah. Why shall I trust him? I will when he will demonstrate his visions through actions.

Those who deserved to be shoed-off for good are worshipped like idols. It crushes the hopes of the poor as inequality soars and confuses the public with sentiments attached to the monarchy. The dose, they get from electronic and print media in praise of the monarch keeps them at bay. But, when put at a test with acrimonious and hard life, pain re-ignites shifting sentiments against the monarch but again gets subsided through some sort of arrangement; it could be the availability of gas, a metro, road or a bridge.

Imran Khan has been branded a demagogue, narcissist, an agitator and a manipulator for being the only man in the country who stood against the crooked cronies. Yes, he crashed on the existing prejudice against the filthy rich.

The root causes of their poverty remain unaddressed and the happiness collected in moments overwhelming overcomes the stick they get throughout their miserable lives. What happens next, well, the monarch with his cronies continues his ascendance and his share in the cherry gets bigger and bigger. Result: society gets poisoned and populism emerges uninvited.

Though, certain elements have branded Khan a populist. This makes a situation more perplexed because it makes silent ones wiser and those showing apprehension and discontent with current circumstances more outlandish and eccentric. Imran Khan has done nothing but revives the spirit of the country by speaking openly and more ruthlessly against the opportunistic regimes, in favor of the underprivileged.

Problem is that certain elements in this country want the public to continue living the life of discontent. They have failed miserably to distinguish between a liberator and greedy-opportunists. Egoistic leaders have gone beyond recognition. Khan emerged as a hope; a proven winner in his previous endeavors. With expectations to bring same magic into the fate of the common people who regarded him highly for his philanthropy work. I believe those who work against nepotism and are fighting to defeat and defame cronies must not be branded demagogues.