The Godfathers of Pakistan: Sharif-Zardari empires

Since independence, Pakistan has been governed by one cluster of family or the other. This became a handicap for Pakistan which cannot progress after 72 years of its Independence. 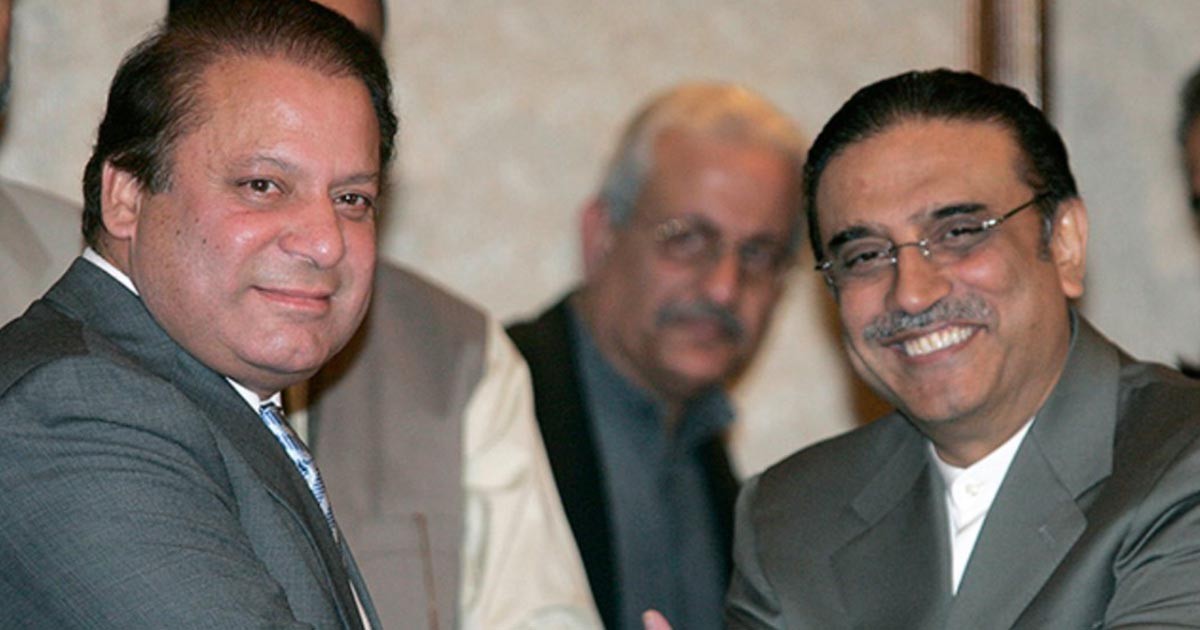 Mian Muhammad Sharif and Hakim Ali Zardari were the founders of the richest empires of our times. Mian Sharif had six brothers and three sons none half as smart as he was while Hakim had only one son who proved to be twice as astute. Both mastered and then practiced corrupt practices.

Finally when they succeeded in combining corruption with political power were they able to build formidable empires.

The Supreme Court of Pakistan while hearing the “Panama Leaks” case used the terms like ‘Godfather’ and ‘Sicilian Mafia’ for the Sharifs.

Mian Sharif and his brothers had a small foundry business off Fleming Road while they lived close by in a small street close to Ram Gali. They melted iron scrap in a small Graphite crucible to produce ‘Manhole’ covers which were supplied to the municipality.

Corruption without political power had limited rewards so Asif decided to enter the corridors of power through marriage. It was bonanza for him but disastrous for the Bhuttos

According to rumours the covers were bought back at reduced price from the lifters and then supplied back. It was perhaps the first organized recycling projects of its times, repeatedly the same product was supplied. The menace became so widespread that the metal covers had to be replaced with cement.

As the beneficiary of the flawed Industrialisation of the Ayub era the Ittefaq Group emerged under the leadership of Mian Sharif and his six brothers.

Ittefaq Foundry in Kot Lakhpat was the first big project of this family alliance. After obtaining NOC from the ICI Dulux factory next door on Ferozepur Road, Mian Sharif built seven mansions on the industrial plot to accommodate himself and his brothers. When their foundry was nationalised by the Bhutto government, the group started investing in land.

The Ittefaq Hospital in the Model Town Extension area was built by this group. In the period of Zia misrule, the group not only resurrected itself but also managed to secure political power.

Mian Sharif then carved out the Sharif Group out of the Ittefaq Group which consisted of himself and his three sons (Nawaz, Shahbaz, Abbas). While the fortunes of Sharif’s multiplied many fold, the Ittefaq Group lagged behind.

Corruption combined with political power and the group flourished with astronomical growth.

The only resistance came from the Benazir Bhutto led People’s Party. Sharif Group operated at the provincial level while Benazir held power at the center. Finally with the support of IJI, Islamabad came under their control as well.

It was a perfect scenario of, “Power corrupts, absolute power corrupts absolutely” while the agencies watched as the Sharifs multiplied their assets.

Mian Sharif decided to build the Sharif Medical City in Raiwind and named their estate after their village outside Amritsar called “Jatti Umra”. It is a massive complex, spread over 1,700 acres of flat and fertile land, fortified at state expense.

While the Sharifs migrated from East Punjab, the Zardaris were locals of Sindh with small land holding in Nawabshah.

After losing his state, Khanji the Nawab of Junagarh shifted to Karachi where he owned property. The Bambino Cinema was an important landmark of the city of Quaid, which Hakim Ali Zardari managed for the Nawab.

In the days of cinema entertainment, it was good business. His only son who was a student at St. Patrick’s School helped his father in running the facility.

As corruption was a part of their outlook they indulged in corrupt practices which included selling tickets in the black when the shows were packed.

Unlike the Sharif brothers Asif Zardari was also a bully who indulged in brawls with weaker students, even carrying the fights to their homes.

In one such episode he tried to rough up my cousins who lived in KDA. Upon resistance by the three brothers, his paid ruffians ran away leaving him behind to be softened. The incident was also reported in the press which resulted in gross embarrassment

Hakim Zardari convinced his boss the Nawab to sell his cinema as business was slowing down. He then managed to buy the property through his front man on very favourable terms.

It proved to be a major breakthrough for the Zardari family. Corruption without political power had limited rewards so Asif decided to enter the corridors of power through marriage. It was bonanza for him but disastrous for the Bhuttos.

Read more: Viceroys of Pakistan: A Legacy British Left Behind

In Benazir’s second stint in power I could sense the political lust of her husband and wrote an article, ‘Zardari the rising political star’. What Zardari was able to achieve through the Bhutto Legacy is mind boggling.

As president he built his personal empire to match the Sharif’s of Lahore. While the Sharif’s controlled Punjab and Center, Zardari took turns with Sindh and Center.

Through the Charter of Democracy (CoD) the two empires became untouchable, unsurmountable and almost beyond state control.

The National Accountability Bureau (NAB) is good at arresting only. Taking advantage of the weaknesses of the common law, conviction followed by punishment remains an uphill task.

Though money trails are not available yet the corrupt have been bailed out by the courts while the cases carry on at snail pace.

Within the Sharif and Zardari Empires there are several small fiefdoms that operate under their protection. Then there are teams of expensive high-end lawyers readily available to protect the corrupt and the unscrupulous.

Most institutions have become non-functional in the larger provinces which have been under Sharif and Zardari rule. To clean the stables in order to make a fresh start perhaps a ‘Truth and Reconciliation Commission’ may be the only option to move forward.

There are some lessons to be learnt. In the Islamic Republic of Pakistan a lot of foul play takes place on the pretext of, ‘protecting state interests’.

The differences between a colonial and a democratic state are grossly misunderstood even after over seven decades of freedom. Soul searching is required, the people of Pakistan have to be treated as major stakeholders not serfs and slaves to be kicked around and exploited.

We Should trust Supreme Court to give us justice!

Nawaz Sharif – The unacceptable face of our politics