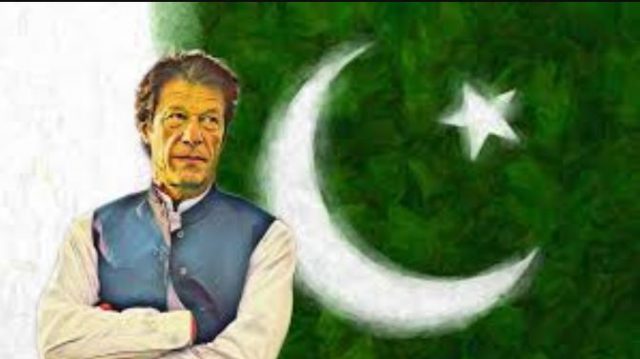 Imran Khan has been sworn in as the 22nd Prime Minister of Pakistan. Put another way: Prime Minister Imran Khan (just saying that sounds surreal) has assumed the highest office in our land, and must now commence the process of building the promised #NayaPakistan. The ceremonies have now been concluded, procedural formalities (of a guard of honor and oath-taking) are now done. A preliminary list of fifteen Cabinet members, along with five Advisors, has been announced; and the cabinet is set to take oath on Monday.

Now starts the real work. Of delivering on the promises made during the electoral campaign, and the preceding 22 years of political struggle. But before the process of building Naya Pakistan commences, let us take a moment to recognize the incredulous story of Kaptaan a story of resilience, perseverance, and hope. Whether one likes Imran Khan or agrees with his politics, is irrelevant for acknowledging the incredulous story of resilience and belief, which has culminated in this unlikely individual being elected to the highest office in our land.

Once asked about Khan’s discipline and fitness routine, Sarfraz Nawaz (a foe to Imran) famously commented that “even a horse doesn’t run as much as Imran Khan does”.

From a lackluster start in first-class cricket at the age of sixteen, Khan debuted for Pakistan in 1971, in the Edgbaston Test Match against England. He was not the fastest or most talented of bowlers at the time. In fact, it is claimed that he was initially included in the national team as a batting all-rounder, and only later developed as a world-class bowling machine. His career, plagued with injuries, should have ended somewhere in the late 1970s.

But, the Khan we know, refused to let injury (or lack of prodigious talent) get in the way of his becoming an internationally acclaimed cricketing force. And how? Almost entirely on the dint of his hard work. His colleagues in cricket, over the years, claim that no one could match Imran Khan’s ability to work on his fitness as well bowling prowess. Once asked about Khan’s discipline and fitness routine, Sarfraz Nawaz (a foe to Imran) famously commented that “even a horse doesn’t run as much as Imran Khan does”.

The 1992 World Cup victory was not (simply) a result of the team’s talent and skill. In fact, almost all of the 1992 World Cup squad members agree that it was Imran Khan’s indomitable will and leadership that led Pakistan Cricket to surmount the unlikely pinnacle of cricket. In philanthropy, the story of Shaukat Khanum Cancer Hospital and NUML University are almost equally unbelievable.

No one thought that Imran Khan would be able to build these institutions out of public donations. Certainly, no one could imagine that Khan will be able to sustain the running of these institutions on charity. He was ridiculed for these endeavors; even chastised. However, the personal drive and perseverance of Kaptaan filled the gaps in resources, as and when required.

Everyone, with their gaze towards the Minar-e-Pakistan and abated breath, waited to find out if the day would mark the end of Imran Khan’s promise, or witness the birth of a new political force

But the most unbelievable of Kaptaan’s journey and triumph would have to be in the field of politics. When he founded the Pakistan Tehreek-e-Insaaf, in 1996, Imran Khan was laughed at and ridiculed. For years, political pundits claimed that Kaptaan is not a politician. He does not have what it takes to succeed in Pakistani politics. He cannot bend himself to fit in the corridors of political power.

He does not have the finesse to negotiate his path to power. He may become some version of Asghar Khan, they claimed but no more. And these theories proved correct when the party lost all seats in 1997 election, won a single seat (Imran Khan’s own) in the 2002 elections. There was every reason for Khan to give up on the dream. Smarter and more seasoned political pundits advised him to stop. To relent. To see the writing on the wall. Many had already written his political obituary.

Read more: Pakistan at a crossroads as Imran Khan is sworn in

They ridiculed his ideas and laughed at the notion of him succeeding. But Khan, the resilient Kaptaan, kept believing that his time will come even though there was no logical reason to do so. During the 2008 election campaign, Kaptaan decided to boycott the elections (claiming irregularities and pre-poll rigging). In fact, Kaptaan tore his nomination papers, during a press conference, in the run-up to the 2008 elections. And suddenly, Kaptaan and his PTI had no presence in the Parliament.

Political wizards swore that this would be the last of Kaptaan. That by boycotting the elections, he is going to drive away the few remaining members of his political clique (he did not really have a ‘political party’ at the time). People urged him to leave politics, and instead focus his attention on social-work, where he had tasted mild success. It was good advice. There was every reason for Kaptaan to quit. His days of politicking were, for all intents and purposes, over. His message had failed. And so had he.

Kaptaan’s PTI did not win the 2013 general elections but emerged as a political force to be reckoned with. In the years to follow, as Kaptaan became a punching bag for the then government of PML(N) as well as the PPP, there were many more reasons to quit and go home. But that, not the Kaptaan we know

But, for some unexplainable reason, Kaptaan refused to accept that. And then, suddenly, on an October night in 2011, Kaptaan witnessed his (illogical) perseverance being rewarded. And we all witnessed a miracle. Kaptaan had organized a jalsa in Lahore. As usual, political pundits had speculated that it would be small and meaningless. Ruling parties had dismissed it as the fading cries of dying political party.

Everyone, with their gaze towards the Minar-e-Pakistan and abated breath, waited to find out if the day would mark the end of Imran Khan’s promise, or witness the birth of a new political force. And then it happened: they came in groups of tens and twenties and hundreds on donkey-cards and Land-Cruisers, from affluent living-rooms as well as dusty fields, some bare-footed and others in Parada shoes till the swell of humanity became the PTI ‘tsunami’.

They waited patiently and danced for hours in anticipation of one person alone: Imran Khan. There was no Shah Mehmood Qureshi, or Jehangir Tareen, or Aleem Khan on the stage. In fact, this ‘tsunami’ had gathered to celebrate the antithesis of what these individuals stood for. The moment was a fracture in the fabric of our political history and marked the inception of a new hope.

Kaptaan’s PTI did not win the 2013 general elections but emerged as a political force to be reckoned with. In the years to follow, as Kaptaan became a punching bag for the then government of PML(N) as well as the PPP, there were many more reasons to quit and go home. But that, not the Kaptaan we know. That’s not the Kaptaan who won the 1992 World Cup, or built the cancer hospital, or started a political party or has now been elected the Prime Minister of our country.

This is a moment of hope. Tomorrow, Kaptaan’s biggest challenge yet of building Naya Pakistan will commence. But tonight, for this brief moment, let us pause to recognize the incredible story of this indomitable Kaptaan. And, learning from history, place faith in his ability to fulfill the promises that he has made.

Resolve Kashmir issue before it is too late