However, the astrologer said that he was only making a prediction based on the movement of the stars and the real result will be determined by fate. 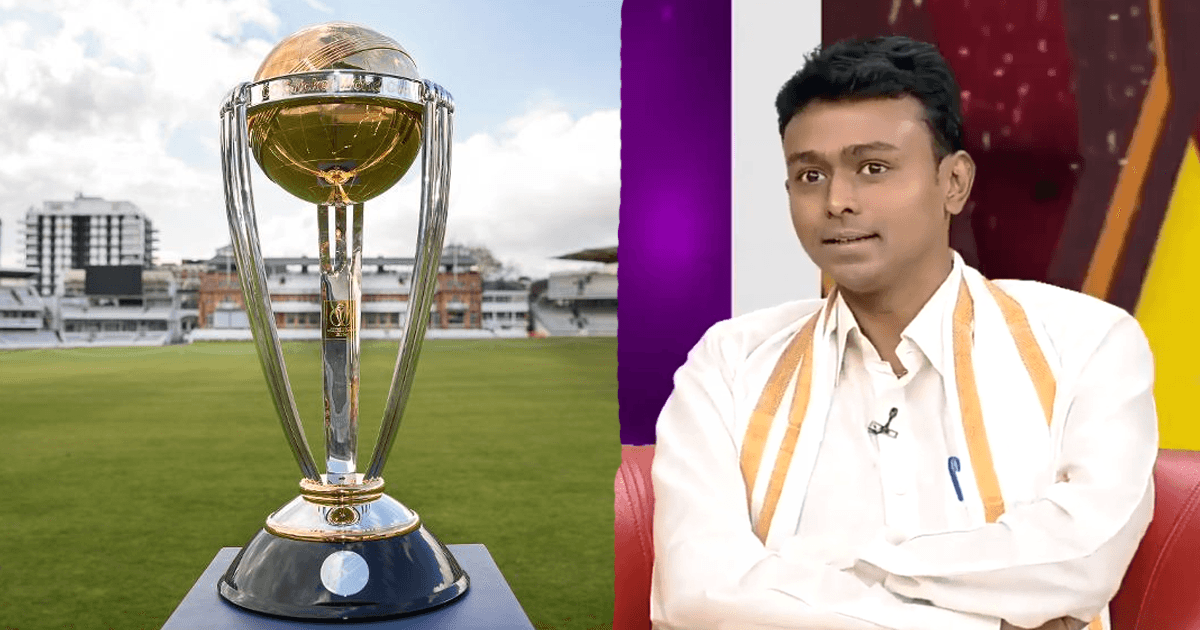 An Indian astrologer is stirring up a storm in the news after having correctly predicted the course of the ICC Cricket World Cup 2019 so far. While making the predictions in a live TV program, he also predicted which team would go on to win the World Cup and which player would be declared man of the tournament.

Balaji Hassan who lives in the Indian state of Tamil Nadu is a mechanical engineer by profession but is also a skilled astrologer. Appearing on TV after the world cup began, Balaji claimed that India, Australia, New Zealand and England would be the semifinalists in cricket’s mega tournament. The prediction was duly fulfilled.

The astrologer then predicted then India and Australia would be defeated in the semi-finals. He then said that it was most likely that New Zealand would go on to win the World Cup and kane Williamson will be declared man of the tournament.

This guy, Balaji Hasaan had predicted this in January 2019.
Semifinalists : India, Australia, England & New Zealand ( Done)
New Zealand would win Semi Final against India ( Done)@BLACKCAPS will win the World Cup ( ???)@KaneWilliamson will be Player of the Series (???)
#CWC19 pic.twitter.com/PJ6zortLX5

“Our (India’s) stars were placed in such unfavourable position that India could not win. Mercury and Rahu, which dominate the sports arena, favour New Zealand winning the World Cup,” Balaji was quoted as saying by Indian newspapers.

However, the astrologer said that he was only making a prediction based on the movement of the stars and the real result will be determined by fate.

The world Cup final is set to be played the Lord’s cricket ground in London, affectionately called the home of cricket. England and New Zealand will be vying for the trophy. The final has assumed a special significance because both finalists have never won the tournament before, so the trophy will be going to a new home.

Read more: IHC throws out petition against cricket team after win over SA

However, for the predictions made by the Tamil Nadu astrologer to come true, New Zealand will have to beat an English team which is ranked number 1 in the world and will be playing infront of a home crowd.

Kane Williamson who also captains the New Zealand side also has a stiff challenge if he is to become player of tournament. He is exactly a hundred runs short of the tournament’s highest scorer, but is behind only one batsman (Joe Root) out of those playing in the final. So only a big score will get him the award and see his side home.

AFP - 23 September 2021
The Security Council powers all want a peaceful and stable Afghanistan where humanitarian aid can be distributed without problems and without discrimination. They seek an Afghanistan that is not a sanctuary for terrorism and where women's rights are respected.

Qatar’s ambitions: What her security deal with UN means?

India won Shoaib Akhtar support now that Pakistan is Out

Pakistan’s win over South Africa: The unpredictable Men in Green can do wonders