The ink of a scholar – Saad Rasool 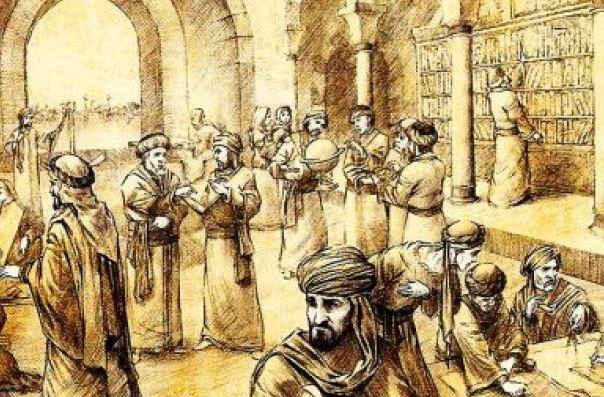 In a deeply saddening turn of events, Dr. Atif Mian, an economist of Princeton University, was forced to resign from the Economic Advisory Council (EAC), constituted to address the unprecedented economic challenges faced by Naya Pakistan. As could be expected, Dr. Mian’s removal from the EAC also triggered resignations of Dr. Asim Khawaja (of Kennedy School at Harvard University) and Dr. Imran Rasul (of University College London) from the EAC.

Consequently, none of the three international economists included in the EAC (originally) are now willing to serve at this esteemed council, thereby putting a serious dent in the intellectual prowess and credibility of the EAC. The removal/resignation of these intellectual giants from the EAC – and, as a result, from the economic policy making of Pakistan – would be disappointing in any eventuality.

Needless to say that, in this backdrop, the inclusion of these intellectual giants in the EAC served as a personal reason to celebrate Naya Pakistan.

However, the disappointment is deeper and more profound because this episode transpired in Naya Pakistan, as opposed to during the sclerotic decadence of the old. But that is just on the economic front; the larger disappointment stems from a recapitulation of Imran Khan’s promise that Naya Pakistan will appoint people based on their meritorious expertise, without passion or prejudice about external factors (such as religious belief).

My first interaction with the brilliant Dr. Atif Mian dates back to early 2002 when he was serving as a faculty member at the University of Chicago, having completed his doctorate from MIT. Back then, I had just completed my undergraduate in economics and was interested in utilizing my (minimal) knowledge in the service of Pakistan. For this purpose, I mustered the audacity to reach out to Dr. Asim Khawaja (also one of the members who have resigned from the EAC).

Dr. Khawaja was kind enough to entertain my amateur ideas as a young banker at Wall Street. In our very first meeting, at some obscure coffee place at Harvard Square, Dr. Khawaja politely identified the enormous gaps in my understanding of macroeconomics and encouraged me to reach out to his friend (and co-author) Dr. Atif Mian. Following Dr. Khawaja’s advice, I sent a proposal (concerning a paper about increasing Foreign Direct Investment in Pakistan) to Dr. Atif Mian.

His response, a few days later, raised such fundamental questions, that I was almost embarrassed by the naivety with which I had approached this intellectual giant. Over the course of the next few years, I had the privilege of following the academic accomplishments of Dr. Mian and Dr. Khawaja, all the while mesmerized by their intellectual rigor and indomitable desire to arrive at practical solutions for the multifaceted economic problems faced by Pakistan.

Away from issues concerning minority rights and overarching conscientious questions, the government’s decision to exclude Dr. Atif Mian (resulting in the resignation of Dr. Khawaja and Dr. Rasul) cannot be justified in our political and constitutional structure.

Needless to say that, in this backdrop, the inclusion of these intellectual giants in the EAC served as a personal reason to celebrate Naya Pakistan. In equal measure, their unceremonious exit from the EAC is cause for lament and raises chilling fears about the ethos and creed of the promised Naya Pakistan.

It is hard to understand what made PTI backtrack from Fawad Chaudhary’s statement that: “A man who is revered worldwide for his services to the economy, who everyone knows is about to be honoured with a Nobel Peace Prize, I don’t get why his appointment as member of the Economic Advisory Council has become objectionable. He hasn’t been appointed as a member of the Council of Islamic Ideology after all.” And that, “Pakistan belongs to minorities as equally as it belongs to the masses”.

Was this resolve of PTI only as strong as the first threat issued by religious political parties? If so, has Naya Pakistan chosen to prefer “stability” in government over the idealistic promises of the campaign trail? Are we living in a Pakistan where intellect is judged through the prism of religious ideology? Would Dr. Abdus Salam have no place in this Naya Pakistan? And if so, how is this Naya Pakistan any different than the (old) one that Imran Khan claims to have defeated?

If that is not enough, the Prophet Muhammad (SAWW) (Madina-Tul-Ilm, the city of knowledge) has said that ‘the ink of the scholar is more sacred than the blood of the martyr’.

After all, our constitutional paradigm grants specific participatory space to religious minorities. Every political party is mandated, by law, to nominate parliamentarians from religious minorities. The constitutional structure of the parliament has reserved seats for minorities, who are then made part of various committees and governance structures. Our State has had a dedicated ministry concerning the rights of minorities, led by parliamentarians who belonged to the minority religious communities. Within this politico-constitutional framework, government’s recapitulation on Dr. Atif Mian’s appointment is particularly surprising.

Does this mean, now, that other minority representatives will also be excluded from the decision making the process of Naya Pakistan? Will the government, next, rollback the departments created for the protection of minorities, just because some right-winged party objects to it? Are we not, implicitly, telling the minority youth that regardless of their intellectual abilities, they will never rise beyond a glass ceiling in Pakistan? Is that what really Naya Pakistan stands for?

In defence of Dr. Atif Mian, without getting into a purely theological debate, one fact needs to be iterated and understood. The Quran, in all its perfection, testifies that knowledge (Ilm) is superior to worship (Ibadat). Specifically, in this regard, the Quran narrates the story about the creation of Hazrat Adam (AS) and God’s command to the Angels to prostrate before Him. As narrated in the Quran (Surah Al-Baqarah, verse 30 – 34), when God created Adam (AS) and ordered the Angels to prostrate before Him, the Angels asked why they were being ordered to do so, when they were the ones who praised and worshipped God the most? In response, God asked the Angels to name certain things – which they could not. Then God turned to Adam and asked him to “inform them of their names”. And when Adam (AS) did, the Angels prostrated before him. Thus, we know from the Quran that the ‘knowledge’ (Ilm) of Adam (AS), was superior to the worship (Ibadat) of the Angels.

Without commenting on the beliefs of Dr. Atif Mian (because they are irrelevant for the purposes of this argument), it is a travesty that we are unwilling to learn and seek knowledge from Dr. Atif Mian, and yet continue to profess that we believe in the Quran and the example of the Prophet Muhammad (SAWW).

Zindagi Tamasha to be examined by Council of Islamic Ideology