The only infectious disease that humans eliminated? Lessons for COVID-19?

This Friday marks the 40th anniversary of humanity's only true triumph over an infectious disease, smallpox, which existed for thousands of years & was discovered on the mummy of Egyptian pharaoh Ramses V. The deaths from smallpox were enormous as compared with the COVID-19. How was this disease confronted & can we apply the same tactics to combat coronavirus? 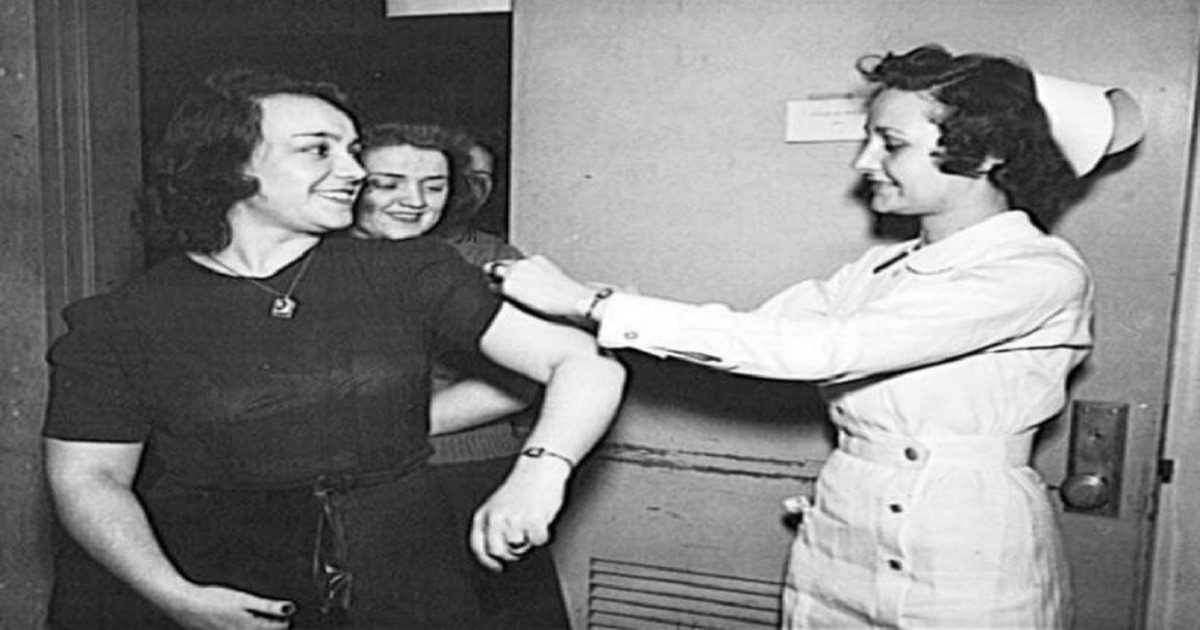 As scientists scramble for a COVID-19 cure and vaccine, the world marks on Friday a pertinent anniversary: humanity’s only true triumph over a virus with its eradication of smallpox four decades ago.

On May 8, 1980, representatives of all World Health Organization (WHO) member states gathered in Geneva and officially declared that the smallpox-causing variola virus had been relegated to the history books, two centuries after the discovery of a vaccine.

Smallpox is a highly contagious disease that was transmitted via droplets during close contact with other people or contaminated objects, sparking high fever, and a rash that left survivors permanently disfigured and often blind.

But many did not survive. The virus killed up to 30 percent of all those infected and is estimated to have killed more than 300 million people in the 20th century alone.

Smallpox is thought to have existed for thousands of years, with the earliest documented evidence of the vesicular skin lesions believed to be caused by the disease discovered on the mummy of Egyptian pharaoh Ramses V.

The devastating disease was also the target of the world’s first vaccine, discovered by scientist and physician Edward Jenner in 1796- Humanity’s triumph over a virus.

But the idea of fully eradicating smallpox only emerged nearly two centuries later, in 1958, amid a “momentary ‘detente’ between the Russians and Americans”, US epidemiologist Larry Brilliant told AFP.

At a time when smallpox remained endemic in more than 30 countries and was still killing more than two million people annually, the Soviets proposed to show what global cooperation is good for and eradicate the disease.

They made the proposal during a meeting of the WHO’s annual assembly.

“Immediately America agreed,” Brilliant said, juxtaposing the leadership and international cooperation seen back then, during the Cold War, to the “nationalism” coloring the current response to the novel coronavirus.

“There was a public will,” he said.

Four decades later, as the world reels from the shock of the COVID-19 pandemic, decision-makers should look to the tireless efforts to isolate those infected with smallpox and trace their contacts for inspiration, said Rosamund Lewis, in charge of the smallpox file at the WHO.

“We can learn a lot from smallpox for the COVID response,” she told AFP.

The WHO initially did not have the funds needed to get to work seriously on rooting out smallpox, but when it finally launched the global eradication campaign in 1967, experts “went door-to-door” to find infected people, she said.

She lamented that it had taken too long for many countries to realize the importance of this basic public health “weapon” against COVID-19, as it has spread worldwide, killing more than 260,000 people in a matter of months. Therefore, curing this disease as humanity’s triumph over a virus.

Experts stress that contact-tracing will be of vital importance until a vaccine against the new virus is developed and available — something expected to take at least a year.

The discovery of the smallpox vaccine nearly a quarter of a millennium ago was a “principal element of the victory” against the disease, Angela Teresa Ciuffi, a microbiology professor at Lausanne University, told AFP.

Jenner came up with the idea for a vaccine after observing that milkmaids who previously caught cowpox did not catch smallpox, and used the usually fairly harmless virus to immunize against the far more deadly disease.

Before the emergence of the vaccine, people engaged in inoculation to immunize against smallpox, inserting powdered smallpox scabs or fluid from a patient into superficial scratches made in the skin, in the hope it would produce a mild but protective infection.

While this process did have an immunizing effect, “the inconvenience was that it allowed smallpox to circulate,” said Anne-Marie Moulin, head of research at the French National Centre for Scientific Research.

Improvements to the vaccine, including the abolishment of the need for refrigeration, greatly increased its access and availability and paved the way for the eradication campaigns to come.

After a decade-long major push, the last known naturally occurring case of smallpox was seen in Somalia in 1977.

Read more: Can diabetes double the risk of heart attacks and gum diseases?

A year later, however, a British medical photographer working near a smallpox research lab became infected and died.

Since then, a global debate has raged over whether or not variola virus samples should be destroyed.

Only two places in the world are authorized to keep samples of smallpox: the Centers for Disease Control and Prevention in Atlanta in the United States, and the State Research Centre of Virology and Biotechnology (VECTOR) in Novosibirsk, Russia.

Washington and Moscow have long maintained the importance of retaining the samples for research purposes.

But decades after its eradication, the threat of smallpox still looms large, with fears that the remaining virus samples could pose a bioterrorism threat swelling since the September 11, 2001 terror attacks.

Compared to smallpox, “COVID-19 is just a training exercise”, David Evans, a virologist at the University of Alberta in Canada, told AFP.

If ever reintroduced, “smallpox could be devastating in the first weeks when entering a world of largely immunologically naive persons,” warned Rosine Ehmann of the Institute of Microbiology from the German Forces.

“COVID-19 has illustrated how long it can take for public health systems to activate their logistics and crisis intervention management,” she told AFP.

Thunberg vs Trump on Climate Change at World Economic Forum