The “Orenda Project” on a mission to transform primary education 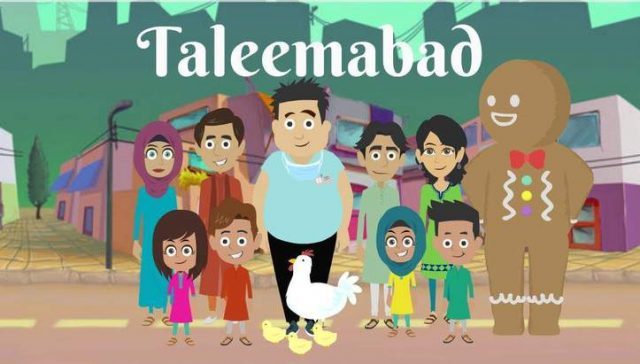 Pakistan’s public education system is a mess. The lack of infrastructure and expertise reflects in the high level of drop outs before matric each year. In many rural places in Pakistan, such schools only exist on paper, with literally zero students and teachers meeting up for classes. For many, private schools are the answer. But of course, such schools tend to be unaffordable with the top ones effectively catering only to the elite.

Even Malala Fund has sponsored the team to provide education to a 1000 underprivileged girls at the secondary level.

An Islamabad based mobile application called Taleemabad Learning App seeks to address this problem. Their platform uses cartoons and games to teach young children basics of Urdu, Math, English, and General Knowledge. The developing company is called Orenda Project. Orenda is a tech company based in Islamabad, which aims to transform the quality of primary education here.

Read more: After shut down in Pakistan, Gulen schools lose its license in…

Among their many services, their most notable one is the development of the Taleemabad Learning App. The app recently gained public attention as their CEO Haroon Yasin just received the Queen’s Young Leaders Award from the Queen of England herself as  recognition for his team’s work on education in Pakistan. Their claim is that such interactive learning, as opposed to the rote-learning provided in public schools, gauges the child’s interest and develops deep learning connections in them.

Capital, as some Marxists would put it, “reproduces itself by creating mechanisms for its own reproduction”. What that means is that those who own wealth also own certain forms of cultural and symbolic traits which allow them to maintain their relationship to their wealth, allowing them to both retain and grow it. For example, richer individuals are able to afford college level education and are thus able to bag jobs at the top of the hierarchy. Individuals in such positions bear a certain amount of privilege which keeps them at an advantage to the rest of society.

However, with privilege comes responsibility. As a reader of this article you, too, bear a certain amount of privilege owing to your internet access, or your ability to comprehend English in our status as a former British colony. All of these are privileges, all of which must be acknowledged, and must be made up for.

But inequality of this sort doesn’t only take place at the higher level of education. It starts from some of the most basic levels such as access to child health services and also access to decent primary education. Child development specialists have long understood that the first 10 years of a child’s life greatly determine their future in terms of brain development. This is why so many educated city dwellers who can afford to do so send their children to educational institutions as early as possible.

Their claim is that such interactive learning, as opposed to the rote-learning provided in public schools, gauges the child’s interest and develops deep learning connections in them.

Think about it this way; imagine life is like a race, children coming from higher socio-economic households start running in the race much earlier than those around them. Effectively, the system is inherently putting poorer children in a position where they are destined to fail. Just as wealth reproduces itself, so does poverty. Or, if you may, the rich get richer and the poor get poorer. Upwards social mobility, which is another way of saying one’s ability to climb the social ladder, remains difficult to achieve.

In recognition of this form of inequality, many developed countries have attempted to improve the status of their public schools to match that of private schools. Some of these countries have been fairly successful in doing so, but that does not particularly hold true for all. Especially in developing countries, there continues to remain a deteriorating quality of state-provided education. This isn’t particularly surprising since politicians and other decision makers do not see an active interest in improving the quality of education in Pakistan. Perhaps if their children had to attend these schools, we’d see some improvement.

So do we wait for things to get better, or we use our collective privileges to do what we can? Morally, the answer lies in the latter. Apps such as Taleemabad need to be appreciated for their efforts for this very reason.

Of course, the digital divide continues to exist and not all children have the privilege of having parents with an Android device. However, for many parents who do happen to have a basic mobile device (costing even as low as 3000 PKR), they can access the app. While the app isn’t just for children who lack privilege, the fact that they can access it is what Orenda prides itself in.

Taleemabad also has a curriculum for schools, which uses the same cartoons to deliver lectures to larger number of children. Many basic schools cannot afford to hire quality teachers for each subject, and so this is being utilized to address that problem. 1300 students across Pakistan have attended the Taleemabad school curriculum so far. In total, the drop-out rate of these schools has lowered from 24% to 6%. Even Malala Fund has sponsored the team to provide education to a 1000 underprivileged girls at the secondary level.

There is a long way to go to achieve absolute equality around the country. More often than not, such changes need to come from the state level due to its access to resources and ability to mobilize them. For Pakistan, such a change is unlikely to come in the near future mainly due to a lack of prioritization of essential services by political elites. In the meanwhile, we must collectively do what we can with our privilege. Taleemabad is one such way to go about it. I hope to see many more.

Iran will not be bullied: Washington willing to talk with “No Preconditions”