The return of colonial bureaucracy: Democracy must be given more power rather than bureaucracy 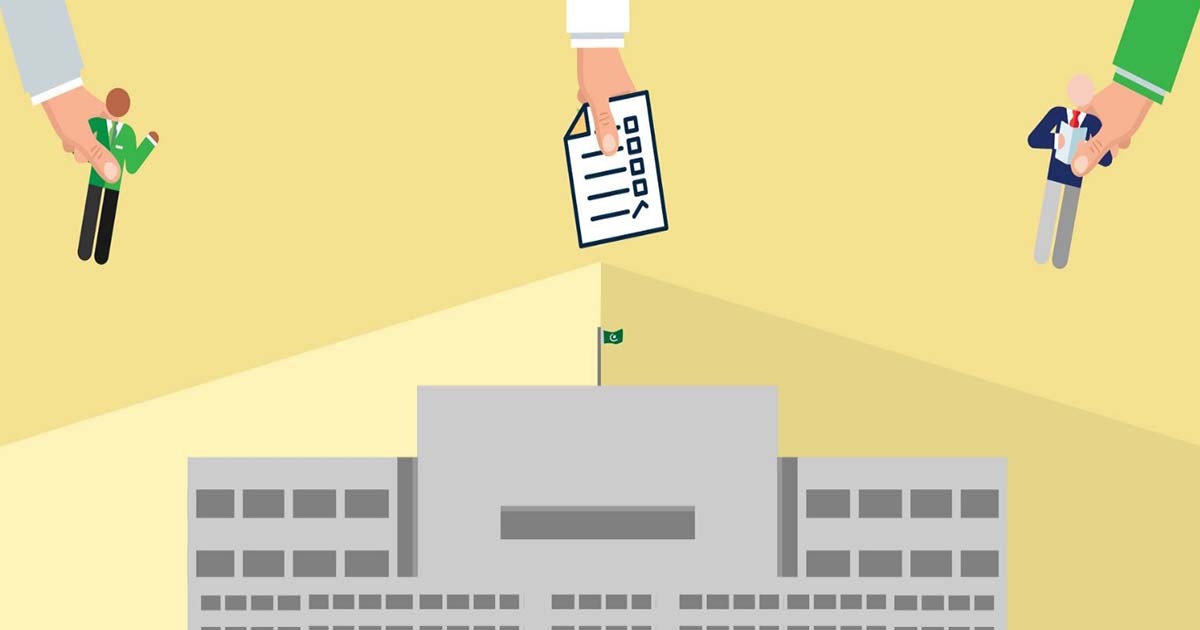 The Government of Punjab issued an ordinance on March 29, 2020, titled, “Prevention and Control Ordinance 2020.” Restrictions have been clamped to protect the public from the COVID-19 pandemic violations, which can result in six months of imprisonment and fine of Rs 50,000. The Deputy Commissioner (DC), a prominent figure of the bureaucracy, has the power to enforce the law while the public has a right to appeal to the board headed by the Commissioner.

Without sounding negative as these are testing times for the nation, our bureaucracy is good at clamping restrictions, while providing relief is unknown to them. Legislation through bills or ordinances is the prerogative of the elected representatives of the people but unfortunately, the bureaucrats have manipulated it. Without the blessings of the concerned government department, no legislation can take place. In other words, the legislative branch of the government is today subservient to the executives and, to some extent, the judiciary has also stretched its fangs.

In most civilised countries, when a car is stopped for a traffic violation, like over speeding, the officer is required to ask the reason for the violation of the law.

If the reason is a legislative one, he is let go or help is provided. With the current lockdown, the normal flow of life is seriously disrupted. There are needy people on the roads looking for food yet most young people are stopped and punished. Law enforcement calls for facilitation as well. If someone is hospitalised or punished, effective food and medicine chains should be there to cover the family needs. Restrictions and relief must go hand in hand otherwise it is termed brutality.

I have serious objections to the bureaucratic control of the legislature-making in the public interest. It is the domain of the elective representatives, not the evergreen colonial bureaucracy of Pakistan. All is certainly not well in the corridors of power. No wonder, status-quo is entrenched today in the land of pure.

1970s: When elected representatives had control

In the seventies, the elected government of Zulfiqar Ali Bhutto (ZAB) had complete control of legislation. Public welfare bill and ordinance were prepared and issued in days not months and years, as is the case today. It was May 1974. We were students at Punjab University’s old campus. The weather had suddenly changed. A class of 60 was cramped in a room on the top floor with only four ceiling fans. In those days, summer vacations started in late June or early July and extended till September. A written request was made to the Director to change the schedule of summer vacations, which was denied.

Such an arrangement not only provides for checks and balances and separation of powers but also reduces the role of civil bureaucracy who have continued as real rulers of Pakistani state since 1947.

Next day, we boycotted classes and marched to the Assembly Chambers. Malik Ghulam Nabi (father in law of Dr Yasmin Rashid) was the education minister. A small delegation had a meeting with the minister in his chamber. He agreed to change the schedule of summer vacations. As the assembly was not in session, a meeting was called in the Governor’s House next day in which the Vice-Chancellor and Secretary Education were also called. Ghulam Mustafa Khar was the Governor.

An ordinance was issued on the same day; changing the schedule of the vacations from July-August-September to June-July-August. The elected representatives were in total control. Relief to the public was high on their agenda and bureaucracy was required to comply and serve.

Perhaps, this is the gift of the fabricated, subservient democracy of the Zia-era, which was then fortified during the Musharraf rule. The helplessness of the elected representatives and the total control of bureaucracy is mind-boggling. In the seventies, it was the “Awami Hukumat” that provided relief to the people. For “Naya Pakistan” to take roots, the political leadership has to be in the driver’s seat, not the outdated and sluggish bureaucracy.

Do state institutions only perform when forced?

Prime Minister Imran Khan has created a “Corona Relief Fund,” which will ensure relief to the needy segments of the society through a “Tigers Force” of the youth. During the flood of 2010, the PTI played a pivotal role in providing relief to the affectees. Together with the Chairman, I had personally visited several camps, which was organised by the local leadership.

Once the Corona pandemic settles, the cancerous growths of the last 40 years (1977 – 2017) will have to be addressed. All power to be people and their elected representatives

The camp at Rahim Yar Khan was very impressive. Jamaat-e-Islami also had a few centres but the two main political parties (PMLN and PPP) were nowhere to be seen. The Army and Air Force were also involved with very little help from the civil administration.

Corona Pandemic is a serious challenge for the nation. Like the previous calamities, I am sure it will overcome it with faith and grit. In the earthquake of 2005, the people of Pakistan had responded when the state institutions were parapet. The floods in 2010 were massive. There was water all over yet the spirits had not dampened. The emergency response mechanism at the people-to-people level has always delivered where the administrative mechanism has repeatedly failed.

I visited Muzaffarabad in 2015, 10 years after the calamity. People had moved on but the debris had yet not been cleared by the civil administration. This is the tragedy of Pakistan. The power centres do not change. Most state institutions only perform when forced. Otherwise, they remain in slumber. The required day-to-day support mechanism are non-functional.

As it is said, “An ounce of prevention is better than a pound of cure,” we always have to pay a heavy price for the non-performance of our state institutions. Restrictions, punishment, containment, harassment and only emergency short-term relief is provided. Facilitation and service to the people are on no ones’ agenda. After ZAB, today, Pakistan has an elected popular leader. It is time to put our house in order.

The elected political leadership has to take charge. The non-performing bureaucracy has to follow SOPs (Standard Operating Procedures) or be shown the door. The power centre has to be moved from the Secretariats to the legislature where it rightfully belongs. Once the Corona pandemic settles, the cancerous growths of the last 40 years (1977 – 2017) will have to be addressed. All power to be people and their elected representatives.

Previous articlePeople on steroids may be more at risk of COVID-19
Next articlePakistan’s economic survival is based on agriculture: Fix it before we lose the opportunity!

29 July 2021
Previous articlePeople on steroids may be more at risk of COVID-19
Next articlePakistan’s economic survival is based on agriculture: Fix it before we lose the opportunity!

Pak Army to safeguard security and safety of its people: COAS