The Significance of Pak-US military ties 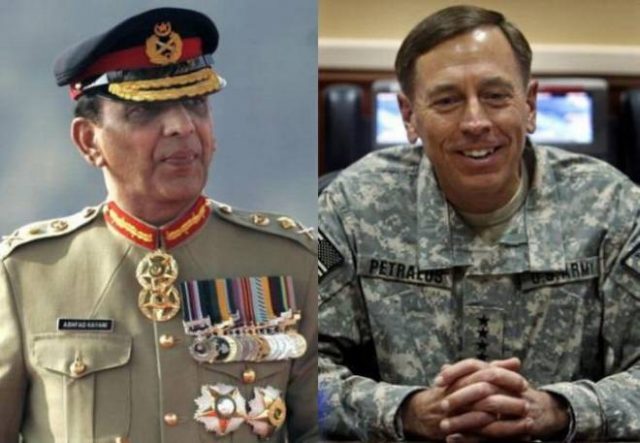 In the first visit of a foreign delegation to Pakistan after the new government was formed, the chief of the US military will accompany the Secretary of State next week. This underscores the importance of military ties between Islamabad and Washington. The Secretary of State, Mike Pompeo, had called upon the new Prime Minister of Pakistan, Imran Khan in a congratulatory phone call over a week ago and expressed his willingness to work with the new government in Pakistan.

However, there seems to have been a misunderstanding as the foreign office of Pakistan denies there was any talk about terrorists operating on Pakistani soil in the phone call while the US State Department maintains the issue was brought up. In a press briefing at the Pentagon, the Secretary of Defense James Mattis revealed that the Chairman of the Joint Chiefs of Staff, General Joseph Dunford, will also visit Islamabad next week.

There are a few similarities between the structure of the armed forces of the United States and Pakistan. The Chairman of the Joint Chiefs of Staff in the US is analogous to the Joint Chief of Staff Committee to which the three service chiefs of the navy, army and air force.  The Secretary of Defense in the US occupies the same position in the organizational hierarchy as the defense minister of Pakistan. Paramilitary forces such as the Rangers and Frontier Corps in Pakistan and the National Guard in the US function under their respective ministries and departments.

Military ties between nations all over the world bring countries together. They often define the contours of a relationship before economic, cultural or political ties are established. In a world of realist politics, survival and security of the state are paramount. Ties with the military of countries having a common interest are a natural consequence of this fact. Pakistan has close ties with the militaries of China, Saudi Arabia, and Turkey.

Read more: The US military has no authority to target Pakistan

When relations with Russia began improving recently, joint military exercises were held and the ban on the sale of military hardware to Pakistan was lifted. During the cold war and the war on terror, what brought the US and Pakistan close were joint military interests, first in containing Soviet expansionism and then, later on, fighting terrorists in Afghanistan and Pakistan.

The history of the Pakistan-US relationship as a whole is a tale of missed opportunities, common interests in a few specific areas and diverging priorities otherwise. There was a time when Pakistan was the ‘most allied ally’ of the US. Islamabad joined Washington’s crusade against Communism by becoming a part of the Central Treaty Organization (CENTO) and the South East Asian Treaty Organization (SEATO). Both were military pacts between nations on the periphery of the Soviet Union.

In the first few years of Pakistan’s existence, the Prime Minister of Pakistan, Liaqat Ali Khan, went to the US to seek economic and military assistance. That was the time when relations with China weren’t nearly as good as relations with the US were. A select number of Pakistani troops are regularly trained in US military training centers each year.

The government in Kabul might be failing altogether after a series of seemingly unending tactical defeats suffered by Afghan security forces at the hands of the Taliban.

On the other hand, Washington has put economic sanctions on Pakistan more than once in recent history. During the 1970s, when Pakistan embarked upon a course to acquire nuclear capabilities, after India, it was the US that was most adamantly opposed to such an outcome. Henry Kissinger reportedly warned the Prime Minister of Pakistan, Zulfiqar Ali Bhutto, and said, “We will make an example out of you.” Crippling economic sanctions in the late 1990s brought Pakistan’s economy to the brink. After over a decade of very close cooperation in the US-led war on terror, Washington now blames Pakistan for harboring terrorists and says Pakistan must ‘do more’ in this regard.

Sale of military hardware by America to Pakistan plummeted to $21 million in 2010 from an all-time high $3.5 billion in 2006 annually. More recently, training of Pakistani troops in the National Defense University in Washington was slashed as there were ‘no funds available’ from the US government’s International Military Education and Training Programme. “This is an unfortunate and ultimately counterproductive decision”, argues Michel Kugelman, an expert on Pakistan and South Asia at the Woodrow Wilson Center. China has now assumed the role of the number one weapons exporter to Pakistan ‘without conditions’. Military aid from the US usually came with demands to follow Washington’s interest.

What to expect in the meeting

Pompeo and Dunford land in Islamabad next week against the backdrop of such a climate of mistrust between the two nations. The inclusion of the US military chief means security will be at the top of the agenda. James Mattis said in his press briefing that terrorists will definitely be discussed. The situation in Afghanistan will probably merit most of the time in which the American delegation meets the leadership of Pakistan.

Read more: Can Pak-US ties be reconfigured amid hardened positions?

The government in Kabul might be failing altogether after a series of seemingly unending tactical defeats suffered by Afghan security forces at the hands of the Taliban. If the US delegation is merely going to repeat its ‘do more’ mantra, the meeting won’t be very fruitful. Otherwise, there is hope for peace in Afghanistan and the broader region. And the militaries of both countries will have to play their part in the relationship.

PTI sacks Ajmal Wazir: did he receive a commission?