The twist and turns of the Blasphemy law in Pakistan 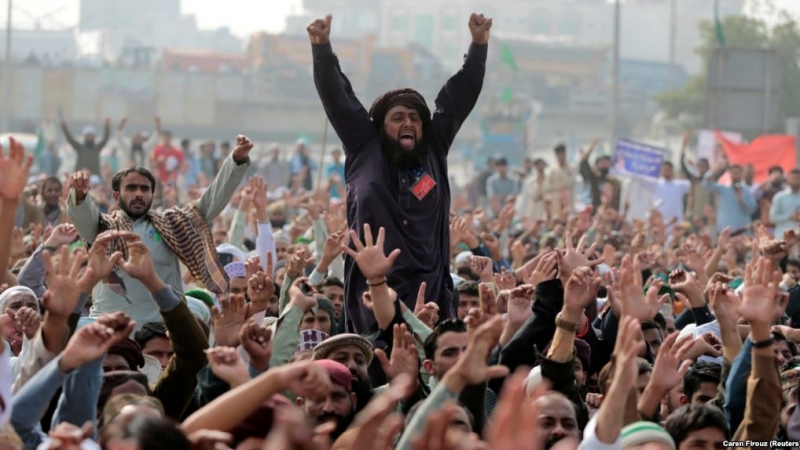 The origin of the current blasphemy law which is part of the Pakistan Penal Code, dates back to 1860 when introduced by the British Government to protect religious feelings of mixed communities living in British India. Under the British penal code: Section 295 provided protection to worship places of all religions living in the subcontinent. It does not contain an element of discrimination in favor of any religion over the other. It maintains equality of all before the law. The law appears to maintain mutual harmony and peace as well as to promote a sense of mutual tolerance, understanding, and respect for all in the multifaceted society of the subcontinent.

Then a downhill politically motivated spiral started, by a manipulative political ruler, to perpetuate his rule, dependent on support from religious parties, who started tinkering with the law.  In 1982, the law was amended as 295-B, defiling the Holy Qur’an, was added by Presidential Ordinance 1:

Defiling the copy of Holy Qur’an. Whoever willfully defiles damages or desecrates a copy of the Holy Qur’an or of an extract therefrom or uses it in any derogatory manner for any unlawful purpose shall be punishable with imprisonment for life.

That, however, did not satisfy the Islamic extremists; they pressurized General Zia-ul-Haq to add 295-C through Criminal Law (amended) Act III of 1986, the Blasphemy against the Holy Prophet. This was even further amended by the judgments of the Federal Shariat Court, making the death penalty mandatory on conviction for the offense of desecrating the name of the Prophet Muhammad (PBUH). Not only that but for the first time, religious qualifications were added to the PPC, so that only a Muslim Judge may hear the case under this section of the law (Section 295-C).

Use of derogatory remarks etc., in respect of the Holy Prophet: – whoever by words, either spoken or written, or by visible representation, or by any imputation innuendo, or insinuation, directly, defiles the sacred name of the Holy Prophet Muhammad (PBUH) shall be punished with death, or imprisonment for life and shall also be liable for fine.

This law set death penalty or life imprisonment for defiling the name of the Prophet of Islam. Another noteworthy thing in this section is the absence of ‘willfully or intentionally’ in the text of the law. Disregarding such elements makes the whole environment suspicious as “will” or “intention” is an essential part of human behavior in order to identify criminal offense. Thus, under section 295-C, a person committing an offense without “will” or “intention” is awarded death sentence at par with the one committing it “willfully” or “intentionally.” The option of life imprisonment was taken away after a 1991 Federal Shariat Court judgment.

The assertion of this law is apparently built on consensus (ijma) of four Sunni schools of thought which does not allow any concept of an alternative position. Hence, there is no margin for ‘ifs, ands or buts’. In Pakistani society, therefore blasphemy is not a pardonable offense and anyone who believes otherwise is also considered as committing blasphemy and therefore, must pay with their life.

However, what the Pakistani law enforcers are not accounting for or wish to ignore, is that implementation of the laws are of the essence. Even under the historical shariah law, rigorous proof has to be given of someone who is accused of blasphemy. Certainly mob violence enforcement of such blasphemy is nowhere prevalent in other Muslim countriesworld today neither is it condoned by the religion or Shariah.

Advocate Ismaeel Qureshi, the major architect of Pakistan’s blasphemy law, built it on the case of irrevocable death penalty, with no room for a pardon based on the works of leading Hanafi authorities and ironically, Imam Ibn Abidin himself.

Read more: How do you know if I am an extremist or a moderate

At one point, in Fatawa e Shami, Imam Ibn Abidin takes Bazzazzi’s claim – ‘the punishment for blasphemy is death, it is unpardonable and anyone who disagrees is also guilty of blasphemy’ – dissects it and goes on to criticize it for the next six pages.

Mazhar Arafat of Engage,which is an institution for research and reform of religious laws in Pakistan, spoke with Ismaeel Qureshi to clarify the Imam Ibn Abidin documents, he writes that while Ismaeel Qureshi acknowledged that he made mistakes during his research, he said it was unfortunate. On that ‘unfortunate’ is what Pakistan’s judicial interpretation of blasphemy law now rest.

Meanwhile, in Jawaid Ghamdi’s book, The Penal Shariah of Islam, Ghamdi maintains that capital punishment can only be given to a person who has killed someone, or to someone who is guilty of spreading disorder in society. With reasonable certainty, during a seminar organized by People’s Resistance (PR), Islamic scholar Dr. Khalid Zaheer confirmed the notion that there is no blasphemy law in Islam.

A survey conducted by Pattan Development Organization reported that the participants in Multan, Faisalabad, Lahore and Islamabad, are of the opinion that blasphemy law is used for political and economic gains and no action is taken against those who commit blasphemy against any other religion.

Moreover, the non-Muslim community is afraid to raise their voice against government policies or even challenge them. With school, textbooks are inciting hatred against non-Muslims and non-Muslim students are even being forced to study Islamiat.