This was General Election 2018 and not a general(‘s) selection 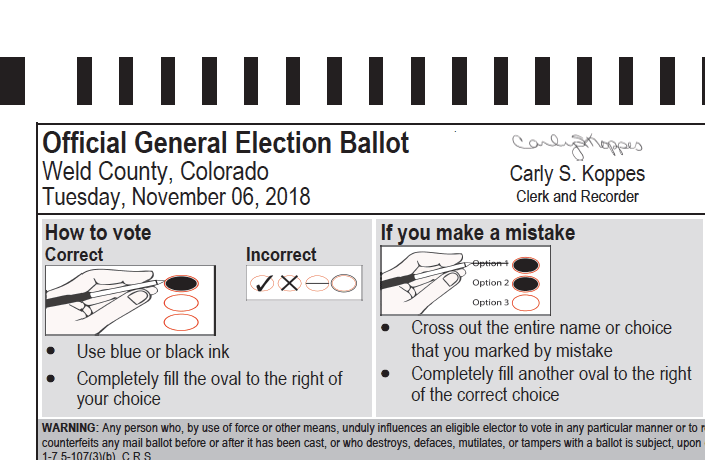 NY times said Military’s influence is casting a shadow over Pakistan’s elections, Foreign Affairs asked if democracy is dying in Pakistan, while Guardian claimed the same as well. Some said Army was trying to meddle into the election process by influencing judiciary. Financial Times said Pakistan heads for the dirtiest elections in years. Really? Not just international media but Pakistan’s media also published pieces with headlines such as ‘controlled democracy’.

Analysts have been ranting about how judiciary was being unfair towards one party, disqualifying its leaders and members, putting them behind bars for the charges they got convicted for like corruption, smuggling of prohibited drugs, contempt of courts, not declaring their assets truthfully in their nomination papers etc. But then that wasn’t the case Pakistan Tehreek e Insaf’s several members such as Rai Hassan Nawaz, Asif Tauseef, and others got disqualified too. When NAB summons PTI’s Aleem Khan why does nobody take a note of that? Why did that not make any news?

Though PTI’s government which is about to be formed in a few days should start working towards better governance, strengthened institutions so that when the the general elections are held in 2023 no party should make noise and no one in the world could point fingers at our electoral process.

Hundreds of conspiracy theories emerged to sabotage the electoral process of Pakistan. In the beginning, we heard that establishment wants the elections to be delayed, that didn’t happen. Then we heard stories about Jeeps being fueled by establishment, independents contesting elections on the symbol of Jeep now know that Jeep is out of the race. Dolphin the symbol of PSP was said to be funded by establishment, that too drowned. Then they said establishment wants a hung parliament so that a strong government couldnt be formed and thus would be easily maneuvered but PTI won with majority. Wondering, what are the conspiracy theorists up to now since nothing of that sort could be seen.

No one ever gave it a thought that if Nawaz Sharif couldnt provide two pieces of evidence i.e Bank statements and money trail, to defend himself in Avenfield reference case; If Hanif Abbasi couldn’t defend himself by providing proof in Ephedrine quota case; If Nehal Hashmi, couldn’t control himself while speaking then it isn’t establishment’s or judiciary’s fault. “Level playing field” was the favourite term of all those who support all the narratives that weakens our democracy and justify speaking about such narratives by calling it freedom of speech and press freedom…

Establishment did not ask Nawaz Sharif to buy Avenfield apartments nor did it ask him not to provide evidence in his defense. This is ironic that when judiciary punishes the money-launderers, drug dealers and criminals it becomes a threat to democracy.

A Tiny Reminder for those who Already Forgot

People don’t realize that PML-N govt., formed in 2013 got the whole of five years to complete its term and democracies in the world do go through the dismissal of premiers even when a trial against a premier begins – the ones with higher morality resign themselves in such shameful situations. All sane voices would talk about how Pakistan is suffering from huge fiscal and current account deficits, declining foreign exchange reserves, static investment gave rise to unemployment, industries have shut down due to energy cristhe is, exports have declined and imports have gone up resulting in the trade deficit.

People are not willing to pay taxes. Price of dollar sky rocketed to Rs. 130. Pakistan has been headed to insolvency and thus, IMF is our last resort. But with IMF come several conditions that we would have to meet. PMLN has been in power in Punjab for the last ten years and in centre for the last five years. Credit goes to them. Similarly, if we talk about Pakistan People’s Party, Sindh province has regressed, has deteriorated and so has Pakistan’s industrial hub and business capital, Karachi. BBC also published a report about education and public schools of all the four provinces of Pakistan. As far as govt.

Alif Ailan, a monitor of educational standards in Pakistan also reported that PTI govt in KP certainly performed better than other provinces. If we talk about health, PTI govt. introduced Sehat Insaf card, it is their health insurance scheme and could be used at all government hospitals and several private hospitals for surgeries and other treatments. 2.5 million have been benefitting from it.

This election’s result was purely based on the performance of these parties. All those questioning the legitimacy of elections and calling it a selection but not election need to do some soul searching before they start giving out their analysis. Decades of rule in Sindh and Punjab and no substantial human or structural development to be witnessed.

People don’t realize that PML-N govt., formed in 2013 got the whole of five years to complete its term and democracies in the world do go through the dismissal of premiers even when a trial against a premier begins – the ones with higher morality resign themselves in such shameful situations.

Still if PPP has managed to get 74 seats in Sindh and is able to form their government there then that is probably way more than they were expecting to get and therefore Bilawal has announced that we will be in the parliament, we will be in the opposition. Bilawal and Co. couldnt afford to lose Sindh and that is why have backed off from the ‘rigging’ propaganda that other fallen idols have been chanting like Fazal ur Rehman, Siraj ul Haq, PMLN, etc.

It is not only about who is military’s blue-eyed boy but people were actually tired and frustrated of listening to the same old promises and were desperate for a change. And the desperation for change could be clearly seen in Karachi, where the most popular party MQM-P could only secure 6 national assembly seats and PTI secure 12 out of 21 seats. Karachi’s result were unpredictable because PTI didnt pay as much attention to Karachi as it should have been.

PTI’s Shah Mehmood Qureshi also once said that Sindh is ready to accept PTI but looks like PTI is not yet willing to accept Sindh. MQM always played ‘Muhajir’ (urdu-speaking) card in Karachi’s politics and that party’s performance in election is a clear indication that people of Karachi were looking for new leadership because they felt the old ones havent delivered.

Despite military’s alleged meddling, despite democracy being controlled people have been seen to  come out to perform their civic duty of voting in great numbers.Election commission of Pakistan’s result transmission system (RTS) was the only problem that came forward and people and media talked about. That too was not rigging but the crash and glitches of technology that delayed the results from several constituencies to reach to the media and gave birth to suspicions.

Apart from that no massive rigging was observed as compared to general elections 2013, where unsealed envelopes of result were seen, unsealed ballot boxes full of ballot papers were seen abandoned, ballot stuffing was observed.

But all those parties expressing reservations regarding the conduct of elections and election commission should know that PTI was the only party who talked about electoral reforms when was in opposition in the previous government of PMLN. Election commission and all the other institutions functioning in this country have been weakened by the political interference, nepotism and authoritarianism. Those who have remained in power, those who have ruled should have reformed the systems and should have strengthened the institutions. But because the ill functioning system was benefitting them why would they? And If they havent in their term then they have no right to protest against the election commission’s conduct of elections.

Though PTI’s government which is about to be formed in a few days should start working towards better governance, strengthened institutions so that when the the general elections are held in 2023 no party should make noise and no one in the world could point fingers at our electoral process. If this government also fails to do this and if they lose the next elections then they also technically have no right to protest because for the next five years till the elections this is the ruling party.

If we talk about health, PTI govt. introduced Sehat Insaf card, it is their health insurance scheme and could be used at all government hospitals and several private hospitals for surgeries and other treatments. 2.5 million have been benefitting from it.

I know people have doubts about the Skipper Imran Khan, he has never held a public office and lacks the experience. But then he is known for some of his skills like team selection, not to compromise on the principles, honesty, determination, consistency and above all his love and passion to make Pakistan Great again.

We had lost hopes in the system, in the political parties for they failed us but everyone in the country whether Khan’s supporter or not, have hope in him. He never served us, we never gave him a chance, now that we have, I hope he doesnt fail us like the ones before him. While we wait and see the policies and results of those policies of Imran Khan’s government. I would like to Congratulate him for his tremendous victory after the tireless struggle of 22 years. But then you must have heard that for good things to happen, you have to be patient.

I am thankful to him for giving us the best and most important years of his life, willingly putting your life on display to be scrutinized by all and some of them might not even have the class nor the intellect to judge you. I am glad that you chose to live your life in Pakistan while you could have easily settled anywhere in the world and enjoyed the stardom.

Shiffa Yousafzai is a TV presenter & producer with Hum TV. She is an International Alumni Ambassador for Manchester Metropolitan University, UK, where she studied Multimedia Journalism. Earlier, she graduated with business and marketing at Air University, Islamabad. She had been vice-president Air University Cultural Society; She is a singer and has performed in cultural events. Shiffa could be followed on twitter @Shiffa_ZY and on facebook @ShiffaYousafzai. The views expressed in this article are author’s own and do not necessarily reflect the editorial policy of Global Village Space.