Thousands of women to commit suicide if ‘Padmaavat’ is released 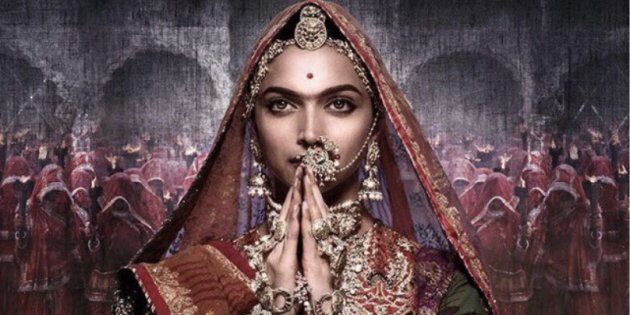 The row against Sanjay Leela Bhansali’s ‘Padmaavat’ remains unsettled as the protesting Rajput group Karni Sena has warned of the mass suicide by Rajput women in case the authorities fail to call off the release of the movie across India.

Despite five major amendments and a change in the title of the movie after recommendations from the censor board, the enraged group still uphold their demand to ban the release of the movie.

The recent procession organized at Dholpur saw a huge number of female protestors from the community.

“We want the Yogi Adityanath government in UP to ban the film, as the Haryana government has already declared a ban in the state today,” a senior member of Karni Sena said.

“Earlier, we had met Haryana Chief Minister Manoharlal Khattar requesting him to ban the movie, and he had assured us the movie would be banned once they check its legal aspects.”

“We want Prime Minister Narendra Modi to look into the issue and ban the movie across India. We met Home Minister Rajnath Singh on January 14 and apprised him of the challenges the country will face once the film is released,” he said.

“Why the central government is keeping mum on this issue is beyond our understanding,” he added.

If the film’s screening is not stopped, they will perform Jauhar (mass immolation). The men will go to cinema halls with swords to stop its screening,” he added.

“Republic Day celebrations will turn into a dark day as there will be all chances of a war-like situation in the country”.

“We are also planning a big protest at Jantar Mantar in Delhi from January 22nd where thousands of Rajputs from across the country will be gathering to stage a massive protest,” he said.

The member of the Karni Sena says thousands of women have registered their name for self-immolation protest with the consent of their families.

Read more: Thousands of Indian farmers commit suicide each year due to India’s…

The period film inspired from the legend of ‘Padmavat’ is confronting extreme opposition from the Rajput community in India since the first trailer was released a few months ago.

To calm the protestors censor board has already asked the makers to omit 26 scenes from the movie and change the title from Padmavati to Padmaavat.

The release date of January 25th, 2018 is approaching but opposition shows no signs of settling down.

With just a week to go, will the movie be released? If so, how will authorities deal with the new threats of the protestors?

India election: how Narendra Modi won with an even bigger majority