Three Indian soldier were killed in Eastern Ladakh by Chinese forces after they crossed the Line of Actual Control. While India says that there are also Chinese casualties, there has been no confirmation by China. Meanwhile, the situation at Ladakh is getting out of India's control. 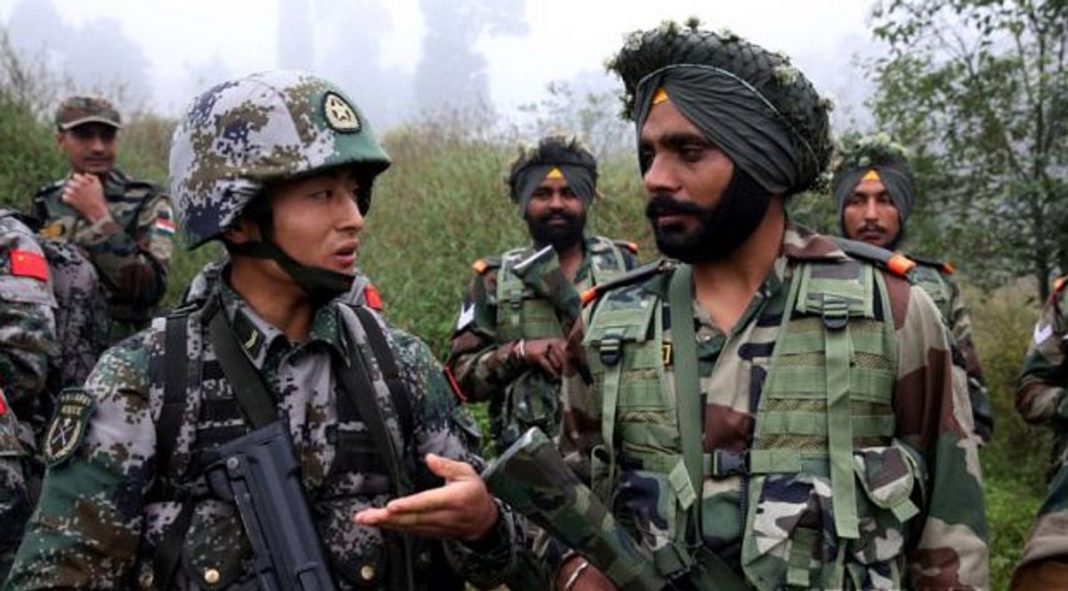 Three Indians have been killed in a “violent face-off” in Ladakh clash with China on the border, the Indian army said Tuesday following weeks of rising tensions and the deployment of thousands of extra troops from both sides.

BREAKING: India says three of its soldiers killed in 'violent face-off' with Chinese troops in the Himalayan region of Ladakh https://t.co/HBKkNd1NUf pic.twitter.com/rt7Ew8ai61

Brawls and face-offs flare on a fairly regular basis between the two nuclear-armed giants over their 3,500-kilometre (2,200-mile) frontier, which has never been properly demarcated, but no one has been killed in decades.

Three Indians killed in Ladakh: No casualties on Chinese side

The Indian army said that there were “casualties on both sides”, but Beijing made no mention of any deaths or injuries as it swiftly laid the blame squarely on India for the incident.

“A violent face-off took place yesterday (Monday) night with casualties on both sides. The loss of lives on the Indian side includes an officer and two soldiers,” an Indian army spokesman said in a statement.

“Senior military officials of the two sides are currently meeting at the venue to defuse the situation.”

China on Tuesday accused India of crossing a disputed border between the two countries, as the Indian army said three of its soldiers had been killed in violent clashes.

Just recently thousands of troops were involved in clashes on the frontier in India’s Ladakh region, just opposite Tibet.

The Indian army said the incident took place in the Galwan Valley in the high-altitude Ladakh region — which is just opposite Tibet.

Beijing has lodged “strong protests and solemn representations” to Delhi, he said.

He did not make reference to any fatalities, but India said Tuesday there had been casualties “on both sides”.

“We again solemnly request that India follows the relevant attitude and restrains its frontline troops,” he said.

“Do not cross the border, do not provoke trouble, do not take any unilateral action that would complicate the border situation.”

Last week, China said it had reached a “positive consensus” with India over resolving tensions at the border.

India’s Prime Minister Narendra Modi and Chinese leader Xi Jinping have sought to ease the tensions at summits over the past two years when they agreed to boost border communications between their militaries.

Thousands of troops from the two nuclear-armed neighbours have been involved in the latest face-off since May.

On May 9, several Indian and Chinese soldiers were injured in a clash involving fists and stone-throwing.

Three Indians killed in Ladakh despite diplomatic manoeuvres by India

The Chinese foreign ministry said only last week that a “positive consensus” on resolving the latest border issue was achieved following “effective communication” through diplomatic and military channels.

In a later statement, India’s foreign ministry had said the two sides would “continue the military and diplomatic engagements to resolve the situation and to ensure peace and tranquillity in the border areas.”

#BREAKING: India’s Defence Minister @rajnathsingh reviewed the current operational situation in Eastern Ladakh, consequent to yesterday's violent faceoff on the LAC, along with the CDS and the three service Chiefs. External Affairs Minister was also present during the meeting.

But sources and Indian news reports suggested that India appeared to have effectively ceded to China areas that the People’s Liberation Army occupied in recent weeks, notably parts of the northern side of the Pangong Tso lake and some of the strategically important Galwan river valley.

India’s Prime Minister Narendra Modi and Chinese leader Xi Jinping have sought to ease tensions at summits over the past two years when they agreed to boost border communications between their militaries.

The deaths are believed to be the first in decades in a confrontation between the two powers. They have fought only one war so far, in 1962, when India suffered a humiliating defeat.

Indian and Chinese soldiers have been locked in a standoff for weeks at Pangong Tso, Galwan Valley, Demchok and Daulat Beg Oldie in eastern Ladakh. A significant number of Chinese army personnel occupied the Line of Actual Control or the de-facto border in several areas including Pangong Tso.