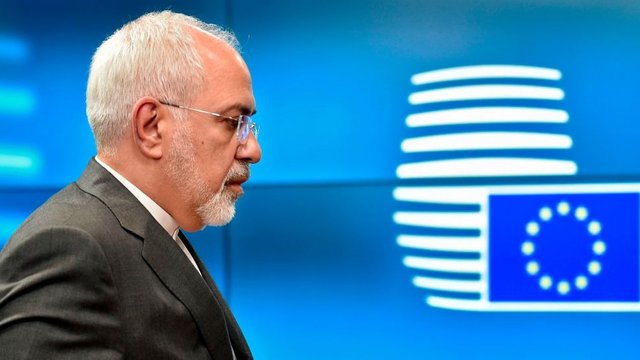 Iranian President Hassan Rouhani urged the French President Emmanuel Macron to keep up the promises made in the nuclear deal while talking on a phone call. Rouhani asked for guarantees from the west after the United States decided to walk away from the deal, allowing Iran to sell the oil along with open financial channels. “Iran has acted upon all its promises in the nuclear agreement and, with attention to the one-sided withdrawal of America … expects the remaining partners to operate their programs more quickly and transparently,” Rouhani was quoted as saying.

Macron reiterated the commitment on part of the remaining signatories of the deal that they are inclined to keep the pact open while suggesting at the same time that there needs to be a broad spectrum dialogue which includes Iran’s ballistic program and its interventionist policies in the Middle East. Iran and United States of America are in a row with each other after U.S. President Donald Trump decided to back out of Iran’s nuclear deal, once again leaving Iran vulnerable to severe economic sanctions.

The head of the navy of Iran’s Revolutionary Guards, General Alireza Tangsiri, said on Monday that Iran had full control of the Gulf and the U.S. Navy did not belong there, according to the Tasnim news agency.

Though rest of the signatories vowed to keep the deal alive as Iran was abiding by the terms of the agreement but the United States announced that any country or Multinational Corporation which will continue doing business with Iran will have to face the sanctions too. To demonstrate how seriously the United States sees the matter, it even announced a deadline of November 4, 2018, for countries and MNCs to shift their business.

Lack of trade will result in it economic crisis inside Iran, therefore last week, Iran’s president and then the chief of army staff went to the length of saying that Iran could choke the Strait of Hurmuz which affects the trade for UAE and other Gulf countries. So far there has not been any encouraging development which could provide Tehran with some breathing air as the U.S deadline is approaching near. Iran has already proceeded to International Court of Justice in July against the sanctions claiming that they are a blatant breach of a 1955 agreement known as the Treaty of Amity that regulates economic and consular ties between the two countries.

Read more: ‘My life is being destroyed’: Iranians react to sanctions return

The court began its formal proceedings in Hague with the first hearing on Monday where Iran’s representatives told the judges that sanctions itself are beyond apprehension especially after the global nuclear watchdog IAEA has repeatedly asserted that Iran is abiding the terms of the agreement. However, the ICJ is highly unlikely to provide Iran with some immediate and direly needed relief as the cases can linger on for years. If America goes ahead with the November 4 threat, which is most likely the case given the precedence which current U.S administration has set, it can result in the severe economic crisis for Iran.

Rouhani asked for guarantees from the west after the United States decided to walk away from the deal, allowing Iran to sell the oil along with open financial channels.

He added: “All the carriers and military and non-military ships will be controlled and there is full supervision over the Persian Gulf. Our presence in the region is physical and constant and night and day.” The blockage is most likely to result in the direct confrontation between Iranian forces and the U.S navy stationed in the Persian Gulf. But nevertheless, the possibility cannot entirely be ruled out as Iran is very short of options and it’s the economic lifeline of the country which is under threat.

Another concern for Iran is that the European signatories of the deal, France, Germany and the United Kingdom are also asking to extend the scope to Iran’s ballistic program and its Middle East policy. Both of these were not the part of the original agreement in 2015 and the U.S cited them as one of the reasons for walking out of the JCPOA. So far Iran’s Middle East policy has been highly successful where it has managed to sit right next to its traditional for Israel in Syria. But it may change soon if Iran is brought under pressure for the economic reprieve.