TLP gears up to protest against Election Day rigging 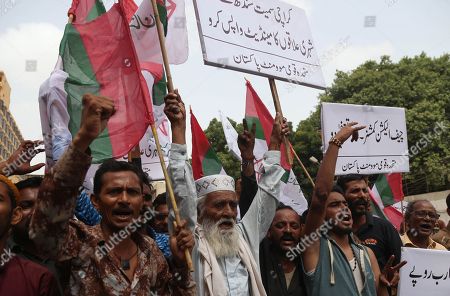 The Tehreek-i-Labbaik Pakistan has given a call for a protest against rigging on Mall Road, Lahore. The rally will be taken out on August 6 (Monday), announced TLP spokesman Pir Ijaz Asharafi.

According to the party’s press release, after a meeting of its central executive committee/TLP Shoora, Asharafi said,  the country has witnessed the worst rigging in the elections on July 25, which has prompted the party to protest against the rigging.

It alleges that massive rigging took place in favor of one party and thousands of party activists will record its protest on Monday. According to the schedule released by TLP, the protest will start from Data Darbar and end at the Punjab Assembly.

Against all the odds, TLP has bagged 2.19 million votes against the Muttahida Majlis-i-Amal’s 2.54 million.

In a statement, TLP said, “it was not an election, but a selection – a fraud, committed on the basis of the worst kind of rigging.” Against all the odds, TLP has bagged 2.19 million votes against the Muttahida Majlis-i-Amal’s 2.54 million. Although Muttahida Majlis-i-Amal has secured higher votes, it was the collision of 5-parties.

Moreover, TLP has emerged the third largest party in Lahore in terms of vote bank after PML-N and PTI. Earlier, TLP chief Maulana Khadim Hussain Rizvi had stated that Imran Khan has no right to make government. He claimed that PTI chief has no record of services to this nation and with no prior record of governance, people of Pakistan cannot pin their hopes on cricket turned politician to rule the country.

He termed rigging a collection sin of the nation which would bring Allah’s wrath, which should be feared. TLP had already indicated that party will not become part of any government in Sindh. Surprisingly, it secured two seats from Sindh provincial assembly.

TLP has decided to participate in by-elections and has directed the party workers to prepare for the by-polls. The party has also claimed that it will surprise everyone with its results in next local government polls.

TLP has remained a threat to the country’s peace. Some political analysts allege that TLP works at the behest of the military establishment and the role of the party in the agitation against the PML-N government is a testimony to party’s affiliation with the establishment.

All the opposition parties have collectively termed the July 25 elections as rigged and the biggest fraud in Pakistan’s history. But, independent observers including Free and Fair Election Network (FAFEN), and European Union Election Observation Mission (EU EOM) to Pakistan have shown satisfaction with the election process on July 25.

Among the mainstream political parties, history tells us that they don’t possess the ability to create hurdles for the government through agitations and Dharnas for a prolonged period of time. Although, under the leadership of Maulana Fazal-ur-Rehman All Party Conference’ (APC) has threatened to conduct rallies and demonstrations, but, other than MMA, the only party which can give tough time to Imran’s government is TLP.

If the elections were rigged by the establishment as PML-N, PPP, and MQM-P claim, then, why would a pro-establishment party like TLP threaten Imran’s government? In its last demonstration against PML-N, TLP had brought the life in Lahore to a standstill. It has the ability to create major trouble for Khan’s next government.

Read more: What triggered the rift between the factions of Tehreek-i-Labbaik Ya Rasool…

Will it stand by its stance remains to be seen? On the other hand, the Election Commission of Pakistan claims that Election Day was more than satisfying and it didn’t see any rigging or fraud. It has also put the Form 47 online and has announced to put the Form 45 online from all the constituencies and 85,000 polling stations across Pakistan.

It may put the expected agitation to rest. But, the defeat of status quo parties won’t go down easily, unless detailed investigation in some constituencies is not conducted. It remains one of the biggest challenge for Imran’ex next government.

Is KSA’s inclusion in CPEC an answer to Pakistan’s economic crises?

Who can benefit from Saudi-Canadian spat?