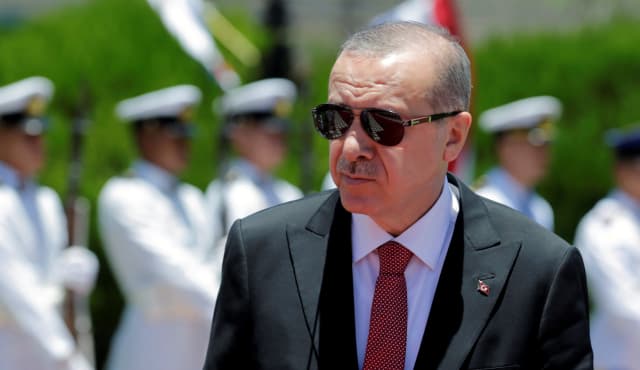 This is a significant political and diplomatic victory for Russia insofar as only two other countries joined the US and Britain to oppose the Swedish resolution. Six countries abstained.

The big question is whether this development portends an impending US attack on Syria, bypassing the UN. The UN has refused to confirm there has been any attack at all. Russia and Syrian government insist there has been no attack and have approached the Organization for the Organization for the Prohibition of Chemical Weapons for an international investigation. The good thing is that the OPCW is deputing two teams of experts to go to Douma later this week. Russia has offered to give them full security protection.

Make no mistake, Israel will have to pay a price for the killing of the Iranian 4 military advisors. The powerful Iranian statesman, Ali Akbar Velayati has has explicitly stated as much. Indeed, Israel is going to be in real fix if Trump now decides not to attack Syria.

So Trump has a major decision to make. Logically, punishment follows a crime that has been committed and it seems no crime has been committed. This appears to be a false flag operation – that is, a fabrication with a view to trigger a sequence of events. That was how the US invaded Iraq in 2003 and it is an established fact today that Saddam Hussein did not have any program to develop weapons of mass destruction, as then US Secretary of State Colin Power had misled the UN Security Council. (Powell later admitted that he was misled by his own administration.)

One difference in the present case is that Trump has been on record that he wants the American military presence in Syria to end. That stance and the present threat to launch an attack on Syria are contradictory. Because, a US attack on Syria will have serious repercussions, including possibly a showdown with Russia, which would mean a US drawdown in Syria may not be possible in a conceivable future.

Read more: Trump to decide soon whether to retaliate for chemical attacks in…

A US attack on Syria can distract attention from the stormy controversy that may arise if at this point Trump axes Mueller and derails the investigation against him. There are precedents when beleaguered American presidents resorted to diversionary tactic. Bill Clinton fired cruise missiles at Kandahar when the scandal over Monica Lewinsky peaked and he was facing the prospect of impeachment.

A US That brings us back to the alleged chemical attack in Douma last weekend. Who would have staged a false flag operation? The finger of suspicion points toward Israel’s role. Israel is desperately keen that the US should have a permanent military presence in Syria. To that end, Israel is fuelling tensions that will take matters to a point that a US withdrawal from Syria somehow gets stalled. This is also the impression conveyed by DebkaFile, the Israeli website with links to the intelligence, which specializes in disinformation tactic.

Read more: Syria ‘chemical attack’: What you need to know

The coincidental Israeli attack on a Syrian air base on Sunday had all the hallmarks of a deliberate act of provocation. Four Iranian military advisors were killed in the Israeli raid. Israel must be hoping against hope that the Iranians will retaliate, leading to a flare-up where the US would get pitted against Iran at some point. Such subterfuges are typical of Israel’s strategy. The point is, Israelis lacks the capacity on its own to tackle the challenge of the expanding Iranian influence in next-door Syria.

Trump has reportedly cancelled a planned trip to Latin America. The New York Times has reported that Trump is weighing “more robust” military strikes against Syria. No doubt, tensions are rising. To my mind, however, Trump may not order an attack on Syria. Maybe it’s wishful thinking — frankly, I am a man of peace and am terrified of war — but I’ll explain why there is reason to believe still that sanity will ultimately prevail in Washington.

First, a US attack on the Syrian regime at this stage of the 7-year old war doesn’t make sense insofar as it cannot stop President Bashar Al-Assad on his tracks from attaining total victory. Bashar’s victory is a fait accompli. Period.

On the other hand, in order for the Syrian regime to be degraded to a point — like in Libya for example — and deposed from power, there has to be a massive western military intervention, including deployment of ground forces in tens of thousands. That seems improbable, given the level of disenchantment in Europe regarding Trump. So, the US has to go alone — at best with the (British) poodle. In such an enterprise, what does US hope to gain? Again, the chaos that follows will be beyond imagination.

Read more: Why is the US attacking the Syrians who are fighting ISIS?

Indeed, the risk of escalation is exceedingly high and that is not in the interests of Trump’s ‘America First’. By the way, hey, what about the “trade war” with China? What about the meet with Kim Jong Un? What about Afghanistan? What about Yemen? Above all, will another Middle Eastern war go down well in the US opinion? Will the US Congress support an attack on Syria when American interests are not directly facing threat?

Finally, the US cannot afford to overlook the explicit – and repeated – Russian warnings at various levels that an American attack on Syria will have grave consequences. Trump would know Vladimir Putin is “smart” and means business when he says something to the effect that Russia will ensure that what happened in Libya does not repeat.

However, the Syrian conflict is approaching yet another new flash point. Make no mistake, Israel will have to pay a price for the killing of the Iranian 4 military advisors. The powerful Iranian statesman, Ali Akbar Velayati has has explicitly stated as much. Indeed, Israel is going to be in real fix if Trump now decides not to attack Syria.

Five things that have gone wrong for Manchester City