Tomato: A gold like commodity Pakistanis can only make memes about now

Social media users flaked the government for a tomato price hike through hilarious memes and comments. Pakistanis worst weapon against anything "Memes". 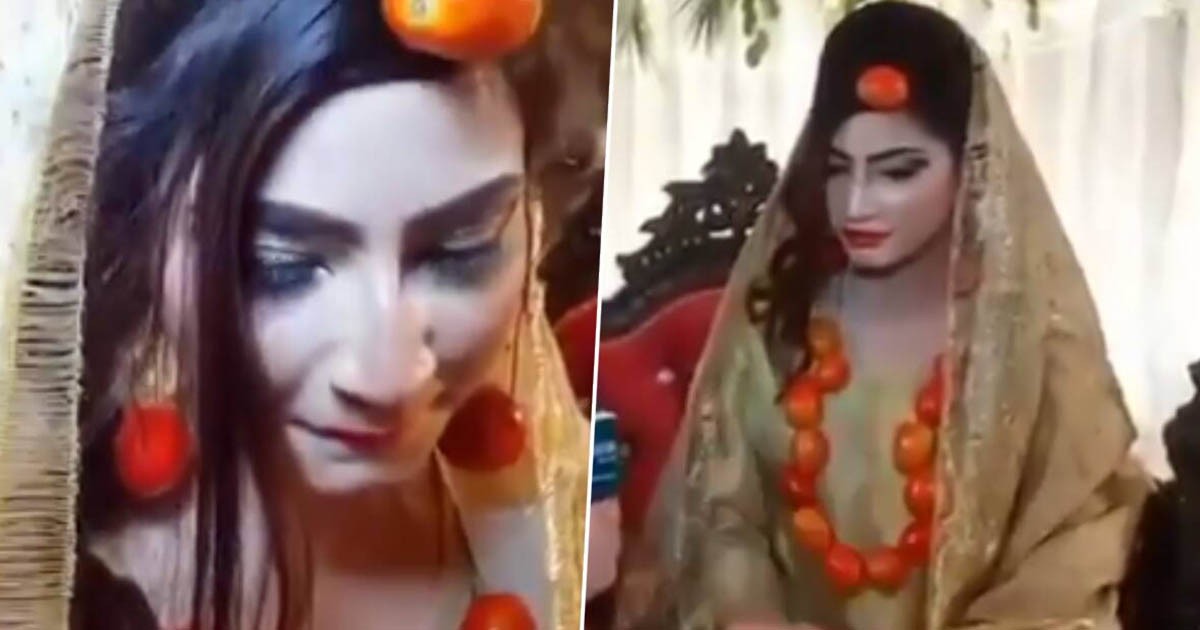 Hilarious memes on tomato price hike popped up on Pakistan’s social media as citizens continue to buy expensive tomatoes in the markets across Pakistan. The price unexpectedly shot up to Rs.250-300/KG causing an outburst from people on government.

The authorities pacified the shoppers by telling them that rates will lower down once the supply of fresh stock of tomatoes is in the market in a few days. Meanwhile, people continued to enjoy hilarious memes on tomatoes on social media.

Images of a bride donning tomato jewelry were the pick of the lot among several others circulating on social media; implicating it have become as precious as gold to be given in dowry.

Stick to chilgozas and tamatar and see how true the love is.

Earlier, this year advisor to Prime Minister on Finance, Abdul Hafeez Sheikh infuriated social media users when he misquoted its price as Rs17/kilo, which reflects his unfamiliarity from the ongoing price hike on tomatoes and other vegetables in the market.

Read more: 17 Rs Kilo: What Pakistan are You Living in Abdul Hafeez Sheikh?

Abdul Hafeez Sheikh rebuffed the claims of journalists who complain that tomatoes are being sold at the price of Rs240-300/Kgs countrywide. With an expression of cluelessness on his face, Sheikh responded that all such claims of tomatoes being sold at a higher price are false and that tomatoes can be bought for Rs.17/Kg from Karachi’s vegetable wholesale market (sabzi mandi).

His statement annoyed the reporters who complained that they don’t know where in Pakistan tomatoes are getting sold at incredibly cheap price. One reporter retorted that he bought tomatoes for Rs.300/kgs recently as per the latest day’s rate.

World democracies are progressing to reach moon and other planets.

Even the chefs have started given concessions. Paise hai to Tamatar dalo, nahi to nahi. pic.twitter.com/Nwd8tejlMy— Eztainutlacatl ~ळाळुक (@cbkwgl) November 22, 2019

The Twitter users went haywire as soon as the video spread on social media. A score of people questioned the credibility of the men at the helm of running the country when they are highly ignorant of the plight people are facing.

A large number of Twitter users claimed they bought tomatoes at a price in between Rs.240-300Kg and that they can’t recall an instance when tomatoes were being sold at such a lower price in the recent past. Another user pointed out that he must be referring to the 1970s when inflation was low and food items were cheap.

Are Uber and Careem empowering women in Pakistan?