Toyota Corolla Hybrid is all what America needs in 2020

Toyota Corolla Hybrid 2020 launched this year in America has become 2020 Eco-Friendly Car of the Year. With its energy-efficient Hybrid technology and economical cost, it may become a car of choice in economically stressed United States and the UK. 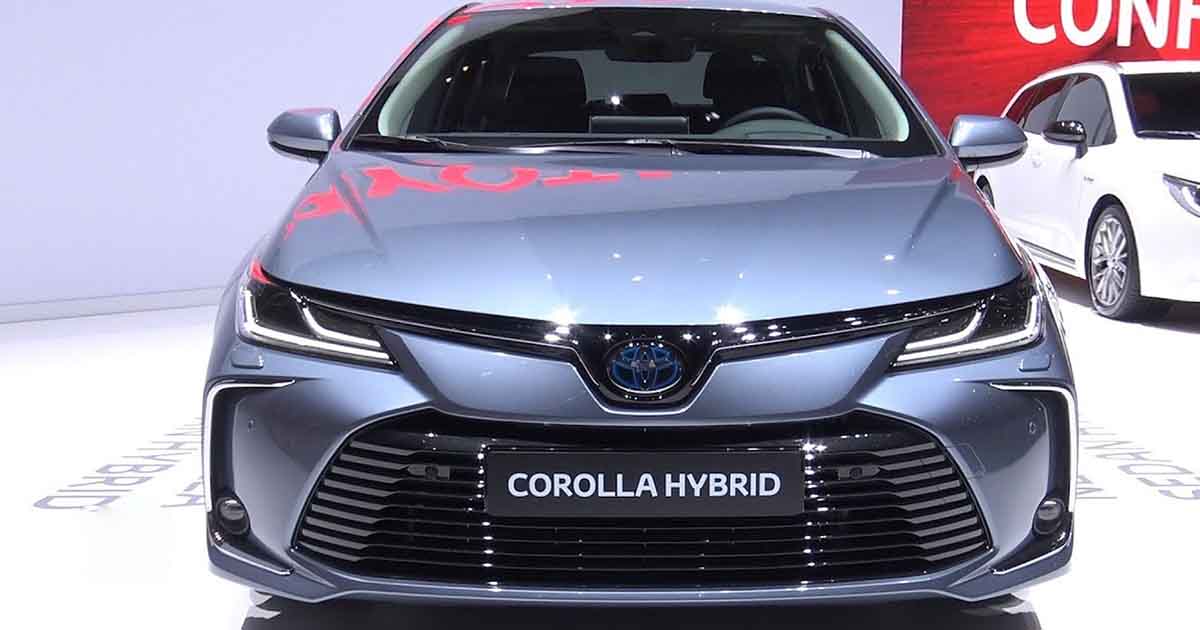 All-new 12th generation Toyota Corolla Hybrid 2020 launched this year has aroused huge interest in the auto enthusiast community. The new vehicle is known for its comfortable ride, great fuel economy estimates, and an outstanding predicted reliability rating. This Corolla Hybrid is being sold for the first time in the US.

Toyota Corolla Hybrid rides on the Toyota New Global Architecture (TNGA platform) which is only available in one trim without many options. However, it has high safety scores due to its abundant safety features including its forward collision warning and adaptive cruise control.

Toyota Corolla Hybrid has a base retail price of $23,100/£18,511. But, the energy-efficient Hybrid technology used in the car does make it more expensive than most compact cars.

However, on the flipside, Corolla Hybrid 2020 is cheaper than most rival-plug-in hybrids including Prius. Moreover, these two Toyota vehicles, are on paper, almost the same if we look at the modular chassis and powertrain marketed to the mid-range buyers.

Furthermore, the Corolla Hybrid gets an EPA-estimated 53 mpg in the city and 52 mpg on the highway – making it super fuel efficient. These results are phenomenal even by hybrid car standards. Which is exactly why this vehicle became the 2020 Eco-Friendly Car of the Year.

In honor of #EarthDay, we're excited to announce our 2020 Eco-Friendly Car of the Year. Our winner, the 2020 @Toyota Corolla Hybrid, reduces fuel consumption and minimizes carbon pollutants, all for less than $25,000. pic.twitter.com/rtwLpUwKeG— Cars.com (@carsdotcom) April 22, 2020

The Corolla Hybrid comes with a 1.8-liter Atkinson four-cylinder engine that is also found in the Toyota Prius. There are two electric motors, and an electronically controlled continuously variable transmission, which is a type of automatic. Moreover, a 1.3-kWh battery stored beneath the rear seats takes the combined horsepower to 121 and 105 lb-ft of torque.

The powertrain is fine for daily driving. But it struggles to get the car up to speed on the highway. Whilst, transitions between gas and electric power are smooth, the engine drones loudly under hard acceleration. For a bit more excitement, look to the Toyota Corolla hatchback or a higher-trim non-hybrid Corolla sedan outfitted with the 2.0-liter engine.

This highly efficient vehicle goes from 0 to 60 mph in 10.7 seconds and through the quarter-mile in 18 seconds. Hence, acceleration remains a huge setback for this vehicle. By comparison, the Corolla Hatchback CVT can do the 0 – 60 mph in less than 8.5 seconds.

If road bumps annoy you, you will be happy with the Toyota Corolla Hybrid 2020’s suspension system. It ensures a gentle ride that doesn’t jostle passengers. And much like the traditional model, its brakes are very reliable and drivers will be able to stop the car gently.

The Corolla Hybrid has a seating capacity for five people, and no seating upgrades are available. Nonetheless, it has a pretty decent cabin, blending soft-touch materials with some plastics. Furthermore, the front and rear seats have substantial room for a compact car, though taller passengers may feel slightly cramped in the back.

In a car that appears small, its interior actually feels much larger than you would expect. And while, the 11-cubic-foot trunk is not the largest in this class, it’s spacious for day-to-day tasks, with a decently shaped opening.