Toyota announced plans to launch an all-new 4th generation version of Toyota Harrier. Harrier 2020 could easily capture the SUV market given its exquisite look and state of the art features. In addition to some top of the line safety features, it's equipped with a panoramic roof along with a feature-packed infotainment system. 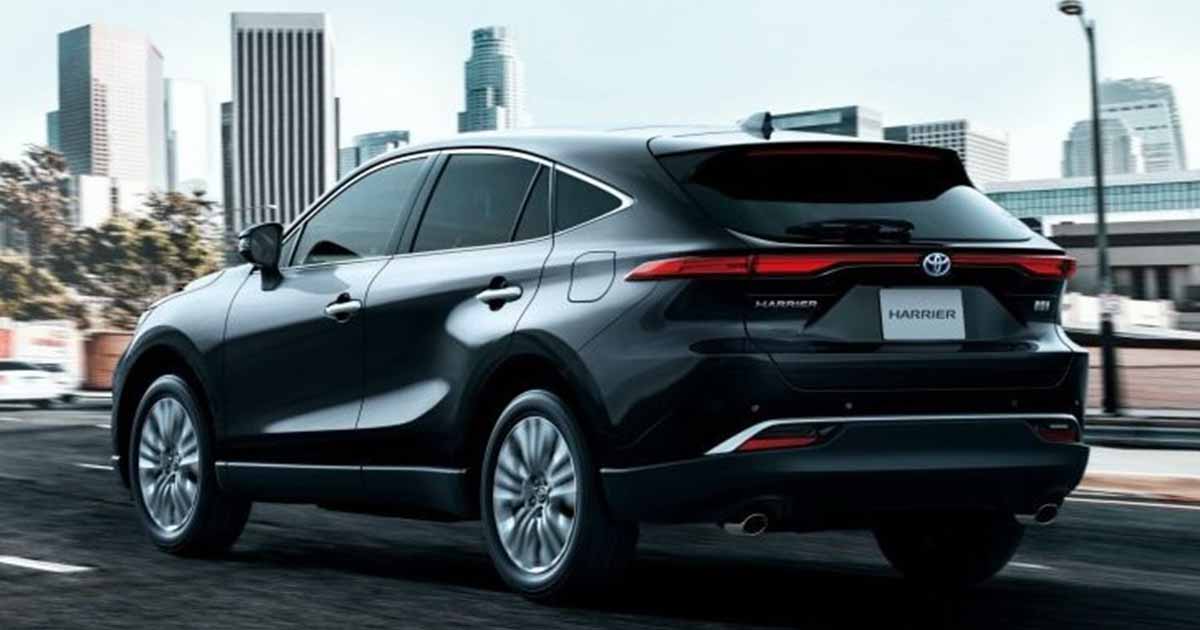 If you’re seeking raised ground clearance and a four-wheel drive, a Toyota Harrier Sport utility vehicle (SUV) should be the perfect fit for you. SUVs primarily due to their ability to perform the functions of both passenger cars and off-road vehicles is killing the sedan car market.

It is an exquisitely stylish vehicle with some state of the art features. Automobile enthusiasts find it really attractive.

Toyota Harrier prospects in the US

Toyota Harrier was frequently associated with the Lexus RX in Japan but the company aims to introduce it as a standalone SUV model. Harrier could find a large market in the US as SUV sales have surged in the country.

Venza sold from 2009 to 2015 in the US could now be replaced by the 2020 edition of Toyota Harrier, provided that Toyota already has filed for the trademark in the name of this SUV.

Harrier always had its own identity, and that is the reason, on the front grill, it was featuring an exclusive harrier bird instead of the Toyota emblem.

In the US auto market, Toyota Harrier’s potential competitors would be Hyundai Santa Fe, Ford Edge, and Honda Passport.

#Toyota announced an all-new Harrier SUV for the Japan market, to be on sale from June 2020. Learn what's new https://t.co/B6QdmvIXhK pic.twitter.com/tlffvhJjpw

Toyota Harrier has slim LED headlights on the front and on the rear side giving it a premium look. On side profile towards the rear, it has a much sloppier roof-line and gives coupe-like styling.

It is powered by an M20A-FKS, 2.0L 4 cylinder naturally aspirated engine with 169HP & 207NM of torque. It has a direct shift CVT, which has a physical first gear as launch gear. For Harrier, Front-Wheel Drive (FWD) is standard, while All-Wheel Drive (AWD) is optional.

Moreover, just like the RAV4, Toyota Harrier has a Hybrid version as well. It features an A25A-FXS, a 2.5L four-cylinder 178HP engine with a total system output of 215HP. This version has an E-CVT system.

However, if Toyota Harrier 2020 comes to the U.S., we should expect to see the hybrid drivetrain offered along with a more powerful turbo-four or V-6 option, provided the huge competition that is existent in the market.

Toyota Harrier offers a pretty decent suspension system, ideal for unpaved roads. It has MacPherson struts at the front and a double-wishbone setup at the rear for all variants including the hybrid version.

In the interior, premium quality materials can be found including a centrally placed 12.3″ large touch screen floating infotainment system to play your favourite songs and movies on the go.

Toyota Harrier 2020 comes with a panoramic roof with electric shade, which is now found in almost all the SUVs. Harrier while breaking the norms of most SUVs is also equipped with electrochromic glass for the sunroof. This is vital for ensuring a comfortable environment inside the vehicle as it dims the passage of sun rays.

Just like any other SUV, Harrier is a 2 row, five-seat vehicle. It’s perfect for a mid-sized family. As far as safety is concerned, it comes with a Toyota Pre-Sense active safety feature which includes pedestrian detection. There is also an optional digital rearview mirror, which can also record front and rear clips, in case of any emergencies.

Toyota Harrier is entering its fourth generation ahead of a Japanese debut in June this year. Based on the success of this vehicle, Toyota might decide to introduce it in other countries, with some additional features.

If you rather be driving the Audi 3 check out our story:  New Audi A3 model 2021 launched, BMW 2 Gran Coupe’s rival

Hyundai launches Tucson 2020: Will it be able to compete with KIA Sportage?

The end is near: KIA Rio launched in Pakistan as Big Three watch in silence