As it seems, Toyota has gradually shifted its focus from Sedans these days, and the all-new 2021 Toyota Yaris Cross' world debut makes us believe that even more. Let's see if Yaris cross will be able to capture the SUV market with its exquisite look and state of the art features. 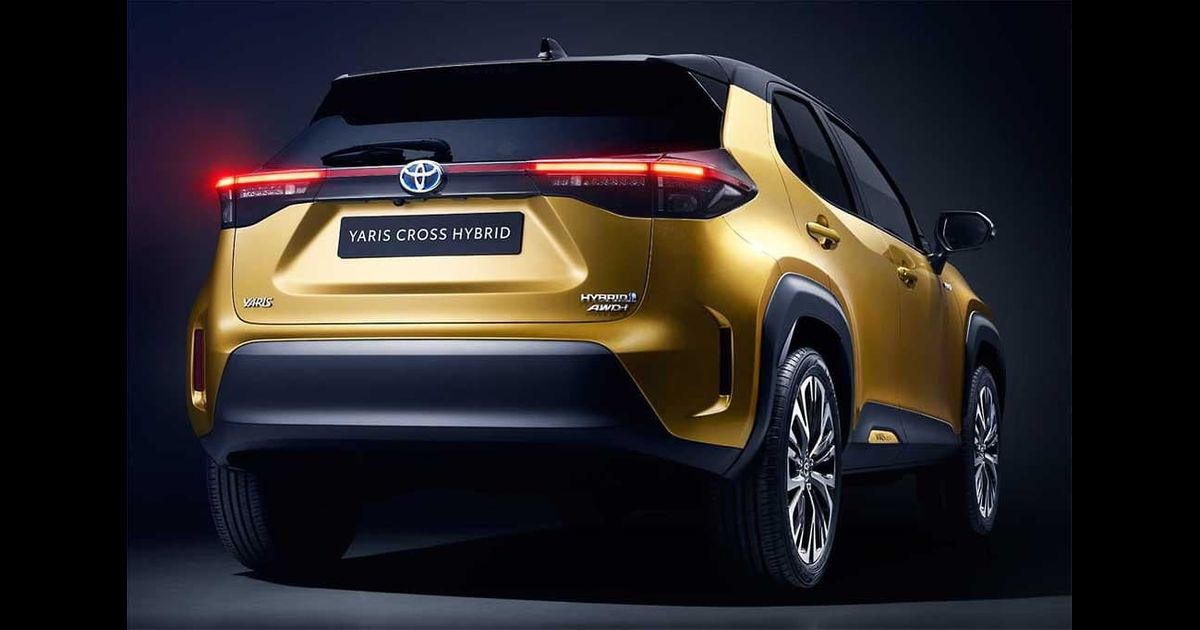 We mentioned in our previous story Toyota Corolla hatchback all set to be released that Toyota has confirmed new smaller SUV and a larger hot hatch variants of Corolla are on the way. So as it turns out, the all-new Toyota Yaris Cross 2021 model has been launched by the Japanese automakers. Yaris Cross is closely related to the fourth-generation Yaris hatchback, which is due to go on sale this autumn.

A statement released on Toyota’s official website stated: “Its new compact SUV, the Yaris Cross, originally planned to be revealed at the 2020 Geneva Motor Show, has made its world debut.”

NEWS: The new #Toyota #YarisCross has been revealed. Would you choose it over the Nissan Juke and Renault Captur? >> https://t.co/Tv0lrAv5Y3 pic.twitter.com/TrWfY5CNIH— Auto Express (@AutoExpress) April 23, 2020

Toyota’s widely known Yaris model has a huge demand in countries across the world – including the Asian and European markets. Until now, the automakers designed flagship model was a sedan variant of Yaris. According to the growing demand for SUVs, Toyota has gradually shifted its focus from Sedans. Toyota has given its Yaris subcompact the SUV treatment to create a new model called the Yaris Cross.

The Yaris Cross is essentially a taller vehicle with a few extra-rugged styling elements and all-wheel drive. It’s based on the global Yaris variant.

In the market, Toyota Yaris Cross will have to compete with Nissan Juke, Nissan Micra, Peugeot 2008, Renault Captur, Volkswagen T-Cross and Ford Puma.

Over the years Toyota has invested heavily in hybrid power, and the Yaris Cross continues its march in that direction.

Toyota Yaris Cross is powered by a 1.5-litre petrol engine that works in conjunction with an electric motor to produce a combined 114 brake horsepower (bhp). The hybrid is offered with an all-wheel-drive system that uses a second electric motor to power the rear wheels.

This hybrid system allows it to run using both the engine and motor, just the motor or just the engine – depending on which driving mode you’re in and the manner in which you’re driving.

Two powertrains are available: a 1.5-litre three-cylinder engine paired to either a six-speed manual or a CVT, and a hybrid drivetrain that uses an Atkinson-cycle version of the three-cylinder gasoline engine plus an electric motor.

If we look at the interior of Yaris Cross, it has a centre console which features gloss black plastic, but details like the air vents and the metallic strip running across the upper dashboard are carried over from the previous Yaris models.

Toyota Yaris Cross’ interior is a more steady combination of greys, blacks and blues with a couple of metal-effect silver trims to lighten up the place.

There’s a similar touchscreen infotainment display high up on the dashboard above the heating and ventilation controls, and the air vents are neatly integrated into a curved section of the upper dashboard that runs the width of the cabin.

The touchscreen infotainment system is the same and it has some really handy shortcut buttons and features like:

Toyota with the Yaris Cross aims to blend a nimble, compact body with “SUV-like interior comfort and luggage room.”

The two circular speedometer and rev-counter dials you get in the standard Yaris hatchback have been replaced by a large semi-circular speedometer with a central digital display flanked by two additional readouts. These are all illuminated in blue – as in many hybrid cars.

Toyota Yaris Cross is set to go on sale in Japan and Europe later this year, probably in Autumn, and in Europe, it will be launched in mid-2021.
Read more: Cadillac Escalade 2021 First Impression: Price and Specifications

Longest Space Mission By Woman: US Astronaut Returns to Earth