Trade war ramps up as US threatens $200bn in Chinese goods 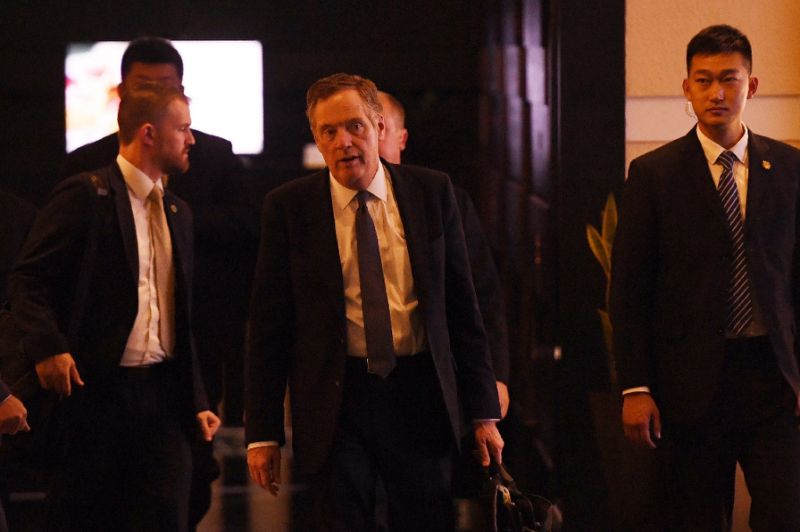 The United States and China have fired the next shots in their escalating trade war, with Washington threatening to impose fresh tariffs on another $200 billion in Chinese goods and Beijing vowing to retaliate.

“For over a year, the Trump Administration has patiently urged China to stop its unfair practices, open its market, and engage in true market competition,” Lighthizer said.

The latest moves in the ballooning trade conflict between the world’s top two economies came just days after tit-for-tat duties on $34 billion in goods came into effect.

Analysts have warned that spiralling trade tensions between the two powerhouses could have a damaging impact on the global economy and far-reaching consequences across the planet.

US Trade Representative Robert Lighthizer late Tuesday accused China of retaliating to its tariffs “without any international legal basis or justification.”

President Donald Trump has therefore ordered the trade department to “begin the process of imposing tariffs of 10 percent on an additional $200 billion of Chinese imports,” Lighthizer said in a statement.

Officials will hold hearings in late August on the list of targeted products and an administration official said it would take about two months to finalise, at which point Trump would decide whether to go ahead with the levies.

The eventual goal is to impose tariffs on 40 percent of Chinese imports, the same proportion of US goods hit by Beijing’s retaliation, an official told reporters. If the measures are imposed, it would mean new taxes on thousands of products from fish to chemicals, metals and tires.

Reacting to the “totally unacceptable” Washington list, the commerce ministry in Beijing said it would be forced to take “countermeasures”. “The behavior of the US is hurting China, hurting the world, and hurting itself,” the ministry said in a statement, saying it was “shocked” by the US actions.

“In order to safeguard the core interests of the country and the fundamental interests of the people, the Chinese government as always will have no choice but to take the necessary countermeasures,” it added.

The US trade deficit in goods with China ballooned to a record $375.2 billion last year, stoking his anger.

Beijing said it would “immediately” tack on the case to its suit against Washington’s “unilateralist” behaviour at the World Trade Organization. At a forum in Beijing, a senior official accused the US of “damaging the world economic order” and said tit-for-tat tariffs would “destroy” trade between the rival powers.

“The outburst of large-scale mutual levying of tariffs between China and the United States will inevitably destroy Sino-US trade,” said the assistant minister of commerce Li Chenggang.

Read more: China’s counter strike in Trade War against US

The dispute comes on top of Washington’s confrontation with other allies and major trading partners including Canada, Mexico and the European Union, after it imposed steep tariffs on their steel and aluminum. Those nations have also retaliated.

The new trade frictions sent investors running for cover, with equity markets across Asia tumbling more than one percent.

The trade confrontation between Washington and Beijing has been escalating for months, despite Trump’s repeated statements that he has a good relationship with China’s President Xi Jinping.

China accused the US of starting “the largest trade war in economic history,” after the first round of tariffs took effect last week.

But Trump has said continuously that China has taken advantage of the US economy, and he has vowed to hit nearly all the country’s products with tariffs, as much as $450 billion. The US trade deficit in goods with China ballooned to a record $375.2 billion last year, stoking his anger.

For now, the USTR continues to work on the process of finalising an additional $16 billion in goods to face 25-percent tariffs to bring the total up to $50 billion. Beijing has vowed to retaliate accordingly.

The new list of goods to face 10-percent punitive duties includes frozen meats, live and fresh fish and seafood, butter, onions, garlic and other vegetables, fruits, nuts, metals, and a massive list of chemicals, as well as tires, leather, fabrics, wood and paper.

The officials said they tried to target goods that would reduce the harm to US consumers.

They also said they remain open to working with China to try to resolve the dispute, but the response from Beijing so far has been unsatisfactory. “For over a year, the Trump Administration has patiently urged China to stop its unfair practices, open its market, and engage in true market competition,” Lighthizer said.

“Unfortunately, China has not changed its behavior.” But he added that “the United States is willing to engage in efforts that could lead to a resolution of our concerns.”