Trump advisor in Turkey for talks on Syria pullout 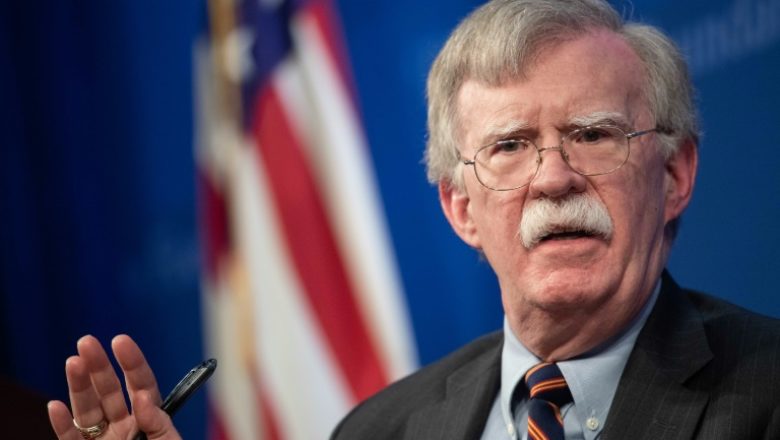 The White House’s National Security advisor will meet with Ankara officials on Tuesday to discuss the surprise withdrawal of US troops from Syria, as the Turkish president hailed the pullout as “the right call”.

As both sides prepared for the talks in Ankara, Recep Tayyip Erdogan said Turkey was “the only country with the power and commitment” to stabilise Syria after the US pullout, in an opinion column published in the New York Times Tuesday.

“President Trump made the right call to withdraw from Syria,” he added, outlining Turkey’s “comprehensive strategy” to eliminate the causes of radicalisation in the war-torn country. US National Security Advisor John Bolton is due to discuss with Turkish officials how the planned withdrawal would take place, President Erdogan’s spokesman Ibrahim Kalin said last week.

One of the main sources of tensions between Ankara and Washington is the US failure to extradite Gulen, who has lived in Pennsylvania since 1999.

He will be joined during his visit by General Joseph Dunford, the current chairman of the Joint Chiefs of Staff and the anti-Islamic State (IS) group envoy James Jeffrey. When Trump first announced the pullout of 2,000 ground troops on December 19, Ankara was a lonely voice among NATO allies welcoming the decision.

Erdogan has previously promised Trump that Turkey could finish off the remnants of IS in Syria. “A military victory against the terrorist group is a mere first step,” he said in the New York Times, warning against premature declarations of victory.

Read more: US pullout from Syria: Has Turkey prevailed?

There were tensions ahead of the talks after Bolton on Sunday cited conditions such as safety guarantees for Kurds before the US withdrawal. Ankara immediately hit back at his “irrational” claim that Turkey would target Kurds.

After Bolton landed in Ankara on Monday, Trump said the fight against IS was not over and that the withdrawal would be done in a “prudent” manner. “We will be leaving at a proper pace while at the same time continuing to fight ISIS and doing all else that is prudent and necessary!” Trump tweeted.

Nicholas Heras, an analyst at the Center for a New American Security, said Ankara would need support from Washington to completely eradicate IS, “to the point where the US military would essentially still be inside Syria”. The US had been working closely with the Syrian Kurdish People’s Protection Units (YPG) militia under the banner of the Syrian Democratic Forces (SDF) alliance.

But US-Turkey relations have been especially rocky over American military support to the YPG. Ankara says the YPG is a “terrorist offshoot” of the outlawed Kurdistan Workers’ Party (PKK), which has been waging an insurgency against the Turkish state since 1984. The PKK is proscribed as a terror group by Ankara and its Western allies.

Read more: US Syria pullout will have wide ramifications

Last month Erdogan threatened to launch a cross-border operation against the YPG, east of the Euphrates River, which he said later would be delayed after Trump’s order. But Turkey has sent military convoys to its border with Syria — including personnel, tanks and artillery — and inside the war-ravaged country.

Turkish military analyst Metin Gurcan said Ankara was currently being held back on the operation by the issue of airspace, which will be on the agenda during Bolton’s visit. Turkey learnt from previous operations in northern Syria not to enter the country without proper airspace dominance and without air support, Gurcan said.

The US had been working closely with the Syrian Kurdish People’s Protection Units militia under the banner of the Syrian Democratic Forces alliance.

He added it was not clear whether the US would withdraw from the airspace, but even if Washington did so, Ankara would need the support of Moscow for any operation. Turkish military forces supporting Syrian rebels launched incursions into northern Syria against IS in August 2016 and against the YPG in January 2018.

But Syria experts and anonymous US officials in American media have raised concerns over whether Turkey has the ability, or even desire, to fight IS in Syria. “Turkey has only one interest, which is to defeat the YPG. So that is what it is going to do,” said Joost Hiltermann, Middle East programme director at the International Crisis Group think tank.

According to Gurcan, the FBI’s investigation into the movement of US-based Muslim preacher Fethullah Gulen will also be on the agenda. One of the main sources of tensions between Ankara and Washington is the US failure to extradite Gulen, who has lived in Pennsylvania since 1999.

Turkey says Gulen ordered the 2016 failed overthrow of Erdogan but the preacher strongly denies the claim. Last week, a US delegation, including FBI officials, came to Ankara where they asked questions to suspects accused of links to Gulen in a visit hailed by Turkish officials.

But Ozgur Unluhisarcikli, Ankara office director of the German Marshall Fund of the United States, said there were still “fundamental issues to be resolved” — including Washington’s opposition to Turkey’s planned purchase of the Russian S-400 missile defence system as well as the continued detention of local US mission employees in Turkey.