Trump asks for Republican loyalty ahead of border wall vote 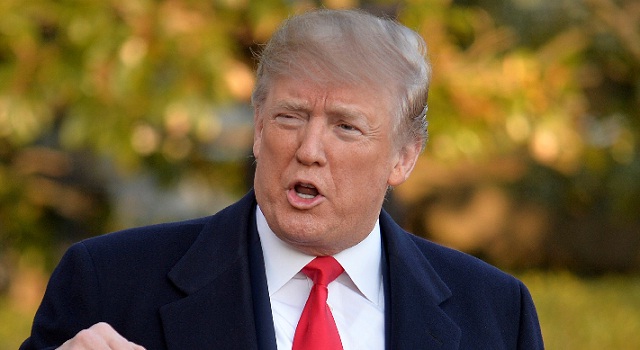 President Donald Trump urged Republican party rebels on Wednesday not to support Democrats voting to scrap his invocation of emergency powers for funding US-Mexico border wall construction. “STAY UNITED!” Trump tweeted ahead of a Senate vote in which four Republicans are expected to break ranks and join Democrats in blocking Trump’s controversial measure.

Democrats are in the Senate minority but their measure would pass with the four Republicans’ support. According to Democratic lawmakers, Trump exceeded his authority when he invoked special powers to override congressional opposition to funding extra border wall construction.

Illegal immigration “is spiralling out of control and threatening public safety and national security,” she told a hearing of the House Homeland Security Committee.

Their rebuke of Trump, which has already passed in the lower house of Congress, would be an embarrassment for the president if it clears the Senate with his own party’s support. However, the vote will only have symbolic importance since Trump can respond with a veto, then continue to obtain his wall funding.

In his tweet, Trump denied that the issue was about constitutional concerns of presidential overreach, as Democrats claim. Senators are “voting on desperately needed Border Security & the Wall. Our Country is being invaded with Drugs, Human Traffickers, & Criminals of all shapes and sizes,” he wrote. “That’s what this vote is all about.”

She cited the Customs and Border Protection agency’s figures showing a 30 percent month-to-month jump in apprehensions and prevented entries of illegal immigration at the southern border in February, with the total number topping 76,000.

Illegal immigration “is spiralling out of control and threatening public safety and national security,” she told a hearing of the House Homeland Security Committee. “Make no mistake: this chain of human misery is getting worse.”

She noted the record levels of families and unaccompanied children arriving at the border, nearly all of them from Central America and seeking asylum to escape poverty and violence back home. Nielsen said in many cases children were being used as “pawns” to get into our country, and even “recycled” by smuggling rings to help multiple groups cross the border and get a foothold on US soil.

She said she sympathized with the migrants but insisted that, as Trump formally declared last month, “It is an emergency.” “As the Secretary of Homeland Security, I can no longer assure you about who is coming into this country. That is a direct national security threat.”

US bars entry to 16 Saudis over Khashoggi killing

Sea of white: ´Hundreds of thousands´ of fish dead in Australia