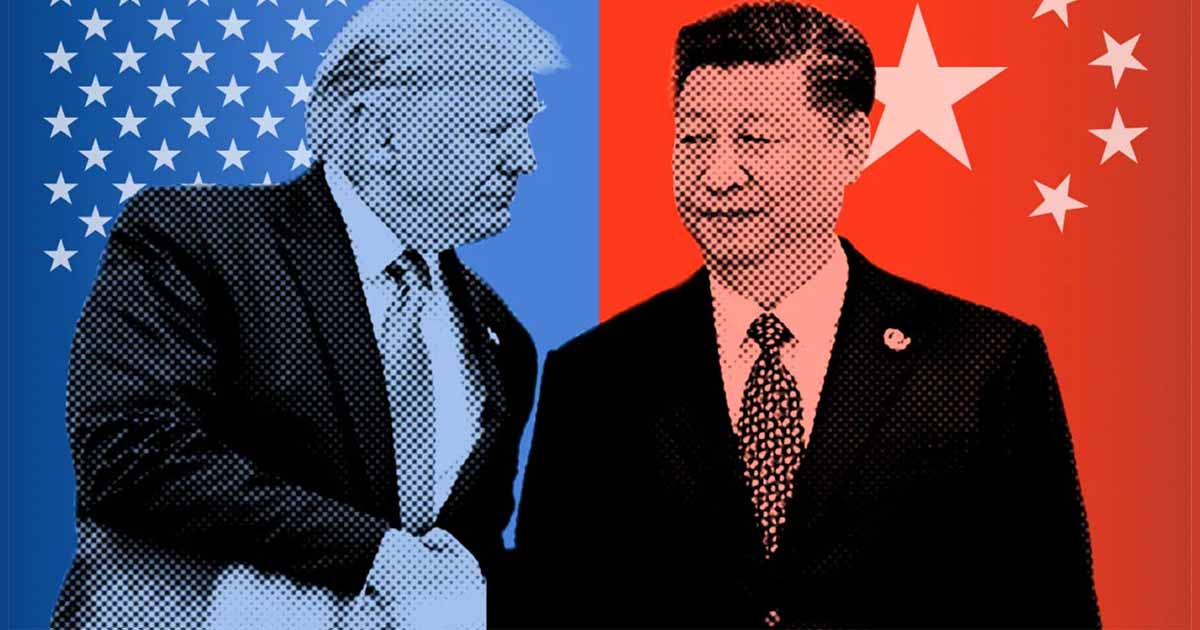 US President Donald Trump on Friday said the costs of his protracted trade war are falling squarely on China, but a top adviser warned that the struggle between the economic superpowers could drag on for years.

Top-level negotiators are due to resume stalled talks in Washington early next month, with lower-level staff preparing the way in late September, according to officials on both sides. And Trump says the pressure is on China to come to the table.

Tariffs were hiked by both sides last month and US duties on Chinese goods are due to rise further in October and December.

“China is eating the tariffs,” Trump said on Twitter, repeating his claim that higher duties mean Washington is collecting billions of dollars from the Asian giant, without costs being passed on to US importers. “China having worst year in decades. Talks happening, good for all!”

The face-off between the number one and two economies began about 18 months ago and now features steep tariffs on hundreds of billions of dollars’ worth of trade. Trump says he wants to force China into radical change on protection for intellectual property and other key aspects of the current trading relationship.

Read more: Chinese suffer in US amid trade war between giants

But White House economic adviser Larry Kudlow cautioned that the trade war could be a drawn-out contest resembling the Cold War under president Ronald Reagan in the 1980s. “The stakes are so high, we have to get it right. If that takes a decade, so be it,” Kudlow told reporters.

“This is the kind of thing where you’re looking at far-reaching consequences… so if it takes us more time to do it and to get it right, so be it,” he said. “I didn’t go through the whole Cold War, but a lot of it. You know, it took decades, decades, to get where we wanted to be with the old Soviet Union.”

US President Donald Trump on Friday said the costs of his protracted trade war are falling squarely on China.

Trump has repeatedly insisted that US tariffs and China’s slowing economy will pressure Beijing to cut a deal. There are signs that the trade war has also begun to weigh on the US economy, however. Corporate earnings reports indicate US companies have been hit by the tit-for-tat measures and overall uncertainty.

A report released this week said more than 10,000 job cuts announced last month stemmed from “trade difficulties.” Tariffs were hiked by both sides last month and US duties on Chinese goods are due to rise further in October and December.

However, Kudlow said the face-to-face talks will resume in a good atmosphere. “I’m just saying it is good thing that they’re coming here, and tempers are calmer,” Kudlow said on CNBC television. “We would love to go back to where we were in May, where we were getting kind of close to an agreement, maybe 90 percent of the way,” he added.

“It’s very positive that we negotiate and it may well be that something positive comes out of that.” Talks abruptly broke up in May, with Washington accusing Beijing of retracting core commitments just when an overall agreement was close to fruition.