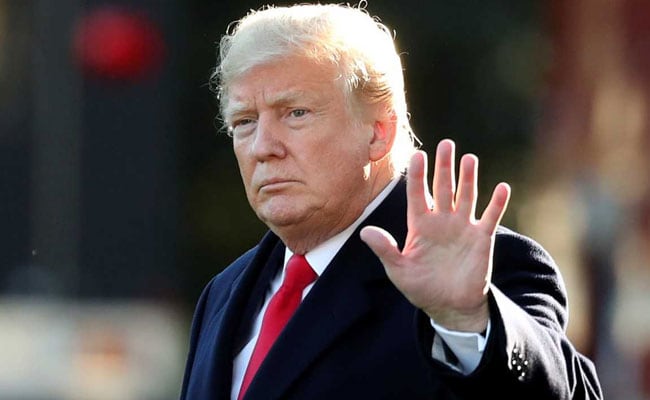 US President Donald Trump jets to Argentina Thursday for a G20 summit, keen to do battle with China on trade and sharpening his rhetoric over Ukraine against Russia ahead of a meeting with its leader Vladimir Putin. The weekend summit is confronted with increasingly dire warnings, by the International Monetary Fund among others, of the potential harm faced by the world economy from Trump’s trade wars.

G20 leaders, whose countries account for four-fifths of the world’s economic output, first met in November 2008 to forge a united front against the global financial crisis. A decade on, that unity has vanished as the “America First” Trump shreds the consensus underpinning international trade and other G20 countries such as Brazil, Italy and Mexico turn to populist leaders.

Britain and Argentina went to war over the Falkland/Malvinas islands in 1982, and May will be the first serving British leader ever to visit the Argentine capital.

Trump has already rattled global markets by enacting tariffs on the bulk of Chinese imports and is threatening to go further in January. He will press Chinese President Xi Jinping to avert the stepped-up tariffs by throwing open China’s markets to US competition and protecting foreign companies’ intellectual property.

On Wednesday, US Trade Representative Robert Lighthizer slammed Beijing for failing to offer “meaningful reform” on aggressive trade policies and threatened tariffs on Chinese autos. But how far can Xi go in overhauling the model that has powered China to second place in the world economic rankings?

He did vow on Wednesday that China would boost protection of intellectual property. But foreign firms in China complain that such promises are all too routine and ring hollow. At best, analysts say, there will be a temporary truce at the G20 to give both Trump and Xi something to crow about.

French President Emmanuel Macron warned against the risk of “a tete-a-tete between China and the United States and of a destructive trade war for all” ahead of the summit, in an interview with Argentine daily La Nacion. “If we do not show concrete progress, our international meetings become useless and even counterproductive,” he said.

Despite doubts that a separate planned encounter at the G20 between Trump and Russian President Vladimir Putin would go ahead, Kremlin spokesman Dmitry Peskov told journalists Thursday that Washington had “confirmed the meeting.”

Thomas Wright, the senior fellow at the Brookings Institution in Washington, said: “there’s a deep division in this G20 now between democracies and authoritarians.”

Trump had threatened to cancel the meeting as he expressed “deep concern” over a weekend incident near Crimea that saw the Russian security forces board and detain three Ukrainian vessels an action Putin defended. But Peskov said the meeting in Argentina would start around noon on Saturday with “brief talks between the leaders,” followed by broader Russia-US talks that could last around an hour.

Meanwhile, the US, Canada, and Mexico are expected on Friday to sign a revamped version of the North American trade pact NAFTA, which Trump excoriated when running for president. If that negotiation has averted one trade war, others are brewing with Trump threatening to impose tariffs on foreign car imports, targeting Europe and Japan in particular.

In a pre-G20 report, the IMF said the auto tariffs could cut three-fourths of a percent off the global economy. Britain’s “Brexit” separation from the European Union is another threat to global growth, IMF chief Christine Lagarde said.

Like Trump and Xi, Prime Minister Theresa May will arrive in Buenos Aires late on Thursday to bring another intriguing subplot to the world’s pre-eminent economic forum. Britain and Argentina went to war over the Falkland/Malvinas islands in 1982, and May will be the first serving British leader ever to visit the Argentine capital.

In the here and now, May will use the G20 to sell Britain’s post-Brexit trading future outside the EU. But Trump has done her no favors by mocking a hard-fought withdrawal agreement negotiated between London and Brussels, and May still has to win backing for the deal from the fractious British parliament.

Trump has already shown his disdain for international summitry by blocking final communique at other recent gatherings such as the G7 and the Asia-Pacific bloc APEC, setting the stage for a fractious G20 on Friday and Saturday. Thomas Wright, the senior fellow at the Brookings Institution in Washington, said: “there’s a deep division in this G20 now between democracies and authoritarians.”

“Now I think it’s really been stripped bare,” he said, adding there was an opening for a liberal leader like France’s Emmanuel Macron or Canada’s Justin Trudeau to make a splash in Argentina by standing up to Trump.