President Trump signed an Executive Order which allows the US to sanction China over Human Rights abuses of Uighurs. This reflects the fraying tensions between China and US of late. China hits back, vowing retribution. What will become of the Uighurs? 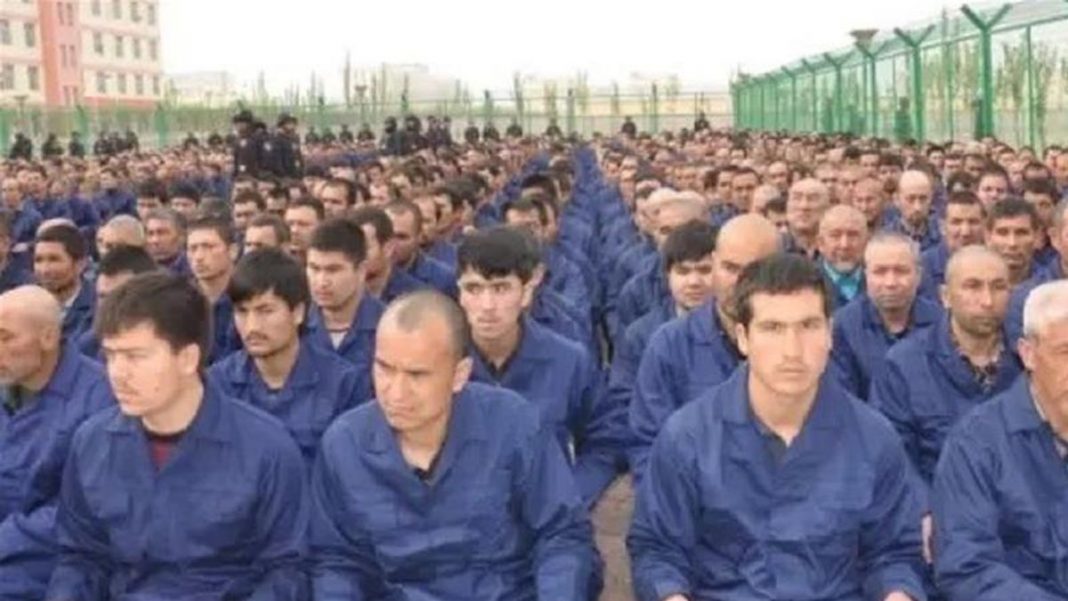 US President Donald Trump on Wednesday signed into law an act that authorizes sanctions against Chinese officials over the mass incarceration of Uighur Muslims. Trump sanctions on China over Uighurs reflects the political temperature between Beijing and Washington, which is increasingly reaching fever pitch. The United States had earlier been unable to block a Chinese law on Hong Kong, and is now looking for ways to punish China in the global sphere as retribution.

Trump’s announcement came just as excerpts emerged from an explosive new book by his former national security advisor John Bolton, who said the president told his Chinese counterpart Xi Jinping that he approved of the vast detention camps.

Trump was widely expected to sign the Uighur Human Rights Act, which passed Congress almost unanimously amid wide outrage over China’s treatment of the minority.

The bill, which passed the US Congress with only a single ‘no’ vote, was intended to send China a strong message on human rights by mandating sanctions against those responsible for the oppression of members of China’s Muslim minority.

“The Act holds accountable perpetrators of human rights violations and abuses such as the systematic use of indoctrination camps, forced labor and intrusive surveillance to eradicate the ethnic identity and religious beliefs of Uyghurs and other minorities in China,” Trump said in a statement.

Read more: Xinjiang: Where its a crime to practice Islam

The legislation requires the US administration to determine which Chinese officials are responsible for the “arbitrary detention, torture and harassment” of Uighurs and other minorities.

The United States would then freeze any assets the officials hold in the world’s largest economy and ban their entry into the country.

Beijing hits back as Trump sanctions China over Uighurs

China’s foreign ministry said the US law was a malicious attack.

JUST IN: China condemns new US sanctions over treatment of Uighur minority

“We again urge the US side to immediately correct its mistakes and stop using this Xinjiang-related law to harm China’s interests and interfere in China’s internal affairs,” the ministry said in a statement.

“Otherwise China will resolutely take countermeasures, and all the consequences arising therefrom must be fully borne by the United States.”

The Uighur law calls for sanctions on Xinjiang’s Communist Party secretary, Chen Quanguo, who is also a member of the powerful Politburo, for “gross human rights violations”. It also calls on US companies with operations in Xinjiang to take steps to ensure their supply chains are free from forced labour.

Trump, while signing the act, objected to a technical aspect of the legislation on his powers as president to terminate sanctions on individuals.

The World Uyghur Congress, one of the main Uighur exile groups, welcomed Trump’s move to sign the bill into law, saying “it gave hope to the desperate Uighur people.”

Activists say China has rounded up at least one million Uighurs and other Turkic Muslims and is forcibly homogenizing them in a brainwashing campaign with few modern precedents.

Beijing counters that it is running vocational educational centers that offer an alternative to Islamic extremism.

According to The Washington Post, Bolton in his upcoming book said that Xi explained the issue to Trump, who told him that the detention camps were “exactly the right thing to do.”

Who are the Uighurs?

The Uighurs are Muslims. They regard themselves as culturally and ethnically close to Central Asian nations.

The region’s economy has for centuries revolved around agriculture and trade, with towns such as Kashgar thriving as hubs along the famous Silk Road.

In the early part of the 20th Century, the Uighurs briefly declared independence. The region was brought under the complete control of communist China in 1949.

Xinjiang is officially designated an autonomous region within China, like Tibet to its south.

Activists say central government policies have gradually curtailed the Uighurs’ religious, commercial and cultural activities. Beijing is accused of intensifying a crackdown after street protests in Xinjiang in the 1990s, and again in the run-up to the Beijing Olympics in 2008.