US President Donald Trump placed the Islamic State group's new chief in the crosshairs Monday as he marked Veterans' Day by celebrating the killing of the jihadists' former leader Abu Bakr al-Baghdadi. 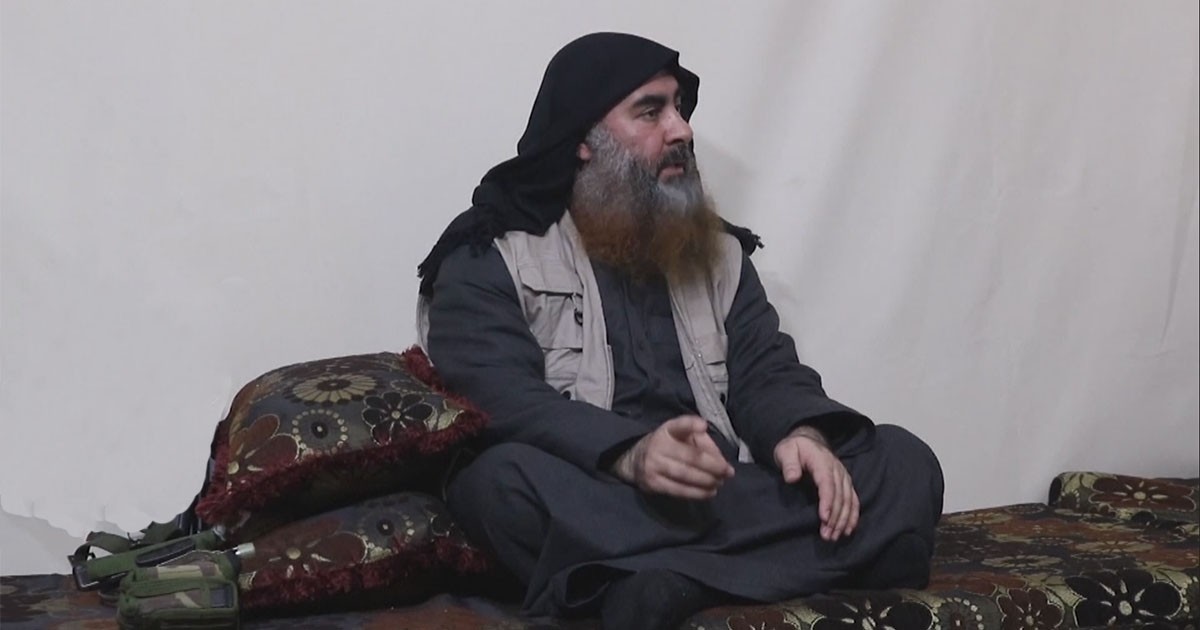 US President Donald Trump placed the Islamic State group’s new chief in the crosshairs Monday as he marked Veterans’ Day by celebrating the killing of the jihadists’ former leader Abu Bakr al-Baghdadi.

While US presidents traditionally mark the day by laying a wreath at a vast military cemetery in Arlington, near Washington, Trump traveled to New York where he made an address ahead of the city’s annual parade of veterans.

Here are 12 ways Trump, the supposed "commander-in-chief", has demeaned veterans and service members.

Share this on veterans day so every human being knows how disgraceful @realDonaldTrump truly is…pic.twitter.com/R64ao3REYB— The Hummingbird 🐦 (@SaysHummingbird) November 11, 2019

Trump was widely criticised after announcing a full withdrawal of US troops from Syria last month, with opponents and even some allies saying it could allow Islamic State to rebuild as well as leaving US-allied Kurdish fighters vulnerable to a Turkish invasion.

But the US president used his speech in New York to claim that the IS leadership was running scared in the wake of Baghdadi’s death in a raid in the northwestern Syrian province of Idlib on October 26.

Read more: Al-Baghdadi was US ‘spawn’, his death is still an open question – Lavrov

“Just a few weeks ago, American special forces raided the ISIS compound and brought the world’s number one terrorist leader to justice,” he said.

“Thanks to American warriors, al-Baghdadi is dead, his second in charge is dead, we have our eyes on number three.

“Al-Baghdadi is dead, his second in charge is dead, we have our eyes on number three,” US President Donald Trump says marking Veterans’ Day, and placing ISIS’s new chief in the crosshairs.https://t.co/pHSzmHVLPz— Al Arabiya English (@AlArabiya_Eng) November 12, 2019

“His reign of terror is over, and we have our enemies running very, very scared. Those who threaten our people don’t stand a chance against the righteous might of the American military.”

After the death of Baghdadi and Islamic State’s main spokesman, Abu Hassan al-Muhajir, in a raid the following day, the organization named the little known Abu Ibrahim al-Hashimi al-Quraishi as its new leader.

Trump traveled to New York where he made an address ahead of the city’s annual parade of veterans.

Following the uproar over his announcement of a full troop withdrawal, Trump said that he would leave some troops in the region to protect valuable oil fields.

General Mark Milley, chairman of the Joint Chiefs of Staff, said in an interview at the weekend that US troop levels in northern Syria would probably stabilize around 500.

Trump got a cool reception from some in New York, a staunchly Democratic city.

In the windows of one of the glass office towers looming above Madison Square Park where he spoke, large letters were taped in the windows spelling out, one one floor, “IMPEACH,” and, several floors above, “CONVICT.”

Trump faces ‘lock him up’ chants and ‘impeach’ signs as he delivers Veterans Day speech in New York https://t.co/OJkhfivXt4

Anti-Trump banners were suspended from overlooking apartment windows as he kicked off the parade and people on the street chanted “lock him up.”

PIEDMC to supply power to its industrial estates