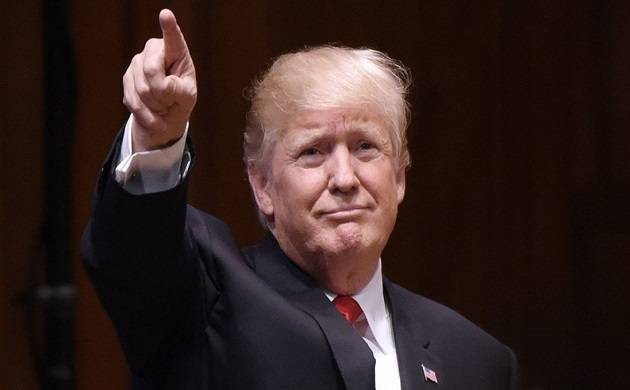 U.S president Donald Trump is apparently very happy with the existing nature of U.S-Pak relations. He was speaking at an event regarding the trade negotiations with China at White House where he said that the relations with Pakistan have improved a lot in a short span of time recently. Trump noted that the relations had improved over the “last short period of time” and added that the United States may set up some meetings with Pakistan, which has long been at odds with the United States over the war in Afghanistan.

Since Donald Trump took control of oval office back in 2016, the already precarious relations between both the countries turned from bad to worse. In August 2018, it led to the suspension of $300 million military aid toward Pakistan. The twitter spat between Prime Minister Imran Khan and U.S president Donald Trump also made headlines all over the world.

It was followed by a tweet from U.S Secretary of State Mike Pompeo who also resorted to same lexical selection which would please India. “The U.S. condemns yesterday’s horrific terror attack on Indian security forces.

The primary reason behind turbulent relations between both the countries was a different point of view regarding Afghanistan and ironically, it is the same Afghanistan which has brought them together. Pakistan has been the core facilitator in the ongoing dialogue process between the United States of America and the Taliban, a real ray of hope for peace in years.

The Difference in the Attitude

Traditionally United State has been quick to jump on the wagon to take a hard line against Pakistan whenever a tragic incident occurred in India, and it blamed Pakistan straightaway. But the pattern has been different as it took more than 2 days for any U.S official to respond on the incident properly. The statement from U.S National Security Advisor John Bolton reflected traditional coercive strategy which the United States employs, putting weight behind India which is understandable given the cooperation in economic and defense spheres between both the countries.

Read more: U.S-Pak Relations: the United States has a clear engagement policy but…

It was followed by a tweet from U.S Secretary of State Mike Pompeo who also resorted to same lexical selection which would please India. “The U.S. condemns yesterday’s horrific terror attack on Indian security forces. My thoughts and prayers are with the victims and their families. We stand with #India as it confronts terrorism. Pakistan must not provide a safe haven for terrorists to threaten international security”, the tweet said.

However, surprisingly, President Donald Trump responded to the matter in a much unexpected way, wishing for Pakistan and India to get along, instead of his trademark lambasting. “I have watched. I have got a lot of reports on it. We will have a comment (on it) at an appropriate time. It would be wonderful if they (India and Pakistan) get along,” Trump said in response to a question. “That (the terrorist attack) was a horrible situation. We are getting reports. We will have a statement to put out,” Trump said.

The sudden shift in the attitude is linked to the ongoing cooperation between Pakistan and the United States where the former has been instrumental in bringing the Taliban to the talking table. Currently, the United States needs Pakistan more than ever, especially in the last few years as it is eyeing an exit from Afghanistan. Due to the resilience of Afghan Taliban in the battleground, the United States has ultimately given up establishing sustainable democracy in Afghanistan and now it just wants assurance that the country would not allow its territory to be used the USA.

Read more: How should Pakistan respond to Trump’s Afghan policy?

In recent times Pakistan has been able to make use of its geo-strategic position which for long has turned out to be counterproductive for the country. For far too long, Pakistan had to take steps back to curb the growing insurgency inside the country due to the concurrent interest of multiple global actors. But now the country has finally taken control of security situation entirely and gradually moving in the direction of economic stability with a robust and balanced foreign policy.

India will use ‘armed drones’ in Jammu and Kashmir: Army Chief