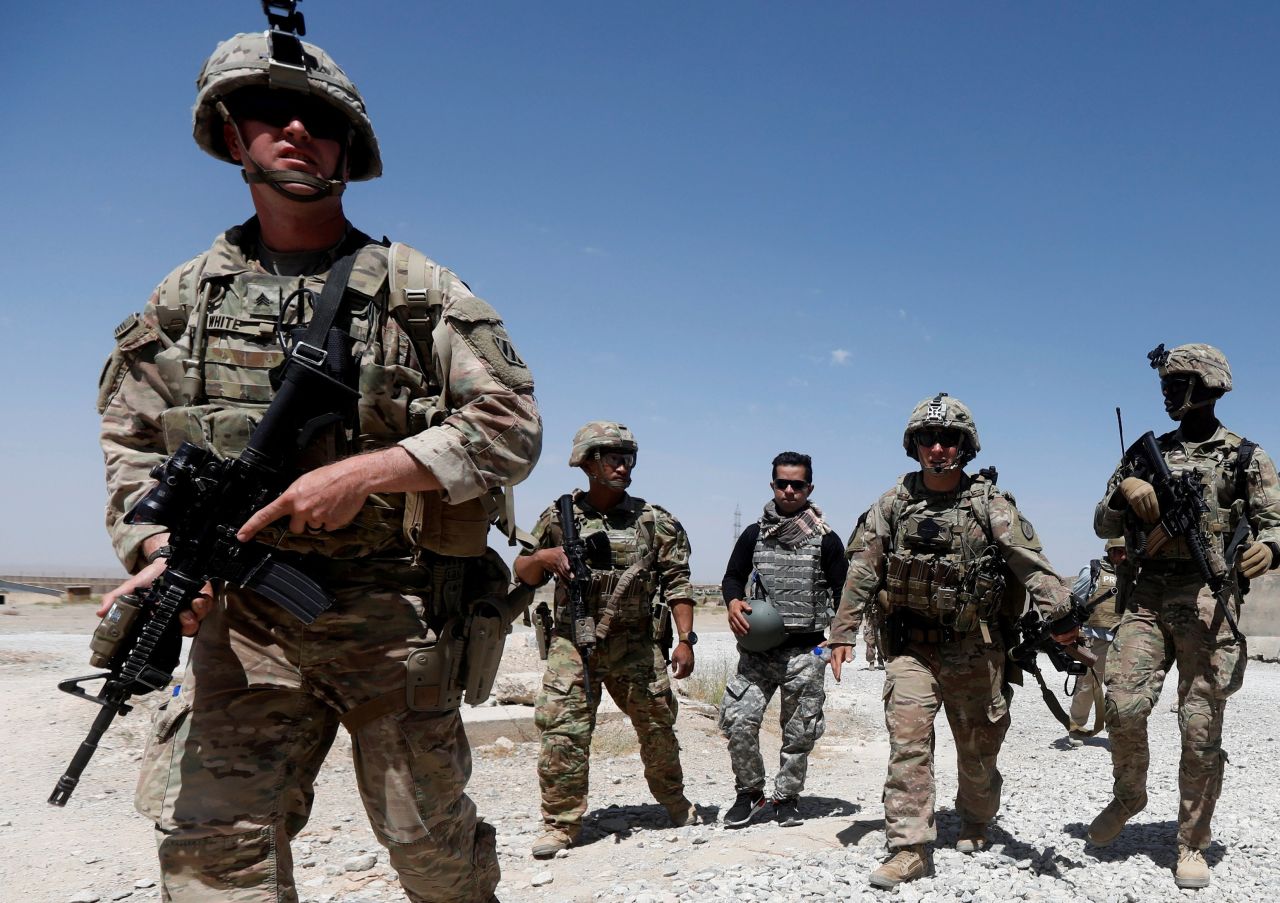 US President Donald Trump is serious about getting out of Afghanistan, the Taliban told AFP on Friday, outlining the “Islamic system” comprising “all Afghans” that the group says it hopes to establish under any peace deal.

Taliban spokesman Zabihullah Mujahid spoke to AFP via WhatsApp a day after the US said talks with the militants are “on the right path”, fuelling speculation of a breakthrough in the 17-year conflict. The US president’s apparent eagerness to pull troops out has weighed on the negotiations, which culminated with six straight days of meetings in Qatar last week.

Girls education was banned and women were prohibited from the workplace save in some few areas such as medicine.

“An agreement was reached on a principle framework… which, if implemented, and if the Americans take honest steps and stick to it truthfully, then God willing we are hopeful that the Americans will end the occupation of Afghanistan,” Mujahid said. “It appears that Trump is serious,” the Taliban spokesman continued.

US special envoy Zalmay Khalilzad also spoke this week of a “draft framework” for a deal, though he warned that major hurdles — including any US withdrawal — remain. Experts have hailed the development as a milestone in the conflict.

But it has prompted concerns from Afghans and observers who feared foreign troops could withdraw before a lasting peace is reached between the insurgents and the government in Kabul. The Taliban took over Afghanistan in 1996, imposing their brutal interpretation of Shariah law on the country until they were toppled in the US invasion of 2001.

They have since fought an insurgency demanding foreign troops leave and an Islamic state be re-established. Mujahid said a foreign withdrawal was the first goal. “Secondly, we want the establishment of an Islamic system,” he continued, dampening tentative hopes among Afghans that the insurgents would agree to participate in the existing democratic system built since 2001.

The US president’s apparent eagerness to pull troops out has weighed on the negotiations, which culminated with six straight days of meetings in Qatar last week.

He said they would establish such a system through “negotiations with different political sides, even if they have so far been under the umbrella of the invaders”. If the government in Kabul will not stand in the way, he added, “then, of course, there will be no need for war”. Mujahid said the insurgents are not seeking to monopolise power.

“Inshallah (God willing) all Afghans, including different political sides” can take part, he told AFP. Such a system would be based on the principle of shura, or council, with Islamic experts making decisions and “representatives of people and scholars” contributing. Mujahid said the group was “100 per cent hopeful” of establishing such a system.

He admitted that the Taliban regime of the 1990s experienced “a lot of economic, social and security problems” — a key one being how to separate men from women. Under the Taliban, women were largely confined to their homes, venturing outside only with a male escort and hidden beneath a burqa.

Girls education was banned and women were prohibited from the workplace save in some few areas such as medicine. Now, the militants “don’t oppose the education of women”, Mujahid said. “We will try to provide a safe environment for the education and work of women,” he told AFP, adding “whatever is permissible for women in Islamic Sharia will be allowed”.

The Taliban took over Afghanistan in 1996, imposing their brutal interpretation of Shariah law on the country until they were toppled in the US invasion of 2001.

Many women have spoken to AFP of their fears that a peace deal could come at the cost of the few, hard-won rights they have managed to establish in the deeply patriarchal, conservative country since 2001.

Mujahid said the next round of talks with the US will again take place in Doha starting February 25. The US has said talks will continue, but not confirmed any date. Khalilzad tweeted late Thursday that both sides had made “significant progress on two vital issues: counter-terrorism and troop withdrawal”.

But that “doesn’t mean we’re done”, he continued, adding work continues on both issues as well as a ceasefire and convincing the Taliban to speak to the Afghan government — all issues on which attempts at peace negotiations have foundered in the past.