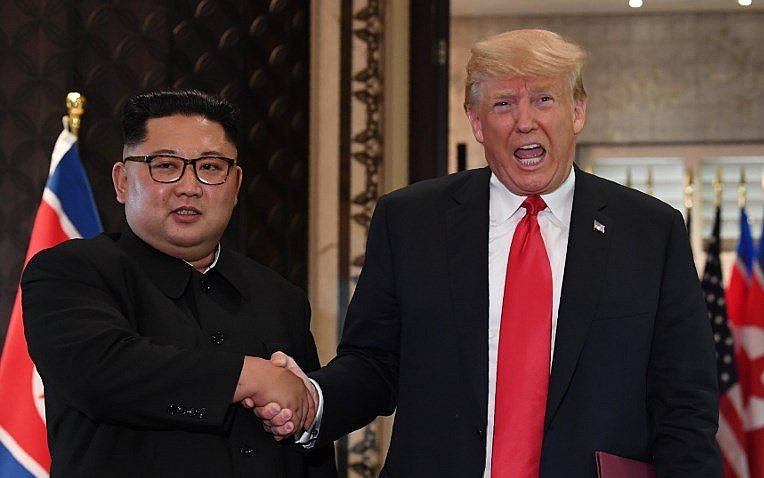 US President Donald Trump spooked the Pentagon leadership with a tweet that — had it been sent — North Korea would have read as a sign of an imminent US attack, journalist Bob Woodward said in an interview that aired Sunday.

Woodward, whose new book “Fear: Trump in the White House” hits book stores on Tuesday, described the incident in the interview with CBS as the most dangerous moment of Trump’s nuclear standoff with North Korea.

“He drafts a tweet saying ‘We are going to pull our dependents from South Korea — family members of the 28,000 people there,'” Woodward said on “CBS Sunday Morning,” referring to families of US troops stationed on the Korean peninsula.

The tweet never was sent because of a back-channel message from the North Koreans that they would view it as a sign the US was preparing to attack, according to CBS. “At that moment there was a sense of profound alarm in the Pentagon leadership that, ‘My God, one tweet and we have reliable information that the North Koreans are going to read this as ‘an attack is imminent.'”

US tensions with North Korea have subsided since Trump and North Korean leader Kim Jong Un met in Singapore June 12, 2018. Kim recently expressed his “unwavering faith” in Trump, and the US president on Sunday praised the North Korean for staging a huge military parade in Pyongyang without the customary display of nuclear missiles.

But the earlier brinkmanship between the two nuclear-armed states — including Trump’s threat September 19, 2017 to “totally destroy North Korea” — had sent tensions soaring.

In his book, Woodward portrays the US president as uninformed and impulsive to the point of recklessness, with White Houses aides at times removing documents from his desk to keep him from taking rash actions.

Woodward’s description of that situation as an “administrative coup d’etat” echoes that of an anonymous senior administration official who spoke, in a recent New York Times op-ed, of a “quiet resistance” to Trump.

Asked what he had concluded, Woodward told CBS: “That people better wake up to what’s going on.”

Amjed Jaaved - 27 July 2021
According to Amjed Jaaved, India is manipulating FATF. With its illegal military endeavors and support to militants in Pakistan and Afghanistan, India should have the top spot in FATF's grey list. However, because India has conducted defense deals with France and the US, it is able to evade the list.

Trump says US, N.Korea ‘negotiating’ on location for next Kim summit

Xi Jinping and Putin meet as US tensions brings them closer