In new twist, Trump suggests US could mediate between Turks and Kurds

This mediation option was the latest twist in the president's changing stance regarding the fate of Kurdish militias that until recently were fighting alongside US troops in Syria. 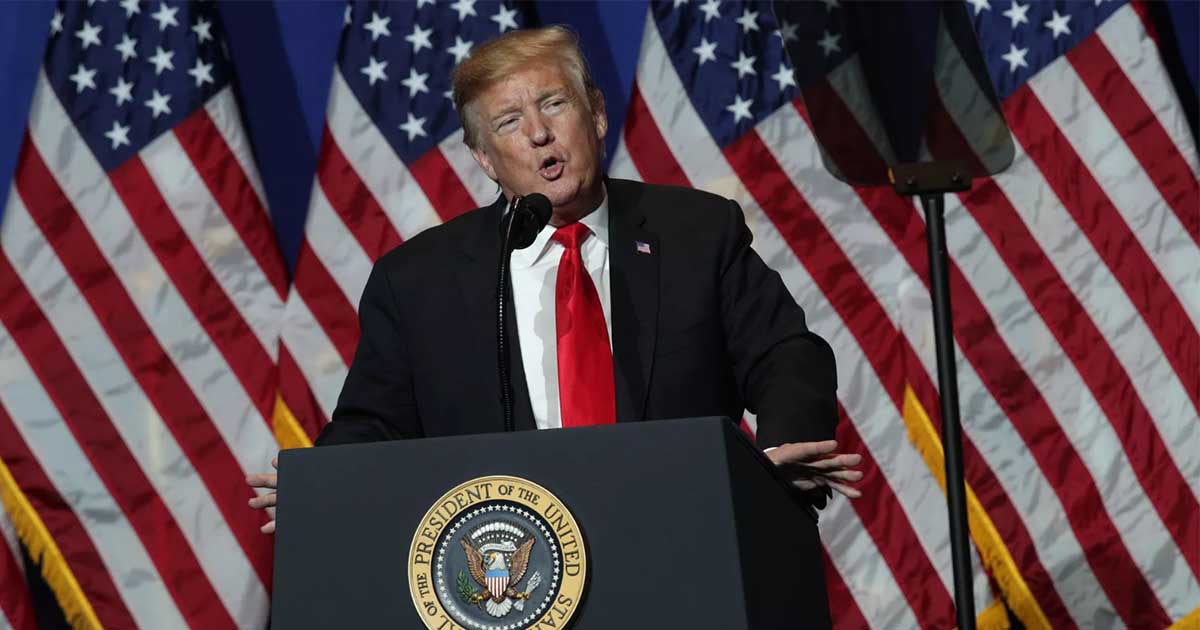 US President Donald Trump suggested Thursday that Washington could mediate between Turkey and Kurdish groups after Ankara launched a military offensive against Kurds who until recently were backed by the United States.

“We have one of three choices: Send in thousands of troops and win Militarily, hit Turkey very hard Financially and with Sanctions, or mediate a deal between Turkey and the Kurds!” Trump tweeted. “I hope it’s going to be the last one,” he told reporters later.

This added third option was the latest twist in the president’s changing stance regarding the fate of Kurdish militias that until recently were fighting alongside US troops in Syria.

Trump then said he intended to limit Turkey’s offensive with the threat of economic sanctions.

Trump has ordered US troops to withdraw from key positions along Syria’s northern border, saying he does not want to stand in the way of a Turkish offensive against what Ankara considers to be a threat from the Kurds.

After coming under fierce criticism from his own party, Trump then said he intended to limit Turkey’s offensive with the threat of economic sanctions. However, it is unclear what the limits for him would be other than that he wants the offensive deep into Syrian territory to be “humane.”

"The last thing I want to do is bring thousands and thousands of soldiers in." Trump floats the possibility of the U.S. playing a mediator role in the Turkey-Kurd fight. https://t.co/BxNpSpKAmW pic.twitter.com/1aieYMTmYg

Despite that, Trump has repeatedly explained that Turkey, a NATO ally, long wanted to attack the Kurds and that the US has only a limited sense of duty to its former battlefield allies in Syria.

Goes on to say the Kurds are only interested in fightin… pic.twitter.com/DH72eNnOtm, see more https://t.co/dVdejLMVTU

Despite suggesting mediation, Trump further muddied the waters by saying: “Let’s see what happens. We are possibly going to do something very, very tough with respect to sanctions.”