Donald Trump has vetoed a congressional resolution that he called was "very insulting'' seeking to limit his war powers in Iran. Trump wants to keep Iran under pressure by keeping his war powers. Relations between the two archrivals are stranded and both spare no moment to threaten each other. 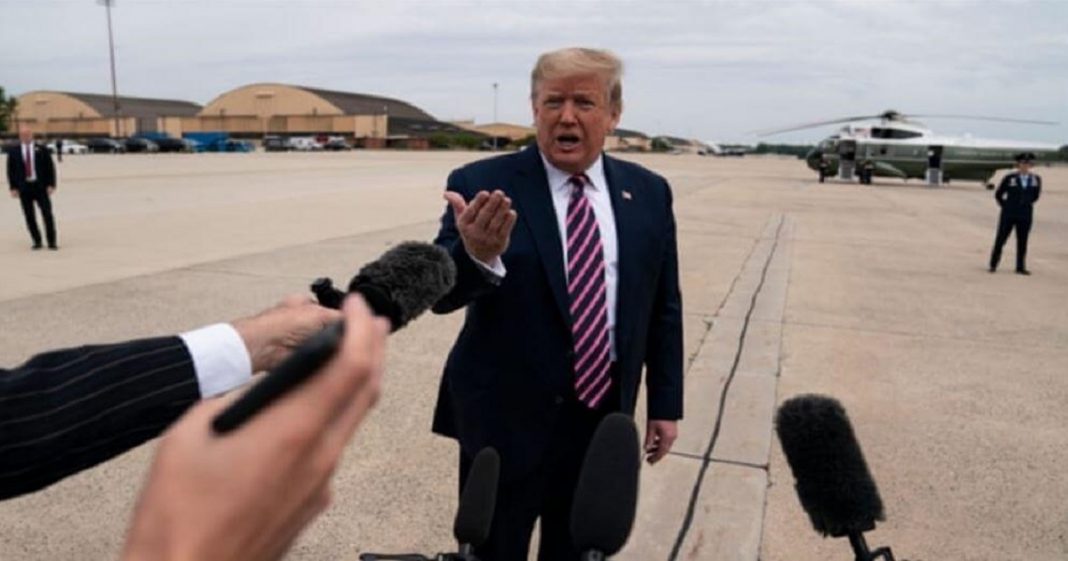 US President Donald Trump on Wednesday vetoed what he called a “very insulting” congressional resolution seeking to limit his war powers in Iran.

In a statement, Trump said he had used his veto because the resolution —  a rare bipartisan rebuke to the president approved in March — was based on “misunderstandings of facts and law.”

The measure stemmed from fears among both Trump’s Republicans and Democrats that the White House was stumbling into war with the Islamic republic.

In the statement, Trump says Congress misinterpreted his constitutional authority as being limited to “defense of the United States and its forces against imminent attack.”

“That is incorrect,” he said.

“We live in a hostile world of evolving threats, and the Constitution recognizes that the President must be able to anticipate our adversaries’ next moves and take swift and decisive action in response. That’s what I did!”

President Trump has vetoed the Iran War Powers resolution, a bipartisan effort to rein in presidential authority to use military force against Iran without congressional approval https://t.co/ySKp0dtShu

The resolution said the US president cannot commit his military to hostilities against Iran or any part of its government or military without explicit authorization from Congress.

Supporters said they wanted to ensure that Congress had the unique power to declare war, as outlined in the US Constitution.

Trump has preached the need for a drawdown of American military entanglements abroad, but has ramped up a hostile relationship with Iran.

Relations between the United States and Iran have been fraught for decades – at least since the U.S. helped overthrow a democracy-minded prime minister, Mohammed Mossadegh, in August 1953.

The U.S. then supported the long, repressive reign of the shah of Iran, whose security services brutalized Iranian citizens for decades.

After more than 25 years of relative stability in U.S.-Iran relations, the Iranian public had grown unhappy with the social and economic conditions that developed under the dictatorial rule of Shah Mohammad Reza Pahlavi.

Pahlavi enriched himself and used American aid to fund the military while many Iranians lived in poverty. Dissent was often violently quashed by SAVAK, the shah’s security service. In January 1979, the shah left Iran, ostensibly to seek cancer treatment.

Two weeks later, Ayatollah Ruhollah Khomeini returned from exile in Iraq and led a drive to abolish the monarchy and proclaim an Islamic government.

Thus the Shah of Iran was overthrown and Ayatollah Ruhollah Khomeini proclaimed himself as the unchallengeable leader of Iran for decades to come.

The same situation persisted until the Obama administration tried to offer a helping hand to Iran so that the Middle East tensions could be eased- and possibly could be vanished.

The Joint Comprehensive Plan Of Action JCPOA or Iran nuclear deal was signed in 2015 that limited the nuclear activities from Iran and in turn, economic sanctions were lifted by the US.

However, Donald Trump unilaterally withdrew from this deal and imposed strict sanctions against the Islamic country. Donald Trump is of the view that Iran does not comply with the agreement reached in the nuclear deal.

This is how these both countries are at loggerheads and spare no moment to threaten each other.

The assassination has inflamed tensions between the two countries.

Soleimani was widely seen as the architect of destabilizing activities by Iran around the world, but Democrats and many experts condemned the decision to kill him as disproportionate and provocative.

Tehran retaliated with a strike against bases used by the US military in Iraq without causing any fatalities, easing fears of a dramatic escalation.

The Trump administration claims it has put Iran back in its box. But a recent verbal escalation following an incident between US ships and Iranian speedboats in the Gulf showed that tensions remain high.

Democratic Senator Tim Kaine hit out at Trump for blocking the resolution.

“I urge my colleagues to join me in voting to override his veto — Congress must vote before sending our troops into harm’s way,” he tweeted.

I urge my colleagues to join me in voting to override his veto—Congress must vote before sending our troops into harm’s way.

To override a veto, two-thirds of the members of both houses of Congress must vote to do so — unlikely, given the Republican majority in the Senate.

It is the second time Trump has vetoed an attempt by Congress to control his military initiatives.

In 2019, Trump vetoed a resolution to end US support for Saudi Arabia’s offensive in Yemen.