US Annoyed as Iran Becomes a Potential Ally of Gulf Nations

As Oil demand shrinks, Iran becomes a potential ally of Gulf nations. The UAE has used the pandemic to solidify its limited outreach to Iran. It was among the first nations to deliver medical aid to Iran and facilitate shipments by the World Health Organization (WHO). At a time when the US-Gulf relations are already soured, these new developments will reshape world politics. New alliances have started emerging amid the pandemic. Dr James Dorsey, an award-winning journalist argues. 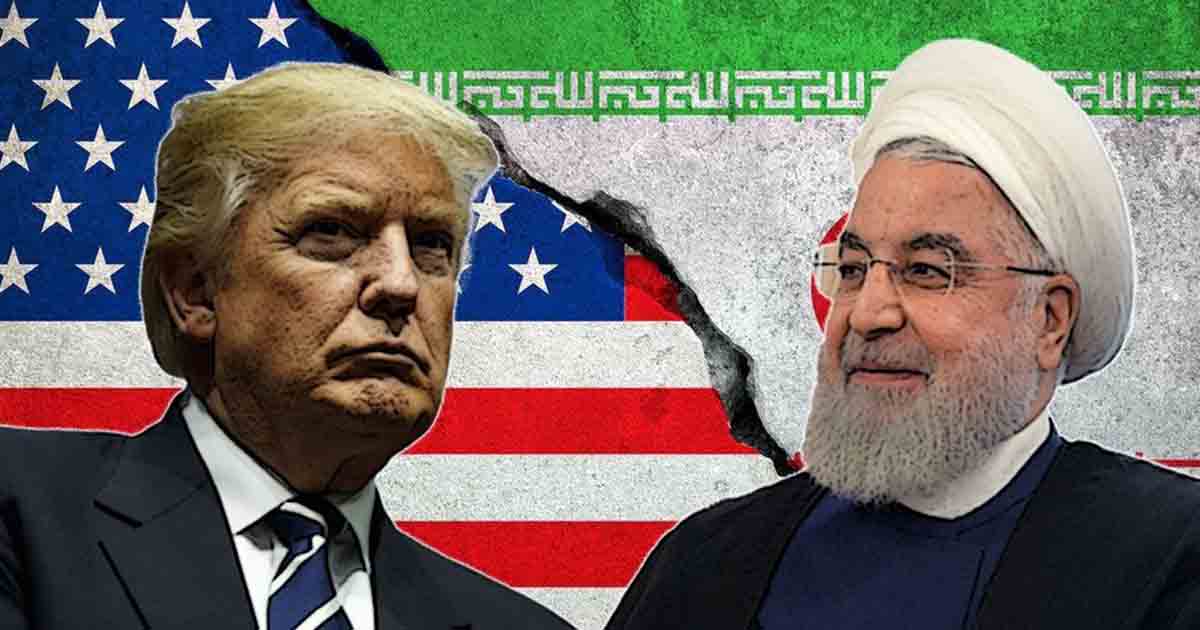 It is early days, but first indications are that the global pandemic is entrenching long-drawn Middle Eastern geopolitical, political, ethnic, and sectarian battle lines rather than serving as a vehicle to build bridges and build confidence.

The coronavirus crisis is also changing the region’s political landscape as non-governmental organizations and militants in countries like Iraq, Syria, and Lebanon fill gaps where governments have failed to cater to social and health needs created by the pandemic.

The empowerment of NGOs and militant groups, particularly where they fill a gap without coordinating with government, potentially raises security issues as militants capitalize on their ability to show up the state’s lack of capability.

The expanded militants’ role takes on added significance as states like Saudi Arabia and the United Arab Emirates use the pandemic to entrench as well as manage many of the Middle East’s fault lines, if not widen them to their advantage.

The pandemic has also not stopped the region’s foremost external power, the United States, from taking Iran’s bait in an escalating tit-for-tat that risks a larger military conflagration.

In a similar vein, as Iran becomes a potential ally of Gulf nations, the UAE has used the pandemic to solidify its limited outreach to Iran, designed to shield the Gulf state from becoming a battlefield in any US-Iranian military confrontation.

While the United States reportedly blocked an Iranian request for US5 billion from the International Monetary Fund (IMF) to fight the virus, the UAE was among the first nations to deliver medical aid to Iran and facilitate shipments by the World Health Organization (WHO).

The UAE began reaching out to Iran last year when it sent a coast guard delegation to Tehran to discuss maritime security in the wake of alleged Iranian attacks on oil tankers off the coast of the Emirates.

The Trump administration remained silent when the UAE last October released US$700 million in frozen Iranian assets as Iran becomes a potential ally. UAE ran counter to US efforts to strangle Iran economically with harsh sanctions.

Support for President Assad, not a humanitarian move

The UAE’s moves amount to a lowering of the temperature. Officials however still insist that there will be no real breakthrough in Emirati-Iranian relations as long as Iran supports proxies like Hezbollah in Lebanon, pro-Iranian militias in Iraq and Houthi rebels in Yemen. When that happens, Iran becomes a potential ally of Gulf nations.

UAE Crown Prince Mohammed bin Zayed made that clear when he phoned Syrian President Bashar -al-Assad in a bid to drive a wedge between Syria and Iran and complicate Turkish military interventions in Syria as well as Libya.

UAE support for Syria and Libyan rebel forces led by Field Marshall Khalifa Haftar spotlight the contradictions in the Emirates’ projection of itself as a humanitarian actor. Neither Mr Al-Assad or Mr Haftar have shied away from targeting hospitals and medical facilities at a time functioning health infrastructure is a priority.

In cuddling up to Syria and reaching out to Iran, the UAE and Saudi Arabia may have common goals even if they pursue them in different ways that are dictated by the degree of risk they are willing to shoulder.

Saudi Arabia’s policies towards Iran: Oil to be made a top priority

As a result, Saudi Arabia, in contrast to the UAE, has maintained a hard line towards Iran even though during the pandemic Iran becomes a potential ally. It has cast aside opportunities to build bridges by, for example, offering Iran medical aid.

Instead, Saudi Arabia appeared to reinforce the divide by accusing Iran of “direct responsibility” for the spread of the virus. Government-controlled media charged that Iran’s allies, Qatar and Turkey, had deliberately mismanaged the crisis.

Moreover, the kingdom, backing a US refusal to ease sanctioning of Iran, prevented the Non-Aligned Movement from condemning the Trump administration’s hard-line at the time of a pandemic.

Saudi Arabia’s failure to follow in the UAE’s footsteps could prove to be costlier than meets the eye. This was the closest to Iran becoming an ally of Gulf nations.

The coronavirus coupled with the global economic breakdown and the collapse of the oil market has somewhat levelled the playing field with Iran with the undermining of the kingdom’s ability to manipulate oil prices as well as its diminished financial muscle.

Saudi Arabia’s Islamic leadership weakened, but not for Pakistan

Add to that the weakening of Saudi Arabia’s claim to leadership of the Islamic world as the custodian of Mecca and Medina, Islam’s two holiest cities, as a result of its efforts to combat the pandemic.

One has to go way back in history to find a precedent for the kingdom’s banning of the Umrah, Islam’s minor pilgrimage to Mecca; the likely cancelling of the haj, Islam’s major pilgrimage that constitutes one of the faith’s five pillars; and the closing down of mosques to avoid congregational prayer.

Just to make things worse, Saudi Arabia has jeopardized its close ties to the United States with an oil price war against Russia that collapsed oil markets, drove oil prices to rock bottom, and significantly undermined the US shale industry with its ten million jobs.

Nonetheless, Saudi Crown Prince Mohammed bin Salman, in a twist of irony given his record on human rights and rule of law, has emerged as a model in some Muslim countries like Pakistan that have been less forceful in imposing physical distancing and lockdowns on ultra-conservative religious communities.

“What if this year’s haj was under Imran Khan rather than Mohammad bin Salman? Would he have waffled there as indeed he has in Pakistan?” asked Pakistani nuclear scientist, political analyst and human rights activist Pervez Hoodbhoy referring to the Pakistan prime minister.

Saudi Arabia has so far carried the brunt of US criticism despite the fact that it remains more closely aligned with US policies than the UAE which to date has succeeded in flying under the radar.

That is a remarkable achievement given that the Emirates backed Saudi Arabia in its debilitating price war by announcing that it too would raise oil production.

The strategy has since been put on hold with an agreement to radically reduce production among members of the Organization of Oil Exporting Countries (OPEC), non-OPEC producers, including Russia, and the Group of Twenty that brings together the world’s largest economies.

In the same vein, the UAE’s outreach to Syria and Iran runs counter to US policy, as Iran becomes a potential ally.

The policy contradictions stem from Gulf efforts to ensure that entrenched conflicts do not spiral out of control, particularly as they battle a pandemic and struggle to cope with the economic fallout.

That is also their core message to US President Donald J. Trump amid heightening tensions with Iran: “Don’t let this get out of hand. You live thousands of miles away. It will be us, not you who pays the price and you won’t be there to rush to our defence,” said a prominent Saudi.

Dr James M. Dorsey is an award-winning journalist and a senior fellow at Nanyang Technological University’s S. Rajaratnam School of International Studies in Singapore. He is also an adjunct senior research fellow at the National University of Singapore’s Middle East Institute and co-director of the University of Wuerzburg’s Institute of Fan Culture in Germany. The views expressed in this article are the author’s own and do not necessarily reflect the editorial policy of Global Village Space.

Previous articleMedia Management: Why is Gen (R) Asim Bajwa a good choice?
Next articleTrump faces backlash within administration over WHO fund halt

16 September 2021
Previous articleMedia Management: Why is Gen (R) Asim Bajwa a good choice?
Next articleTrump faces backlash within administration over WHO fund halt

Gulf crisis continues to fuel the fire in Syria and Iran

Is Middle East witnessing an end of civil wars and sectarian strife?