Trying to woo voters a second term in office, Trump gave a new twist to his immigration rhetoric while talking appealing to Hispanics. 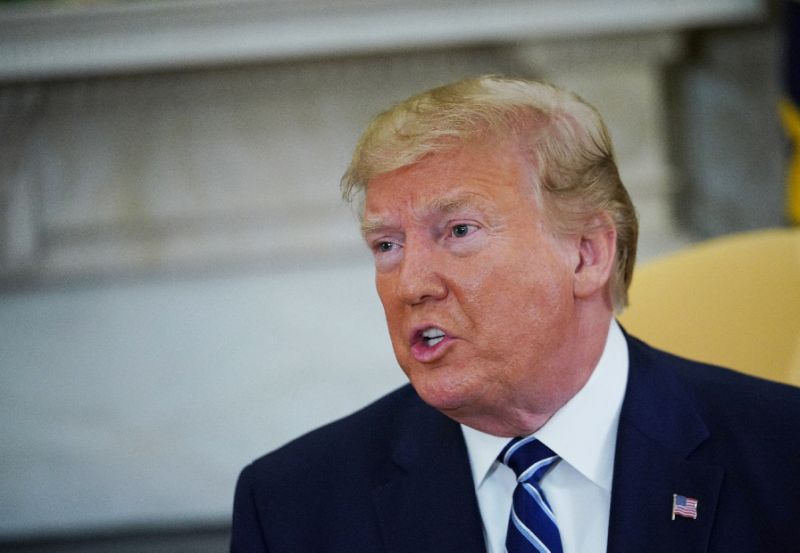 US President Donald Trump, who officially launched his campaign for re-election this week, pitched himself to Hispanic voters and immigrants Thursday during an interview with the US Spanish-language network Telemundo.

“I love immigrants,” Trump said, when presenter Jose Diaz-Balart asked the president about his administration’s policies on child separation, on the DACA program protecting people brought to the US illegally as children — which the president ended — and on his “zero-tolerance” border plans.

“You mean illegal immigrants,” Trump said. “Because I’ve been very good to immigrants.”

“This country is based on immigrants,” he said, insisting he’d welcome even more to help fill the industrial jobs he says he’s brought back to the US during his tenure.

During the interview — his first with a Spanish-language TV network — Trump boasted of his popularity among Hispanics, claiming a 17-percent polling improvement among the group, and said his presidency has seen the lowest-ever rate of unemployment among Hispanics.

And that popularity is all thanks to his immigration and border policies, Trump said.

“Because Hispanics want toughness at the border,” he said. “They don’t want people coming and taking their jobs. They don’t want criminals to come, because they understand the border better than anybody.”

Asked about tweets earlier in the week in which Trump claimed that Immigration and Customs Enforcement (ICE) would begin deporting “millions of illegal aliens,” the president said he wasn’t just talking about people from Latin America.

Trump praised Mexico’s recent efforts to reduce the flow of migrants through their northern border into the US after the White House threatened the country with punitive tariffs.

Read more:Why Trump is so adamant for the Wall?

And he said he believes 2020 Hispanic voters will appreciate his strong stances on Venezuela and Cuba.

“Because I’ve been tough on Cuba,” Trump said. “Not the way Obama did it, which was a disaster.”

The president himself kicked off his 2020 re-election campaign Tuesday in Florida, a key state where the Hispanic vote is powerful.

Every household in Delhi to be tested for coronavirus