Despite the current 70 year lull in ‘open war’ between the World’s great powers, US President Trump’s strong-arming tactics and his infamous ‘bully boy’ routine of exerting maximum economic/military pressure has turned out to be a nightmare for the extremely volatile Middle-East region. The Middle East’s economies are still attempting to recover from the destruction left in the wake of US’ misadventures under the label of the ‘War on Terror’. Iraqi officials have said that the Iraqi economy would “collapse” if Trump administration decides to impose threatened sanctions. 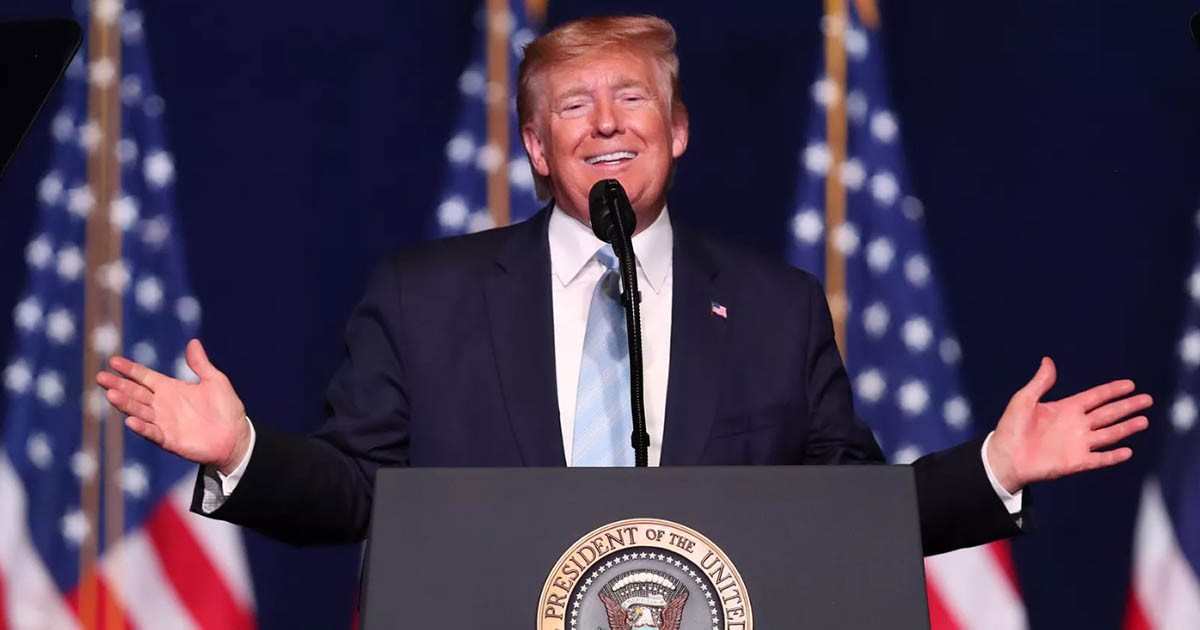 The Middle East’s economies are still attempting to recover from the destruction left in the wake of US’ misadventures under the label of the ‘War on Terror’.

The ‘hawkish’ nature of Trump Doctrine is, however, hindering and impeding the establishment of peace and stability in the region. The most recent upset in the progress towards peace came with the US drone strike that killed Iranian General, Qassem Soleimani.

Iraqi officials have said that the Iraqi economy would “collapse” if Trump administration decides to impose threatened sanctions, including blocking access to a US-based account where Baghdad keeps oil revenues that feed 90 percent of the national budget.

Political analysts have been fumbled by the lack of clarity in the strategy of the US forces in the region. This is evident from the letter, sent by the US Forces’ commander in the region to the Iraqi administration, informing them of imminent US troop withdrawal from Iraq.

The Pentagon, however, said the letter was sent ‘by mistake’ and subsequently adopted a completely opposite position, in line with the infamous ‘Trump Doctrine’.

US President Donald Trump was outraged by the Iraqi parliament voting on January 5 to oust foreign forces, including some 5,200 American troops, who have helped local soldiers beat back jihadists since 2014.

If troops were asked to leave, he threatened, “we will charge them sanctions like they’ve never seen before.”

US sanctions threats cast shadow on Iraqi economy – here's a comprehensive piece by @iraqoilreport on what that could mean in practice: https://t.co/E3Z5ZQgkmV— Louisa Loveluck (@leloveluck) January 12, 2020

“The PMO got a call threatening that if US troops are kicked out, ‘we’ — the US — will block your account at the Federal Reserve Bank in New York,” one official said.

Parliament’s vote to oust the troops was triggered by outrage over a US drone strike on Baghdad two days earlier that killed top Iranian commander, General Qasem Soleimani (commander of Iran’s Quds Force) and his Iraqi right-hand-man, Abu Mahdi al-Muhandis.

The Central Bank of Iraq’s account at the Fed was established in 2003 following the US-led invasion that toppled ex-dictator Saddam Hussein.

Under United Nations Security Council Resolution 1483, which lifted the crippling global sanctions and oil embargo imposed on Iraq after Saddam’s invasion of Kuwait, all revenues from Iraqi oil sales would go to the account.

Iraq is OPEC’s second-biggest crude producer and more than 90 percent of the state budget, which reached $112 billion in 2019, derives from oil revenues.

To this day, revenues are paid in dollars into the Fed account daily, with the balance now sitting at about $35 billion, Iraqi officials said.

Every month or so, Iraq flies in $1-$2 billion in cash from that account for official and commercial transactions.

“We’re an oil-producing country. Those accounts are in dollars. Cutting off access means totally turning off the tap,” the first Iraqi official said.

The second official said it would mean the government could not carry out daily functions or pay salaries and the Iraqi currency would plummet in value.

“It would mean collapse for Iraq,” the official said.

A third senior Iraqi official confirmed the US was considering “restricting” cash access to “about a third of what they would usually send.”

The Federal Reserve declined to comment on Trump’s threat.

It's not our fucking country. If they don't want us there anymore then get the fuck out!
Trump administration warns Iraq could lose New York Fed account if US troops forced to leave: WSJ – CNBChttps://t.co/eTNIdeGV8s— David A. Martinez (@tabatt13) January 11, 2020

A US State Department Official confirmed to AFP that the possibility of restricting access to the Fed account was “raised” with Iraq following the vote.

“You can imagine why, if troops were expelled, banks might be nervous about sending lots of… cash to Baghdad,” this official said.

But the US threat was still highly unusual as the Fed is meant to be independent of foreign policy.

“The attempt to politicise dollar shipments has the Bank worried because it affects its prestige and integrity in dealing with clients,” the State Department official added.

“Trump is obviously willing to politicise everything.”

Apparently Washington is so desperate to keep thousands of troops in Iraq that it’s willing to destroy the Iraqi economy. https://t.co/ZhdQPYt94K

Washington has considered the measure for months, with a senior US diplomat at the Baghdad embassy telling AFP in July it was looking at “limiting the cash that comes into Iraq.”

“That would be the nuclear option,” this diplomat added at the time.

Just before Iraqi lawmakers voted on the troop ouster, Speaker Mohammad Halbusi warned the world could stop dealing with Iraq’s banks in revenge for the move.

Blocking the Iraqi central bank’s Fed account could be done by blacklisting a government body, which would immediately restrict Baghdad’s access to dollars.

The US already sanctions Iraqi nationals, armed groups and even banks for links to Tehran, Washington’s arch-foe in the region.

It had left oil revenues untouched, with officials previously telling AFP such a move would be too damaging to a country considered a US ally.

US would ‘lose Iraq’

But ties worsened recently, with the US frustrated by Iraq’s alliance with Iran and repeated rocket attacks on US installations blamed on Iraqi factions.

Relations then took a nosedive with the January 3 US drone strike that killed Soleimani and Muhandis, a senior Iraqi paramilitary figure.

Iraq slammed the killings as a violation of its sovereignty and immediately called for the vote on US troops.

The US is considering other — less inflammatory — options too, US and Iraqi officials said.

One would be declining to renew a temporary waiver that Washington granted to Iraq in 2018 that allows Baghdad to import gas from Iran to feed its gutted power grid, despite US sanctions on Tehran’s energy sector.

If Washington does not renew the waiver in February, then the Trade Bank of Iraq (TBI), which buys the gas, could face secondary sanctions for dealing with blacklisted Iranian entities.

Iraqi officials said the US threat to deny access to oil revenues was met with shock, anger and near-disbelief.

Read more: Is Iran’s economy collapsing under crippling sanctions by US?

“The PM was pissed and insulted,” one official told AFP. Another said the US would then irreversibly “lose Iraq.”.

“They’d push us towards Russia, China, Iran. We’d have to form a separate economy with those countries.”

Iraq suffering in the crossfire of US-Iran conflict