US SpaceCom is all set under US Air Force and President Trump to launch its Space warfare operations and President Trump launched a new Pentagon command dedicated to warfare in space. The US sees China and Russia as an enemy in space and seeks to counter it 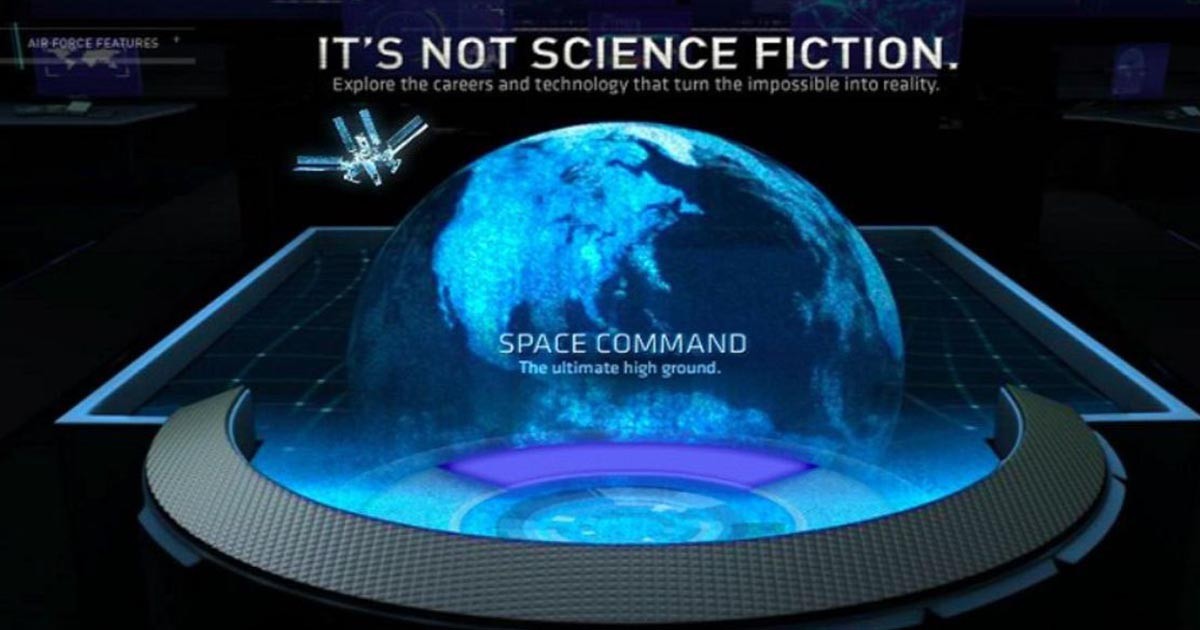 “This is a landmark day, one that recognizes the centrality of space to America’s security and defense,” Trump said in a White House ceremony.

“SpaceCom will ensure that America’s dominance in space is never threatened.”

The new command will elevate space – largely the satellites and high-altitude aircraft essential to modern-day warfare – to a focused theater of combat, the equal of the US Central Command governing the Middle East and the Pacific Command, which manages defenses in the Western Pacific and Asia.

While the US Air Force already has a dedicated warfare operation, SpaceCom will heighten its importance and foster specialized systems and training for expanse showdowns.

“The dangers to our country constantly evolve and so must we,” said Trump.

“Our adversaries are weaponizing earth’s orbits with new technology targeting American satellites that are critical to both battlefield operations and our way of life at home.”

“Our freedom to operate in space is also essential to detecting and destroying any missile launched against the United States,” he added.

Air Force General John Raymond, who will lead the new command, said ahead of the White House ceremony that US rivals China and Russia are already pouring huge resources into expanse operations, where they believe they can, in a conflict, diminish US advantages.

The challenges range from adversaries jamming communications and GPS satellites to, as China demonstrated in 2007, ground-launched missiles used to physically destroy satellites.

After SpaceCom, US Space Force

“We are at a strategic inflection point where there is nothing that we do as a joint coalition force that isn’t enabled by space,” Raymond told reporters at the Pentagon.

Read more: In space, the US sees a rival in China

The Space Command is the Pentagon’s 11th full command and second launched in two years.

Last year the Pentagon elevated its cyber warfare operations to CyberCom, recognizing that online attacks and defense constituted a unique theater of combat.

Trump though has a much more ambitious vision for space warfare.

In June 2018 he ordered the Department of Defense to create a much larger Space Force, a dedicated branch of the military equal to the existing forces, the US Army, Air Force, Navy, Marines and Coast Guard.

Trump marks the start of Spacecom to counter Russia and China https://t.co/Y2iaRIaXkq

That much more ambitious and expensive move would require Congress’s approval. Some in the Pentagon, including the former defense secretary James Mattis, have opposed the idea as unnecessary and creating new bureaucracy.

“The Space Force will organize, train and equip warriors to support SpaceCom’s mission.”

Steve Kitay, Deputy Assistant Secretary of Defense for Space Policy, said a proposal could be added to the Defense Department’s budget in the coming year, calling it a “strategic imperative.”

Today is the official establishment of @DeptofDefense's U.S. Space Command!

In China and Russia, he said, “there is a perception that space represents an [American] Achilles heel and that this is an asymmetric advantage for them to then take on the United States’ power.”

“Space will not be an Achilles heel” for the US, he said.

Previous articleHas Modi’s Fascist scheme of Ethnic Cleansing already started in Assam?
Next articlePM Khan on Kashmir Hour: India must know that Pakistan will not back down on the Kashmir cause

29 July 2021
Previous articleHas Modi’s Fascist scheme of Ethnic Cleansing already started in Assam?
Next articlePM Khan on Kashmir Hour: India must know that Pakistan will not back down on the Kashmir cause

Doubts over Turkey ability to ‘eradicate’ IS after US pull-out

Deadlock in Geneva: who is preventing new dialogue on Syria?