‘Trump Doctrine’ threatens to pull the world order into chaos

Soleimani killing and the ensuing chaos has lifted the smokescreen of Trump's campaign mantra, "no more stupid wars." Analysts believe that the drone strike was part of Trump's efforts to divert attention from his impeachment trial and build himself up as a wartime commander ahead of upcoming U.S. Presidential Elections. 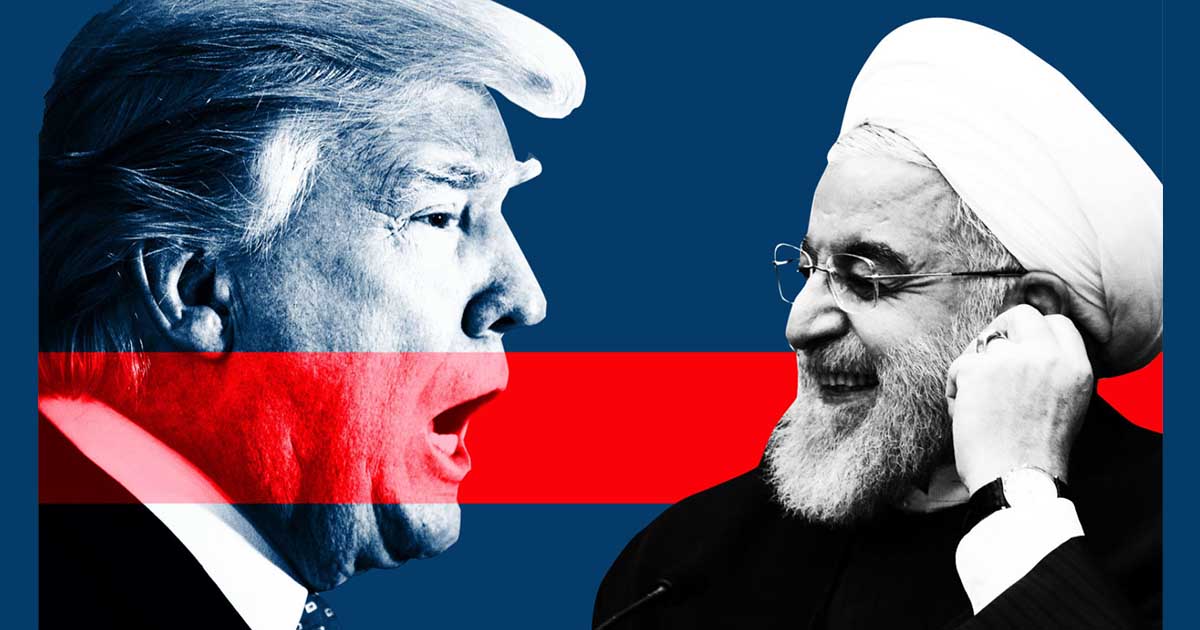 Even though President Trump campaigned on the promise of “no more stupid wars”, his recent order of drone strike that killed top Iranian General gives indications that the ‘Trump Doctrine’ far from what he claimed it to be.

Since the day of his surprise election victory in 2016, Trump has signaled an end to what critics long derided as Washington’s global “policeman” role.

Now though, Trump is celebrating his order to kill Qasem Soleimani, who as commander of the elite Revolutionary Guard Corps’ foreign operations was arguably the second most important person in Tehran and a lynchpin of Iranian policy across the region.

“He should have been taken out many years ago!” Trump tweeted Friday, adding triumphantly that Soleimani “got caught!”

That and an earlier tweet simply posting an American flag show Trump building himself up as a wartime commander ahead of his November reelection attempt and looming impeachment trial in the Senate.

History doesn’t always repeats itself but it often rhymes. In 1998, Bill Clinton attacked Iraq while delaying his impeachment process and eventually escaped it. Trump is doing the same. #Iran #worldwar3 #WWIII #Soleimani pic.twitter.com/bNgQOQOPDd

It’s a posture he will likely promote further at a speech in Florida later Friday to right-wing evangelical Christians.

Until now Trump has built his brand on a very different platform.

While he has imposed crippling economic sanctions on Iran he has repeatedly stressed unwillingness to attack the longtime US foe militarily. And in North Korea, a potentially even more dangerous foe, Trump has gone out of his way to befriend dictator Kim Jong Un.

#Trump administration briefed Israel on the #Suleimani attack before it briefed Congress#Pompeo, who revealed that he discussed the attack with Russian Foreign Minister #Lavrov#MOG#MAGA#WagTheDog#WorldWarIII
https://t.co/gAGMCuyL1E

That stand gets enthusiastic applause at rallies around the country, following two decades of costly, unpopular and often seemingly fruitless US battles in places like Afghanistan and Iraq.

Since the day of his surprise election victory in 2016, Trump has signaled an end to what critics long derided as Washington’s global “policeman” role

That triggered an almost overnight shift in regional power, with Russia, Turkey, Iran and the Syrian government gaining ground. Trump dismissed the ensuing outcry from even his own Republican party, saying that “stupid endless wars, for us, are ending.”

“GOING INTO THE MIDDLE EAST IS THE WORST DECISION EVER MADE IN THE HISTORY OF OUR COUNTRY!” he tweeted in his trademark all-caps style.

That was much the same message issued a month earlier when Trump fired national security advisor John Bolton, a hardliner who has pushed for overthrowing the government in Iran.

This was also the message Trump, not even a politician then, delivered back in November 2011 when he lashed out at President Barack Obama. “In order to get elected, @BarackObama will start a war with Iran,” Trump sniped. In fact, Obama did not go to war with Iran and won reelection in 2012.

“Be prepared, there is a small chance that our horrendous leadership could unknowingly lead us into World War III.”

Authoritarian tyrants love their wars.
As he descends us further into fascism, he will try to destroy & take our entire country down with him.#WagTheDog#Iraq https://t.co/VrLWw6juNe

The White House is portraying the Soleimani killing as evidence of strength. The Iranian general was for years seen by both Democrats and Republicans as the single most important individual behind deadly attacks on US interests in the Middle East.

Most recently he was accused of approving a mob’s attack on the US embassy in Baghdad this week. But while Republicans publicly approve the Soleimani killing, Democrats claim Trump is now going down precisely the warmongering path he long railed against.

“Trump promised to end endless wars, but this action puts us on the path to another one.”

Foreign allies, spooked by what they see as the growing US leadership vacuum abroad, are ever more alarmed. “We have woken up to a more dangerous world,” France’s Europe Minister Amelie de Montchalin told French radio.

It might help an impeached President in an election year to divert attention from his domestic woes, but for a region already struggling to cope with armed conflicts and interventions, it could be dangerously consequential. @the_hindu's edit. #Suleimanihttps://t.co/bB4xvssZ98

Trump habitually dismisses Washington’s European allies, but he will no doubt be watching the reaction of the US stock market — one of his favorite barometers of economic performance in the run-up to this year’s election.

Pakistan ranked number one Twenty20 team in the world

“Looks like Iran is responsible”, Trump on Saudi oil attacks