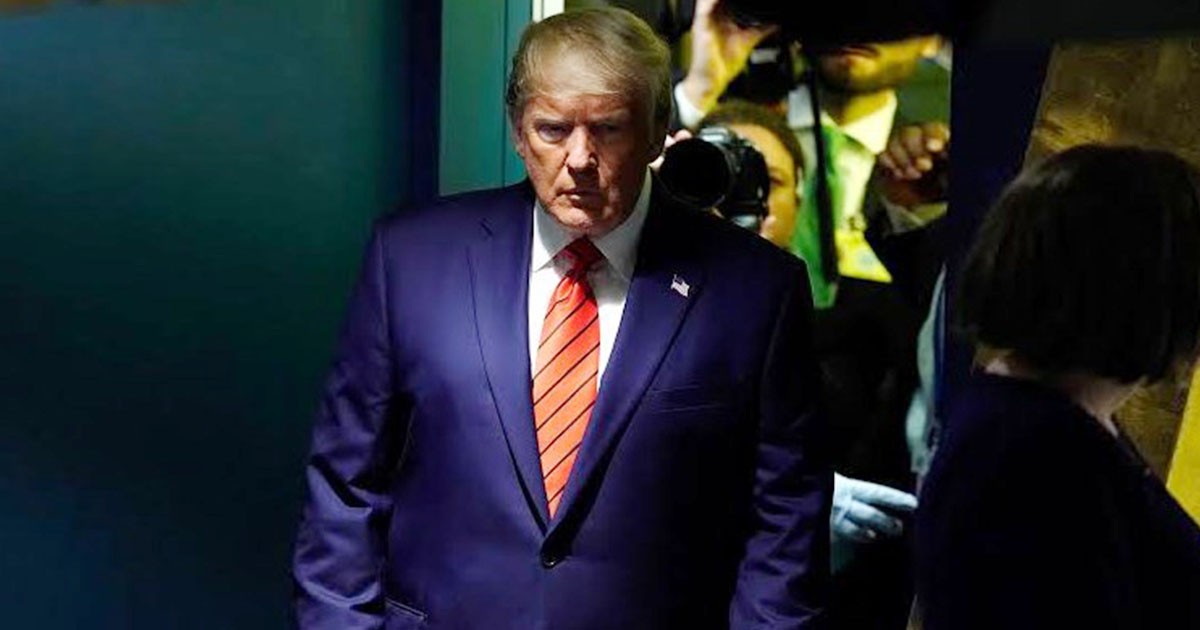 A senior US diplomat saw President Donald Trump’s pressure for Ukraine to investigate his Democratic rival as a threat to the rule of law in both countries, testimony released Thursday showed.

As Congress moved towards launching public hearings on impeaching Trump next week, it also upped the pressure on his key aides to appear behind closed doors.

It's Happening: Speaking in an exclusive roundtable with Bloomberg News, @SpeakerPelosi says public hearings for the impeachment inquiry into Trump will begin this month.

Acting chief of staff Mick Mulvaney had already been summoned to appear Friday, but investigators raised the stakes, issuing a subpoena, US media reported late Thursday. It was not clear if he would comply.

The testimony released earlier in the day from Deputy Assistant Secretary of State George Kent added to the evidence that Trump may have abused his office and violated election laws by seeking Ukraine’s help for his re-election campaign.

Kent indicated both concern and resistance in the State Department to Trump’s efforts to gain election support from Kiev, and also fingered Trump’s personal lawyer Rudy Giuliani as central to those efforts.

He told House investigators on October 15 that he believed White House pressure on Ukrainian President Volodymyr Zelensky to open investigations against US Democrats would undermine US policy toward Ukraine.

Kent’s concerns in mid-August, after he learned of a linkage between US military aid to Ukraine and Zelensky doing what Trump wanted, were strong enough to file an official State Department memo.

I wrote a note to the file saying that I had concerns that there was an effort to initiate politically motivated prosecutions that were injurious to the rule of law, both in Ukraine and the US

Washington should not be making such demands, he said, “because that goes against everything that we are trying to promote in post-Soviet states for the last 28 years, which is the promotion of the rule of law.”

Kent’s testimony was the latest released in advance of the start of open hearings next Wednesday, which will give the American public their first view of the building impeachment threat to Trump’s presidency.

He and his colleagues recognized the impropriety of Trump’s Ukraine pressure campaign to undertake politically-motivated investigations.

He corroborates testimony from numerous other officials, and he documented it.

Democrats are aiming to make Trump only the third president in US history to be impeached, which would see him go on trial for removal in the Republican-dominated Senate.

In a letter to fellow lawmakers Thursday, Congressman Adam Schiff, the leader of the inquiry, laid out three specific questions they seek to answer, signaling that he hoped to streamline the coming hearings:

— Did Trump seek a foreign leader’s and government’s help for his personal political interests, including investigating his potential 2020 opponent?

— Did Trump use the power of his office, including withholding aid, to pressure Zelensky to help advance Trump’s personal political interests?

— Has Trump sought to obstruct the Congressional investigation and suppress or cover up evidence about his behavior?

Depositions of senior administration officials continued Thursday as Democrats built their case ahead of the open hearings, which will be televised.

According to reports, she told interviewers that Trump’s controversial July 25 phone call with Zelensky, in which he sought the Ukraine leader’s help in getting dirt on the Democrats and specifically possible 2020 opponent Joe Biden, was a political phone call, not a diplomatic one.

Democrats allege that Trump held up $391 million in military aid for Ukraine to force Zelensky to investigate Biden and also to look into what Trump believes — with little evidence — was Ukraine’s support for Democrats in the 2016 election.

Trump has defended the July call as “perfect” despite a heavily edited transcript appearing to support the allegations against him.

More than one dozen witnesses so far appear to have supported the Democrats’ allegations, which could lead to formal charges, or articles of impeachment, against Trump.

Mulvaney, the highest-ranking White House official to be subpoenaed, would likely be asked about his public admission at a press briefing last month that Trump had linked aid for Ukraine with probes into Democrats.

Mulvaney later walked back that admission.

"We hope Mr. Mulvaney does not hide behind the President’s ongoing efforts to conceal the truth and obstruct our investigation,"says an official.— Geoff Bennett (@GeoffRBennett) November 8, 2019

After Democrats met Thursday to discuss their agenda, CNN reported that they could be aiming for a vote by the end of the year, which would send the process to the Senate.

Trump continued to defend his Ukraine work Thursday, tweeting that people should “Read the Transcript” of the call.

Another Pakistani Worker Honored for his Honesty by Dubai Officials

Bakhtawar Bhutto says “This is not Islam”; Ramazan bill attracts the public’s ire

US & Israel ramp up pressure on Iran to dismantle nuclear program