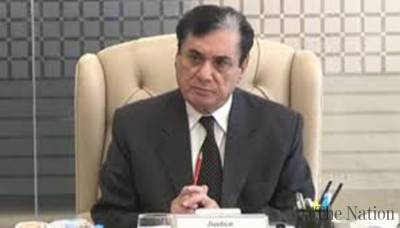 As a nation we must make a firm resolve, not to elect or promote individuals that we cannot trust. Tranquil human life revolves around trust in the absence of which chaos takes charge as we are witnessing today in the Islamic Republic of Pakistan (IRP). From the first Prime Minister (PM) Nawabzada Liaquat Ali Khan to the 22nd Imran Khan how many PMs were trustworthy? From the first elected assembly of 1946 to the present one how many elected representatives have lived up to our expectations?

With non-functional state institutions and rampant corruption, there is a serious trust deficit. The interests of the people of Pakistan have been compromised with impunity. Individuals with authority operate as if they were free from punishment. Corruption, conflict of interest, revolving doors, nepotism, influence peddling all forms of exploitative mechanisms are employed.

It is a relatively small country with a population of 5.4 million so for them, the transition would be relatively easier. It remains to be seen how she would liberate her country from the clutches of the corrupt.

Authority can only be exercised with trust, in the absence of which the system goes into free fall. National Accountability Bureau (NAB) is investigating the corruption of former President, the previous prime minister was sent home by the Supreme Court, Federal Ministers are also under scrutiny. Individuals facing accountability come with great fanfare with their supporters and wave victory signs, there is no remorse or reflection of their misdeeds.

Recently in Slovakia, a 45-year-old female activist has been elected President. She ran her campaign under the slogan of “stand up to evil”. She talked about capture of the state and pulling strings from behind. Influence of the Italian Mafia was also highlighted by her. It is a relatively small country with a population of 5.4 million so for them, the transition would be relatively easier. It remains to be seen how she would liberate her country from the clutches of the corrupt.

In 1950 Pakistan was poised to be the first Asian Tiger under the elected leadership of Liaquat Ali Khan. There was honesty and simplicity. Against the Pak Rupee, the worth of Indian Rupee was 11 Anna and 2 Paisa. US Dollar was worth 3 Rupee 4 Anna 11 paisa. Against the US$ the Rupee has lost 4333% value against the Indian 297%. The PM had promised to the nation that he would not own a house till every countrymen had one. In the assembly there were ‘Toadies’ but no GHQ propelled corrupt to the core politicians like the Chaudhrys of Gujrat, Wattoos of Okara or the Sharif of Lahore. this phenomena of pulling strings from behind and propelling third rate political leadership must stop.

With a population of over 220 million the transition to a corruption free country is no simple task. A lot of homework and planning is needed. The four martial laws (1958, 1969,1977, 1999) have not helped. Only the organizational structure of the Armed Forces remains intact, all other institutions have collapsed. While the Air Force and Navy have remained apolitical the Army has not. Only two elected assemblies have been able to complete their terms, rest have been sent packing. Those who tried to serve has been either humiliated or eliminated (Liaquat Ali, Zulfiqar Ali Bhutto, Hussain Shaheed Suhrawardy, Muhammad Khan Junejo).

In order to restore trust, there can be no ‘deal’ or ‘dhel’ as is being tried by the unscrupulous. We the people of Pakistan demand control of our state.

As a nation, we have gone full circle from complete to no trust in our leadership. Imran Khan has rightly taken a firm stand against corruption, he is trying to rebuild trust. Perhaps he stands out as one of the few credible leaders post 1977 when the nation has been engulfed in Zia dark ages. The partyless 1985 electoral exercise jelled vicious interests together. Ideology less parties like PML-N, PML-Q started to dominate the political arena. Instead of coming clean in the accountability process they discuss capability and the kickback projects driven by them while pointing fingers at others.

Pakistan People’s Party (PPP) remained ideological political entity till Asif Zardari managed to occupy the driver’s seat. I had the chance of meeting Rana Shaukat Mahmood one of the founders of the party a few days before his death. I asked him if PPP would be able to make a comeback. Without hesitation, he said ‘no’, all the ‘givers’ have been ousted and the ‘takers’ given important positions under the circumstances the movement is dead.

Read more: The black gold at Thar – Farid A Malik

When plots were being doled out in the new capital, Justice A. R. Cornelius was also accommodated. A four Kanal plot was gifted to him, he returned the documents with a thank you note saying, “I am very happy with my living arrangements at the Faletti’s Hotel, do not need the plot”. He dissented with Justice Muhammad Munir in the famous ‘Maulvi Tamizuddin’ case.

After his death Justice (Retd) Jawad Khawaja went to collect his worldly belongings to hand over the room to the hotel. It consisted of one leather suitcase and few photo frames. He was not alone in his crusade of service and sacrifice, there were several others of his generation who followed into his footsteps.

It was complete trust in Jinnah’s leadership that created Pakistan. People reposed their trust in Imran Khan to build ‘Naya Pakistan’ which is, in fact, the original progressive, corruption and debt free country that the father of the nation had envisioned. In order to restore trust, there can be no ‘deal’ or ‘dhel’ as is being tried by the unscrupulous. We the people of Pakistan demand control of our state. Our patience has run out, it is now a matter of survival for us. The era of impunity is over.